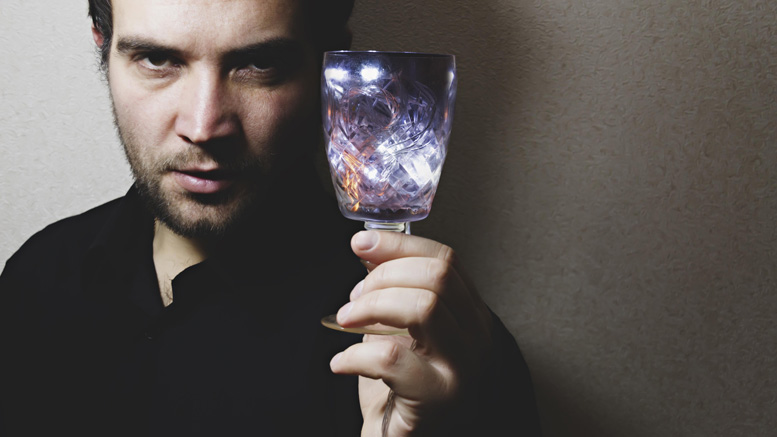 Disclaimer:  Like any group of individuals, the Latinx community does not function as a monolithic structure. As such, the piece that reflects a common experience in my own nuanced narrative and those of other Latinx LGBTQ individuals but, certainly not a universal one. Therefore, it should not be used to generalize the experiences of other LGBTQ Latinx individuals.

For the majority of my adolescence, objectification was something I observed from the margins but did not experience firsthand. I was an adolescent questioning his identity while situated in a predominantly white heterosexual community and so I scarcely found myself the target of violent desire. Truthfully, I callously assumed sexual violence existed in a cisgender, heterosexual framework.

Those perceptions quickly unraveled shortly after coming out as queer during my first year of university studies. Whether I was engaging men in bars, clubs, or geo-social apps like Grindr, the same constant remained. Long before my name was asked or my eccentric quirks were identified, I was being “complimented” on my “spicy personality,” my “Latin hips,” or being told by white men how excited they were to use my hypersexual drive to satisfy their most carnal desires.

For a while I thought gratitude was the appropriate response to such claims. As a brown person, I knew first-hand the value the gay male gaze placed on whiteness, muscles, and lean body frames and so perhaps this was finally my community’s time to shine. But the reality is that the absence of hostility is not synonymous with the presence of respect and value. This is not to say that physical appreciation in of itself is harmful or that an increased sex drive is a negative behavior. Rather, it is a reminder that the impact of language is based on the experiences of the recipient and the presumptions and/or intentions of the commentator.

The fixation placed on many in the Latinx community to succumb to the sexual roles presented to us by white fetishization is harmful. Stripping us of nuanced experiences and unique identities, we become restricted to the needs of our white counterparts and our worth is contingent on our ability to satisfy those needs. If we choose to disengage from the passionate, sensual Latinx trope then we are once more relegated to our status as second class beings unworthy of affection. However, if we continue to appease the demands of the white male gaze, we still find ourselves at the nexus of physical and/or mental harm.

Pressured or coerced agreement into sexual behaviors is a common experience amongst LGBTQ Latinx individuals. We find ourselves engaging in behaviors we may normally not feel comfortable exploring because the currency obtained from the transaction is long denied affection and approval by white gay men. This is not to be confused for consent. Skewed power dynamics and partner pressure often strips queer people of color of complete agency. This leads to exacerbated rates of sexual violence and assault in QPOC communities compared to our white LGBTQ counterparts. Saying racial prejudice does not play a role in sexual interactions is quixotic at best and fatal at worst.

Similar trauma exists in the realm of mental health. Body shaming on the basis of skin color, race, and physique often leads to higher rates of depression, self-harm, suicidal ideation and suicide attempts in queer people of color, Latinx individuals not exempt. As a result, objectification along the axis of sensuality at first presents as a solution to these mental health struggles. Finally, we have have escaped the shadows and been presented as the coveted standard of desire. Over time, though, the constant need to modify and revise behaviors and identity politics for the sake of satisfying white gay male needs erodes at mental health in a similar manner. Shredding the aspects of ourselves that do not project sex symbols status fatigues us and triggers depression. Many Latinx individuals speak to fatigue and low self-worth after white partners express frustration with their inability to regularly meet their expectations in terms of sexual drive or desire. Redefining ourselves to meet the standards of others reduces energy and drains us of optimism.

White individuals do not always readily acknowledge the ramifications of the language they use to address and “flatter” Latinx people and other QPOC—a tragic byproduct of the “colorblind era.” But I beg the following question—when was the last time white individuals were regularly associated with sexual behaviors or certain anatomical traits in the way that POC are (i.e. “Big Black C$$k,” “Latinx hips,” “submissive Asians,” etc.)? There is often a specific (i.e. sexual) intention when we speak to the QPOC aesthetic and it can strip us of agency and create long-term harm. In exchange for reclaiming our lands, many in white communities have instead opted to colonize our bodies, treating them as property for their own self-serving interests.

To my QPOC community, and especially my Latinx community, I want to remind you that your glory and grandeur is independent of the perceptions that others place on you. You are the children of deities and a reflection of flawlessness. To my white allies—I ask that you continue to listen to queer people of color when we discuss the ways in which we are marginalized and I ask that you continue to hold your peers accountable when they engage in harmful verbal or physical violence. People of color do not exist for the purposes of white satisfaction. We are brilliant, we are powerful, and we are worthy of healthy love, respect, and appreciation.

*Mike Yepes is a genderqueer Latinx social justice activist in the Greater Boston area. They graduated from Brown University in 2013 with a B.Sc. in Neuroscience and currently works in the realm of sexual health advocacy while applying to graduate programs to pursue a Master’s in Public Health. Their long term interests revolve around health care equity for immigrant, queer, and POC communities and those who find themselves at the intersection of these identities.