Extremist religion has been—and still is—a thorn in the side of transgender people’s rights. Of course, these religious extremists will cry that it’s religious freedom to do what they want to do. But as time goes on, they are seen as parochial, dogmatic, and just plain wrong. The courts will back that statement up.

Recently in Ohio, a college professor lost a court case involving his “religious freedom” to refuse to call a student by female pronouns. He claimed that God created people as either male or female and that gender is fixed and cannot be changed. He believes that he has the right to use male pronouns for this particular student. The bill was filed by the anti-LGBTQ Christian nationalist legal group, Alliance Defending Freedom. The court ruled that the professor’s claimed “right” to misgender the student was not protected under the First Amendment and that the charge should be dismissed. The U.S. District judge agreed to dismiss the case.

Of course, the professor has the right to personally hold whatever beliefs he has in regard to transgender people’s rights but the student also has the right to be treated with dignity and respect and to receive an education free from harassment and mistreatment. Therefore, the court and the judge ruled in the student’s favor.

Currently, there is a bill in Idaho, which would make it illegal for trans youth to receive any affirming treatment for gender identity from doctors. This includes hormone therapy, puberty blockers, and surgery. This bill was sponsored by an Idaho state representative and will actually call for a punishment of up to life in prison for any doctor who prescribes hormones or performs any transgender-related surgeries on transgender youth. 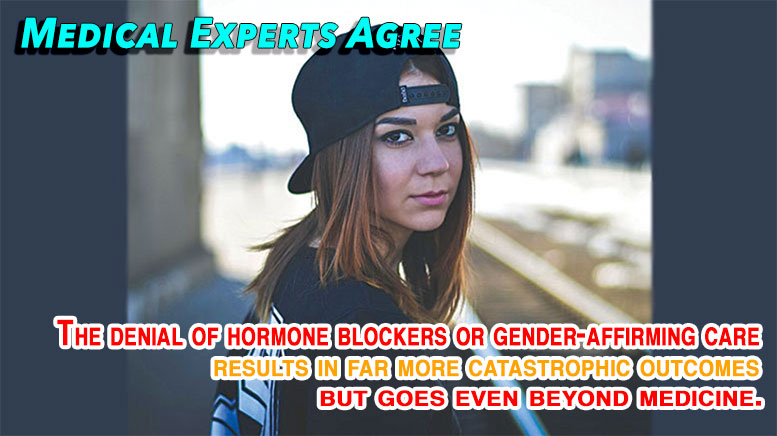 Similar bills have been introduced in Colorado, Illinois, Kentucky, Ohio, Tennessee, South Dakota, and Virginia. Thankfully, the American Medical Association and the American Academy of Pediatrics have evidence-based guidelines supporting doctors who provide gender-affirming care to trans youth patients. This publication published a documented story in which various health care experts explained, in so many words and offering various scenarios, how puberty blockers were not only fully reversible but also mentally and physically beneficial to members of this community.

I cannot verify if the bills in Idaho and the seven other states stemmed from religious freedom. However, I can definitely say they definitely come from conservative values, very much the same as religious extremists’ values. Even though many national professional medical giants agree and support providers giving trans youth these gender-affirming standards of care, these extremists—both religious and conservative—still push ahead with their bills based on ignorance and fear.

Why do people think they have the right to push their views onto others? From my viewpoint, it looks like they believe that they are doing God’s work and/or looking out for the children. It’s also my belief that they most likely do not really know anyone close to them who is either a transgender youth or who are parents of transgender youth. They don’t understand the pain that the transgender youth and the parents have to endure and that receiving affirming help can greatly ease.

These folks need to be educated and they need to cease being so narrow-minded and dogmatic on this issue. Once they can cross those barriers, they might be able to see just how harmful the actions they propose are to transgender youth. Maybe then, they can put aside their dogma of religion and/or conservatism and instead, open their hearts a bit to the struggles of transgender youth.

Being a transgender person myself, I know the struggles I faced and still face. Being older and transitioning in the mid-late 2000s, I have had to deal with the sting of being different and of others not only not understanding nor believing me but also calling me awful names because I was different. I know that it’s gotten better in many cases, but still, there is this resistance to help transgender people and especially, transgender youth. Yes, it’s getting better but the opposition is still there and this resistance needs to back off, reconsider their views, and open up their hearts to the needs of transgender people, especially transgender youth. In the meantime, hopefully, these bills will continue to be dismissed.

*Deja Nicole Greenlaw is retired from #M and has 3 children and two grandchildren. She may be contacted via e-mail at: dejavudeja@sbcglobal.net.