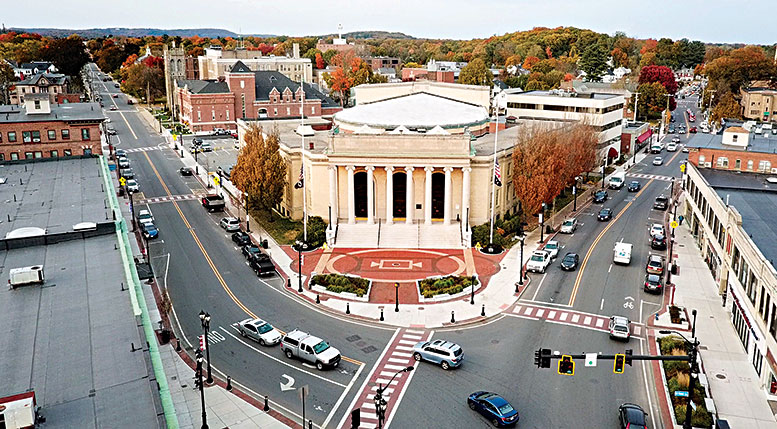 Framingham, a small city of about 72,000 residents situated in the MetroWest region of the Massachusetts Bay Area, offers an inclusive and supportive environment for its LGBTQ community, according to various sources.

Dr. Yvonne Spicer, the city’s mayor, emphasized her commitment to equality and inclusion.

“Becoming mayor in January, one of the things I made a point of during my campaign was to talk about making our city welcome for all,” Spicer said. “Personally, I’ve always been a very strong advocate for the LGBTQ community. … Certainly, from this platform as mayor, it’s important for me to make sure that everyone feels safe and welcome here in the City of Framingham.”

The Rainbow Times reached out to the Framingham City Hall Finance Division but was not able to get a comment.

The Framingham City Council has also made LGBTQ inclusion efforts. For example, earlier this year, the group declared June Pride Month for the city.

“Its purpose is to increase engagement across our community … especially for people who are not represented,” he said. “We have [an] LGBTQ population we want to engage.”

The City Council approved Alaa Abusalah for the position on December 5, according to a Framingham Source article.

The Framingham City Hall is also supportive of transgender individuals, according to Jenni Curtis, a trans woman who works for the City Hall’s Parks and Recreation Department.

“My experience has been phenomenal. Nothing but the best,” she said. “At first, I was really nervous, that’s why it took me so many years hiding. When I came out, everyone embraced me with open arms. From the mayor’s office all the way down to my department, they respect my name [and] my pronouns.”

Framingham is also the headquarters of the Staples Corporation (among other businesses), and, on the 2018 HRC Corporate Equality Index (CEI), which measures LGBTQ representation and equality of certain businesses, the business scored a perfect 100 points—the same score as the CEI from the year before.

Earlier this month, Framingham State University (FSU) organized a “Day of Understanding”, a conversation day regarding diversity and inclusion in the workplace. It was a part of the CEO Action for Diversity & Inclusion organization.

Framingham High School (FHS) has also taken steps to be more LGBTQ-inclusive—specifically in its Athletic Department, according to Athletic Director Paul Spear.

“As Athletic Director,” he said, “I have had frequent meetings with the [Gender & Sexuality Alliance (GSA)], [I/we] have engaged with experts in the LGBTQ community to focus on inclusion and we have held events to promote diversity and inclusion.” 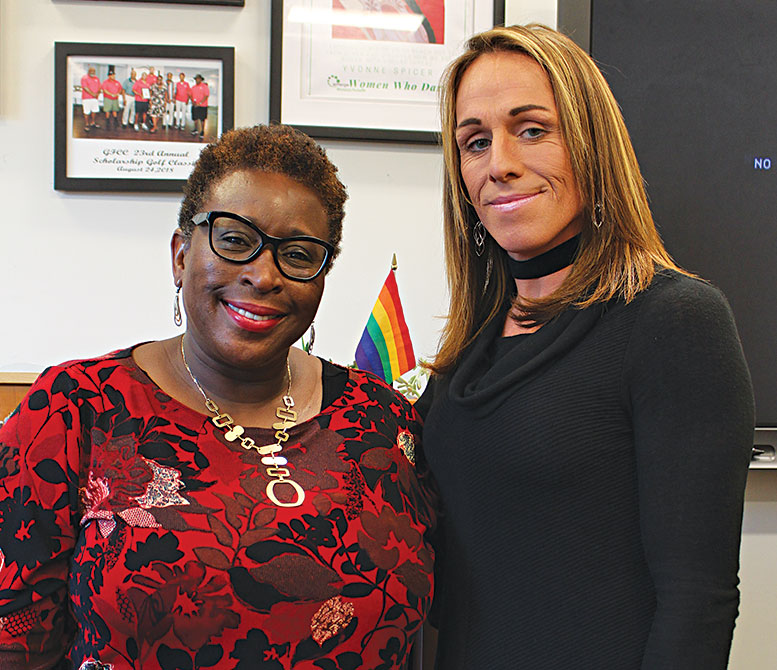 FHS is also a participant in the You Can Play program, an initiative to increase LGBTQ participation in school-sponsored sports teams.

Since the initiation of the program, Spear noted that the Athletic Department has “noticed an increase in awareness that sports are for everyone, a real sense of acceptance for people of all backgrounds, and a sense of relief for some kids who may have been feeling as though no one cared.”

“What I’ve done more … [is] I made subtle changes in the way I teach certain topics,” she said. “My intention is never to hurt anybody.”

Kinsella added that she has to consider what she can say that is more inclusive—especially when teaching topics like puberty to her fifth-grade students. According to her, it engages students and encourages them to relate the topics to their own lives.

“They [will] say ‘My cousin is transgender,’ and they start leading the classroom,” she said.

“[W]e are focused on providing a safe and welcoming environment to everyone we serve, and delivering high-quality care to all our patients,” MetroWest Medical Center said in a statement. “As such, we strive to provide care that is culturally competent and patient-centered to all people.”

BayPath Elder Services, Inc., a nursing home based in Marlborough that serves Framingham, among other communities, was not available for comment. However, according to their website, the organization aims to offer an inclusive environment for the LGBTQ community by providing access to health resources.

The nursing home also received a grant from the MetroWest Health Foundation for the purpose of continuing to offer inclusive services, the website stated.

According to Madison Bruno of the Framingham State University Pride Alliance, OUT MetroWest and Fenway Health are both resources available to the Framingham LGBTQ community.

“OUT MetroWest seeks to enrich the MetroWest-Boston area by providing educational programs and advocacy to local communities and schools,” she said. “Located in Boston, Fenway Health helps to provide LGBTQ members of the community with access to healthcare.”

Curtis, of the Framingham City Hall, also mentioned that she hopes her coming out will serve as an inspiration for others to do the same.

To learn more about Framingham, visit its  City Hall, the Finance Division and the City Council’s online page.