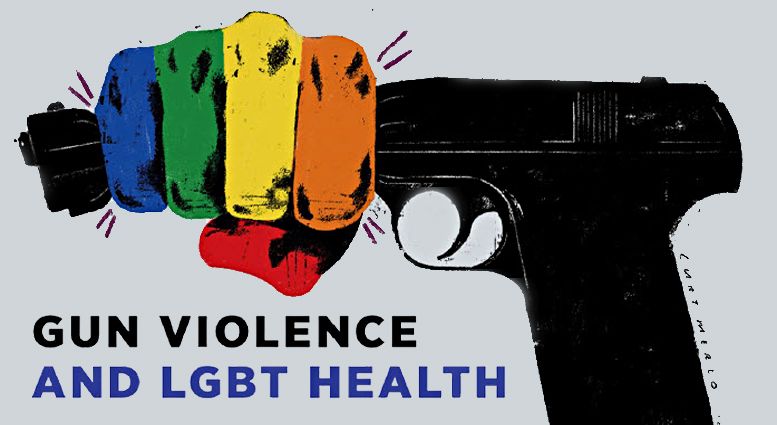 BOSTON, Mass.―Today, The Fenway Institute of Fenway Health released a policy brief showing that gun violence poses a substantial threat to the health of the LGBT community, and urging the LGBT community to join the movement to enact a reasonable gun control agenda in the United States.

“Much of the public’s focus on gun control is to prevent massacres like the one that took place in June at the Pulse nightclub in Orlando when 49 people, most of them Latino gay men, were murdered,” said Stephen L. Boswell, MD, FACP, President and CEO of Fenway Health. “But of the 33,000 people who are shot to death each year, about 21,000 die by suicide and 11,700 die by homicide. Enactment of a reasonable gun control agenda would surely result in fewer deaths of LGBT people by firearms, and this is an issue that LGBT healthcare organizations should embrace.”

Stricter gun control measures at the state level strongly correlate with lower rates of suicide, although data on death rates by suicide for sexual and gender minorities are not available because sexual orientation and gender identity are not recorded on death certificates. However, it is well established that sexual and gender minorities report substantially higher rates of suicide attempts than the general population in both adolescence and adulthood. Between 10 and 20 percent of sexual minority adults report having attempted suicide at least once in their lives, while up to 40 percent of transgender adults have. Both rates are substantially higher than the 4.6 percent lifetime suicide attempt rate for the overall US population.

“The LGBT community has long advocated for legislative and policy change to allow LGBT people to enjoy the same rights and privileges as other citizens. It has also worked to make the healthcare system more accessible to LGBT people in order to reduce the significant disparities in health that LGBT people experience,” said Sean Cahill, Director of Policy Research at The Fenway Institute. “The next chapter of the LGBT cultural and political movement must embrace gun control to improve the basic safety of the LGBT community.”

The brief also includes ways for individuals to take action on gun control, with options ranging from learning about state gun control bills and advocating for their passage; suicide-proofing one’s home; joining a gun control advocacy group; and donating to organizations that fight gun violence.

The policy brief, Gun Violence and LGBT Health, can be read here: http://fenwayfocus.org/2016/10/new-policy-brief-argues-that-gun-violence-is-an-lgbt-public-health-issue-urges-lgbt-organizations-to-embrace-a-reasonable-gun-control-agenda/

New PSA By Open To All Encourages Businesses To Be Welcoming, Inclusive

“March For Our Lives” Forges Ahead