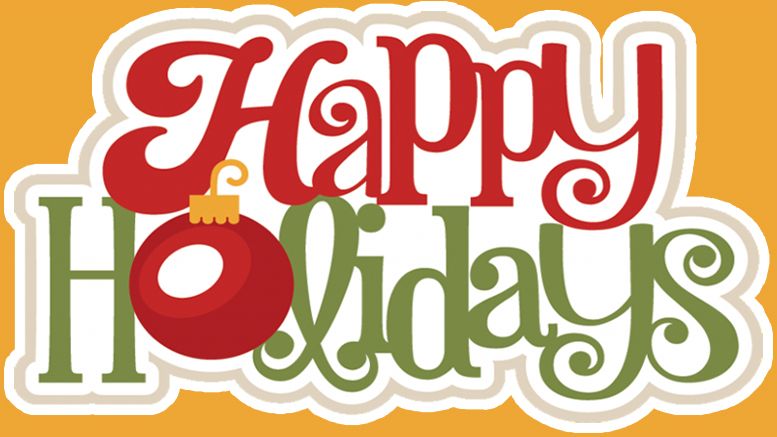 Growing up, Christmas was the accepted and expected norm. As a child, it meant that all that surrounded me was a winter wonderland, with snow banks at least 3 feet tall. We carved out snow and ice forts at the end of the driveway too, which housed my siblings and I for much of the daylight hours during the winter. It was lighting the Christmas tree with the brightest colors we could find and tracking Santa’s sleigh on Christmas Eve by tuning into our favorite radio program. It meant nervously awaiting Santa’s arrival, while I listened for the footsteps of reindeer on our roof as I desperately tried to fall asleep. Unbeknownst to me at the time, my older sister was in on the game. “He’s here, he’s here, he’s here,” she exclaimed! “Don’t you hear the sleigh bells outside of our bedroom window?” Terrified, I pulled the covers over my head, since like many children were told, Santa would not leave any presents for me if I were still awake when he arrived to the house.

On Christmas morning, we ran to our parents room as early as I can remember, but we were not allowed to go downstairs until 6 a.m. Little did I know that my parents had gone to bed just a couple of hours before. Being a rascal in in my own way, my excitement got the best of me and every year. I couldn’t help but peak over the banister at the top of the stairs to catch a small glimpse of a row of stockings, bulging with goodies from good old St. Nick. Barely being able to contain my excitement, once the clock struck six, I ran down the stairs and each year, to my delight, there were four mounds of toys and presents from Santa—one for me and one for each of my siblings. Just a month prior, I sat at a large chair in our sitting room for hours jotting down a list of all that my heart desired for Santa to make me in his toy shop from the “Christmas book.” This magical book was really the Sears seasonal catalog, but I thought it had a direct line to Santa’s workshop somehow. When my siblings and I finished our lists, my father would collect them to mail to Santa. He had a special mailbox at his work to do so, or so we thought. It was magical.

Christmas was synonymous with winter for me. It meant family traditions from Thanksgiving through December 25. It was filled with caroling and snow sledding down the steepest hill we could find. It meant hot chocolate to warm our hands after ice-skating outside, no matter how cold it was then. It meant going to Christmas Eve mass and participating in a live nativity scene. It meant dressing up as an angel for my elementary school Christmas concerts and singing in a small musical ensemble with my dad at church to traditional sacred music. It was the most wonderful time of the year to me—that was Christmas.

As the years passed, Christmas evolved into something magical in a different way, much like the way my culture did when I got married. When I met my spouse 15 years ago, I didn’t speak a word of Spanish, yet I knew if I wanted to communicate with my in-laws in a familiar tongue to them, I would need to learn. I desired to learn—and so began the lessons with my mother-in-law with each trip she visited for extended periods of time. At the same time, I learned to cook Puerto Rican cuisine to which are still my preferred meals to prepare. I learned how warm and welcoming the culture was, and how they kissed on the cheeks to greet each other instead of embracing in a hug. I learned that Christmas extended far beyond December 25, lasting until the Epiphany—Día de Los Reyes—as they call it, when another feast is prepared and gifts are exchanged as the three kings are said to have presented gifts to Christ. Had I not been open minded, willing to learn, live and love wholly, I would not have been exposed to the beauty of another culture. I am better because I was and proudly am bicultural and bilingual because of it.

Though during the holiday season I find myself turning on classical Christmas music from early November until the season is officially over, it has developed into focusing on giving, “paying it forward,” and being a good steward of humanity. Unlike when I was a child, it isn’t about Santa and what I receive, but about what I can give.

Even though I’ve celebrated Christmas throughout my entire life, the holiday season is not only about you or me. Whether you celebrate Christmas, Hanukkah, Kwanza or any other holiday, each person holds those family, cultural, religious traditions and beliefs dearly, just in the same way that I fondly remember my humble origins and traditions too.

If we think about the world as one people, one human race, just perhaps we can get to a place where we celebrate our diversity instead of condemning it. Because I recognize the importance and significance of not only my traditions but those of others, I will continue to say Happy Holidays from the depth of my being. I honor and respect the humanity around me, those who are different from me and those that share my background. I am still eager to learn.

If someone tells me “Merry Christmas,” I will not be offended, even though I consider myself more interfaith oriented. As a matter of fact, you will remind me of my childhood Christmases, a magical place I visit in my mind. I thank you for that. Similarly, if you bid me a Happy Hanukkah, I will wish you one as well. And, if you celebrate Kwanza, I will wish you a joyous one too.

Holiday wishes far exceed the religious concepts of the season. It is a feeling, a sense of being, and a place we all can travel to in our minds, hearts and souls. Whatever way you express your good tidings, I welcome it. I know it all comes from a virtuous place, a fond memory of the past and good will toward human kind. I bid you a Merry Christmas, Happy Hanukkah, and joyous Kwanza.

*Nicole Lashomb is the Editor-in-Chief and Co-Founder of The Rainbow Times. Nicole holds an MBA from Marylhurst University and a Bachelor of Music from the Crane School of Music (SUNY-Potsdam). The editor can be reached here.