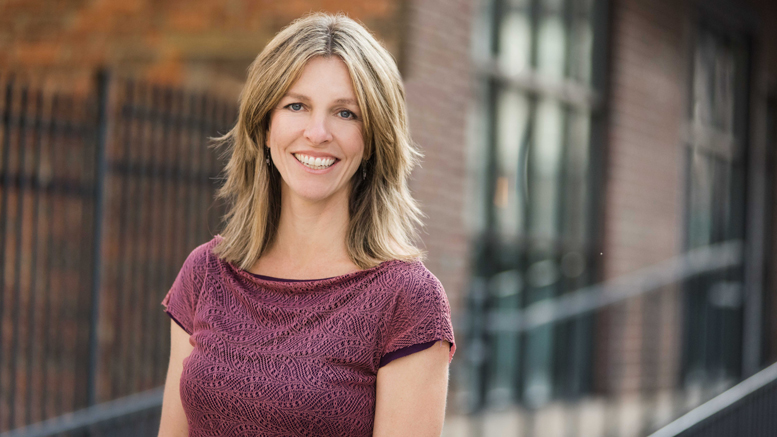 A recent report by the Movement Advancement Project (MAP) is calling out conservatives across the country, from Congress to President Donald Trump, for striking out against the LGBTQ community.

The 16-page report, “Tipping the Scales”, details how the federal and state governments have taken steps to allow discrimination in health care, adoption services, and the hiring of federal contractors, while also allowing the concept of “religious freedom” to justify, as the report states, “ … the wide-ranging right to discriminate against others, deny them needed services, and impose their own religious beliefs on others, so long as they cite their religious or moral belief as the reason for doing so.”

Executive Director of MAP Ineke Mushovic said the report indicates a coordinated effort on the part of conservatives to scale back progress made in past years regarding LGBTQ rights.

“We feel there’s very little awareness of the coordinated ways this is happening,” Mushovic said. “Standalone, it doesn’t look that insidious, but put it all together and it paints an alarming picture.”

MAP is a national organization that studies policy and legislation across the nation. As Mushovic puts it, they work to inform people about changes taking place that can negatively affect the LGBTQ community. They do not offer legal advice.

“We use data, analysis, communications, and messaging to change the way the public, the media, and policymakers understand and think about LGBTQ people and other people as well,” Mushovic said. “We’re pulling all that information together and trying to create the thread and story to show people that they need to be concerned about this.”

Trump Administration Executive Order and Repeal of the “Johnson Amendment”

President Trump signed the “Presidential Executive Order Promoting Free Speech and Religious Liberty” on May 4. The order essentially instructs the Department of the Treasury to not lay punitive actions against tax-exempt organizations, such as churches and nonprofits, for engaging in political speech.

Under the Johnson Amendment, adopted by Congress in 1954, tax-exempt 501(c)(3) organizations are not allowed to engage in political action, for or against any particular candidate or policy, while engaging in their tax-exempt work. In terms of religious organizations, this is during church events, sermons, and other actions deemed specifically tied to their tax exempt status.

Yet Meredith Conway, a professor of tax law at Suffolk University, said the executive order does not hold against an act of Congress.

“The executive order basically said to the IRS that they should not seek to enforce political speech issues against churches that would not otherwise be enforceable against organizations that are non-secular,” Conway said. “The president cannot unilaterally do anything about it. Congress has to repeal it, so he has no authority to change the law.”

New tax legislation in Congress is seeking to repeal the Johnson Amendment. A first iteration of the repeal only lifted the limitations on churches, but was then extended to all tax-exempt organizations.

“That [repeal] is in the House bill. It was intended to just allow people to speak freely from the pulpit, but it could be applied much more broadly,” Conway said. “The executive order did not achieve anything other than what people think it did.”

What Conway says is the most troubling part of this development is how it can change the game in campaign finance.

United States law allows for an individual to make unlimited donations to charity, and to have those donations be tax-exempt. If the Johnson Amendment is repealed, Johnson said, nonprofits and religious organizations could be used as tools for political speech.

“That is scary to some people because it now means that normally, when you make a donation to a political organization, you can’t make a deduction for it,” Conway said. “But now if I know my church can also support a politician and engage in advocacy on political points, I am going to donate to the church because I can donate all of it to the church.”

Nonprofit organizations have come out in opposition to the repeal. In a statement, President of the National Council of Nonprofits Jim Delaney said, “Charitable nonprofits don’t want to be dragged into the toxic political wasteland.”

On November 3, the national Joint Committee on Taxation filed a report stating the 10-year impact on taxpayers for people diverting political dollars to charitable, tax-exempt organizations could reach approximately $2.1 billion.

The First Amendment Defense Act is a piece of legislation, introduced by Representative Raul Labrador, R-Idaho, in 2015 which states the federal government cannot take action against people who discriminate based on the belief that: “(1) marriage is or should be recognized as the union of one man and one woman, or (2) sexual relations are properly reserved to such a marriage.”

Rep. Labrador’s office did not respond to several inquiries for comment for this article.

The bill has not been introduced into the 115th Congressional Session as of November 6—which began in January 2017 and ends in January 2019—according to the Human Rights Campaign (HRC).

The actions described in law include changing a nonprofit organization’s status, levying penalties, or enacting any impact on an individual’s right to federal assistance in any way.

The “Tipping the Scales” report outlines how this could affect a wide range of services dependent upon federal funding, including health care, adoption and foster care, and housing.

“What it really does is, if you believe marriage should only be between one man and one woman, we want to protect you if you don’t want to follow the rules that would generally apply to you,” Mushovic said. “If I just happen to be single or living with my boyfriend, and if you think about people who have sex before they get married, now a pharmacist can now say they want to see a marriage license because they don’t believe in sex without marriage.”

The Child Welfare Provider Inclusion Act of 2017  bars the federal government from punishing adoption and foster care services for discriminating based on religious beliefs.

“Now you could turn away a same-sex couple that is otherwise very qualified because you don’t believe gay people should be parents,” Mushovic said. “What if I don’t think kids should be gay, so I can insist on conversion therapy in my care?”

The report also outlines how Texas and South Dakota have passed laws protecting agencies that provide foster care and child placement services that discriminate based on religious beliefs.

“One example is I may not want to adopt a child to a same-sex couple, but another one may be I don’t want to adopt this child out unless you agree with my religious beliefs and [sign] a statement of faith, or swear you are going to raise this child in accordance with my beliefs,” Mushovic said. “If I’m a conservative Christian and you’re Jewish, adoption to you would be contrary to my belief because you’re not going to raise this child in a Christian household.”

Mushovic said that reaching out to legislators to push back on these actions is crucial, but the true effort lies elsewhere.

“If they feel even the LGBTQ community doesn’t care about the outcome, we are in serious trouble,” Mushovic said. “If we can raise the noise level, that’s one very specific and upcoming thing folks can do.”

Yet, the issue may run deeper, according to Boston College Associate Law Professor Daniel Farbman.

“One of the strange things about what a lot of folks on the right are asking for, is for the law to not punish people when they stand up against what people perceive as unjust laws,” Farbman said. “In our pluralistic democracy, if you hold that belief and want to exercise that belief, you have to bear the consequences of that.”

The fact that many of these laws aim to essentially excuse discrimination, according to Farbman, runs in conflict with how social regulation laws have changed in the past.

Farbman pointed to civil disobedience, such as the conscientious objectors to Fugitive Slave Laws, and how pointing out the unconstitutionality of those laws is what truly changed minds.

“If you want to struggle against gay marriage, you should be trying to expose it and use the strategies of civil resistance that we’ve long understood to be effective, in terms of showing the injustices of the law,” Farbman said.

To that end, Farbman said working against these actions is not only about fighting executive orders and laws passed in Congress—those over time can change with new administrations and political leanings.

“Passing laws doesn’t change how people think about the world,” Farbman said. “You can’t legislate away bigotry. I think it sometimes can be a little of a strategic mistake to insist that it is illegal to be a bigot, and therefore bigotry must end and be eradicated.”

Instead, Farbman said the report points to a deeper truth about our society, and how people can propose to change it.

“What do we do to solve the problem of this new regime? One answer would be to elect a new president,” Farbman said. “The other is to just return to a more grassroots position where you’re getting local government to punish people, you’re shaming people for doing these things. This is how the movement has always worked.”

Check out the Movement Advancement Project’s report in full.