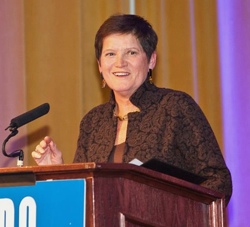 By: Rebecca Haag*/Special to TRT–
Forgetting about AIDS or not thinking about your risk for HIV is relatively easy to do. Especially today when AIDS is largely seen as a disease that doesn’t kill anymore, and HIV is seen as a chronic illness that can be managed with medicine.

In truth, HIV remains a disease at the center of our community. Transgender women are 49 times more likelyto have HIV than the general population. The U.S. Centers for Disease Control estimates that more than one-quarter of transgender women are HIV positive.

Gay and bisexual men are at least 44 times more likely to be HIV positive than the general population. They make up about five percent of the US population but account for more than 50 percent of all HIV diagnoses.

We have made great strides here in Massachusetts where new diagnoses of HIV are down to less than 700 a year. Still, at least half of those new diagnoses are made among gay and bisexual men.

HIV remains a disease that disproportionately impacts our community, which includes communities of color.

You can make a difference in this epidemic by donating to the 2013 AIDS Walk & 5K Run, and help support these services.

You can also participate in the AIDS Walk & 5K Run. It’s a community event that is welcoming to all. This year’s event takes place Sunday, June 2. The Walk is 6.2-miles long. The 5K Run is a competitive, timed event. Everything begins and ends at the DCR Hatch Memorial Shell on the Charles River Esplanade in Boston. Registration and check-in begins at 7:30 a.m. The Walk begins at 10 a.m.; the 5K Run begins at 9:50 a.m. WCVB-TV Eye Opener Newscaster Randy Price will emcee the event, which also includes a Wellness Festival. Visit the AIDS Walk Boston & 5K Run Website for more information.

*Rebecca Haag is the President & CEO of AIDS Action Committee of Massachusetts.