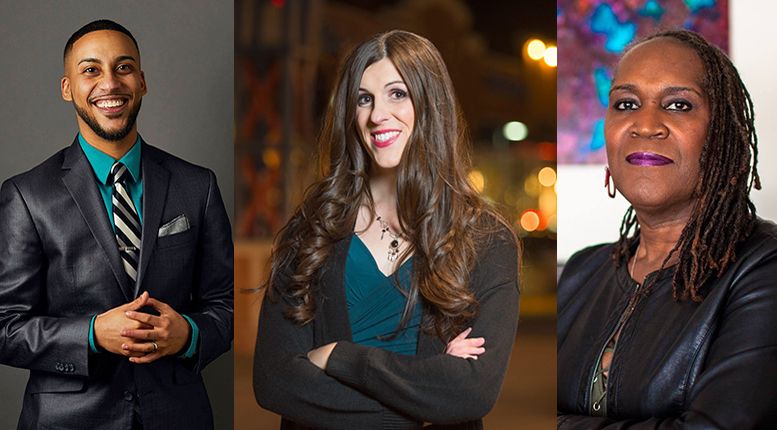 Andrea Jenkins was elected to the Minneapolis City Council, making her the first trans woman of color elected to a major city’s governing body.

“What made the night truly exceptional, however, was the triumph of a number of openly transgender candidates for office,” said DNC CEO Jess O’Connell and DNC LGBT Caucus Chair Earl Fowlkes via a joint statement. “In Virginia, first-time candidate Danica Roem dominated in a race against her proudly transphobic opponent, who even authored an anti-trans ‘bathroom bill’ in the Virginia House of Delegates. In Minneapolis, [Andrea] Jenkins became the first openly trans person to be elected to the city council of a major U.S. city.”

As reported by the Advocate, Virginia also elected another key member of the community besides Roem. Dawn Adams, the first lesbian member of the 68th District (Richmond included) House of Delegates. What is crucial about Adams’ win, a nurse practitioner and health care activist, is that she defeated incumbent Republican Manoli Loupassi in one of many Democratic pickups in the state.

“Tuesday night was a landmark moment in LGBTQ history. Democrats from our community, including Jenny Durkan, who made history as the first openly lesbian mayor of Seattle, claimed decisive wins all over the country,” read O’Connell and Fowlkes’ statement.

“For far too long, transgender Americans have been shoved to the sidelines, in government and even in the LGBTQ rights movement,” stated O’Connell and Fowlkes. “That’s beginning to change, and Tuesday’s results were a giant step forward. But this is only the beginning. LGBTQ Democrats will be front and center in the elections going forward, especially in the most vital races of 2018. We look forward to a bright and inclusive future.”

Other LGBTQ candidates who won, according to the Victory Fund and the Advocate, are:

[Excerpts include portions of a press release too].