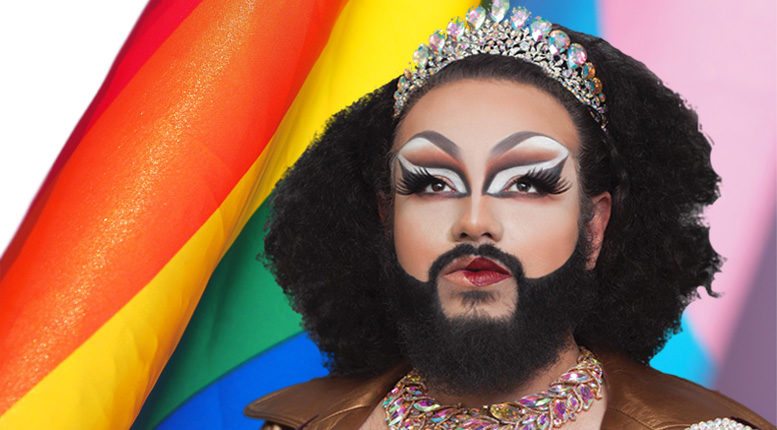 Pride 2019: Invisible privilege that centers on the “gay experience” is not safe for the rest of us

By: JP Delgado*/Special to TRT—

Walking down Boylston during the second Saturday of June every year makes me feel seen and happy. I remember the first time I went to Pride, I rode on the Three Strange Women float alongside fabulous drag performers and made glittering, sparkling new friends. I felt safe.

Safety is a difficult topic to discuss in the context of the LGBTQ community. To start, we should acknowledge that there is not an LGBTQ community, it’s a conglomerate of different communities that are grouped together based on sexual orientation and gender identity, which are then fragmented as racism, classism, transphobia, ableism and other types of oppression many times run rampant and unchecked within our circles.

Even though it may not feel like it, the LGBTQ communities in Massachusetts are quite small. It gets smaller once we start accounting for other identities, like race and ability. Pride, for many LGBTQ people, is not a safe place.

After 50 years of pride, many white gay men feel safe in Pride, and the privilege of safety has been slowly but steadily extended to most parts of society as well.

Lesbian, bisexual, queer and transgender folks are sometimes excluded from Pride celebrations as many of the parties and events center on the ‘gay experience’. Often than not, these exclusions are done unintentionally, as privilege is invisible.

Many times, producers may not be purposely excluding people from LGBTQ events. Some examples on how exclusion may happen is: lack of accessibility through gendered bathrooms, bathroom stalls that don’t lock, equating penises with manhood, exorbitant entrance fees, only including hypersexualized fit men in ads, not booking AFAB (assigned female at birth), Transgender and Black performers, etc.

And there is one type of exclusion that is at times even more invisible, the exclusion of survivors of abuse from a space by welcoming abusers into our spaces and not holding them accountable.

LGBTQ survivors of abuse often have to plan their Pride celebrations around their safety. It is hard to go to Pride and be confronted with an ex who was abusive, or with friends who don’t believe that we’re survivors of abuse.

The Network/La Red, an LGBTQ domestic violence organization, defines abuse as a systemic pattern of behaviors in which one partner non-consensually uses power to try to control the actions, beliefs, thoughts, body, and spirit of a partner. The Network/La Red uses ‘partner abuse’ instead of ‘domestic violence’ to be inclusive of all types of relationships.

Abuse happens in LGBTQ relationships because abuse isn’t about gender; it’s about power. Abuse isn’t about who is physically stronger or who is assigned male at birth (AMAB). There are many ways in which people who abuse can take power from their partners; sometimes it may not even include any physical tactics, although isolation is a common tactic that abusers use to take power from their partner(s).

Then, the onus of safety is placed on the survivors. Survivors often need to “safety plan” around big groups of people, usually choosing to skip on events that would make them less isolated because they suspect their abusive partner, present or past, may be in the room.

As relationships change, start and end, we must always be vigilant to signs of abuse around us, believing and supporting survivors while looking at the context of their stories. Context is important since abuse is a pattern. By being present and listening to survivor’s stories, we acknowledge that what they lived is real, while gaining a better understanding of the patterns of their abuse.

Because of this ever-changing truth, there is no such thing as a safe space. Spaces can only strive to be safer spaces.

Safer spaces are aware of how the systems exclude LGBTQ people, and push against that exclusion with open, transparent efforts of integration that start by following the lead of those being excluded. Safer spaces are aware of abuse, reject working with and supporting the work of abusers, take steps to prevent sexual assault and take allegations of sexual assault seriously.

I am excited to go to Pride this year, and I can rest easy because I know for a fact my ex, who was abusive, isn’t going to be there and my friends believe and support me as a survivor. I also know from experience that I am made to feel included in the many pride celebrations. That privilege of safety means I have the responsibility to tirelessly work to make the spaces I am in safer for all.

*Just JP is an educator, drag performer, community organizer, and writer, as well as the winner of the first cycle of Worcester Drag Wars. They host a monthly dance party, Serving Face, every second Fridays at Jacque’s Underground. You can follow them at @dragqueenjp.

Reasons For LGBTQIA+ Folks To Attend Their Local Prides

Celebrating Pride In Unexpected Places: Intimate Prides That Will Still Blow Your Mind