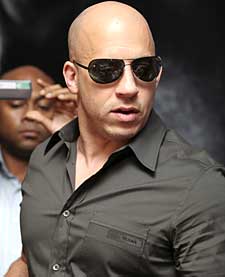 James Duke Mason’s mom was a Hollywood kid herself, hanging out underage at Los Angeles’s notorious punk rock clubs in the late 1970s before becoming lead singer of The Go-Go’s. And if having Belinda Carlisle as your mom wasn’t already a leg up, his grandfather, legendary actor James Mason, wasn’t exactly a stranger to entertainment, either. That means it’s something like destiny that young gay blond Mason would make his way into film, and he’ll star later this year in acclaimed indie filmmaker Matthew Mishory’s (Joshua Tree, 1951: A Portrait of James Dean) noir thriller Disappear Here. Mason will play a young actor who becomes involved in the uglier sides of Hollywood and political life – we could tell you more about the plot but our lips are sealed. (Yes, that was too easy, but you’d have done the same thing.) After a successful Kickstarter campaign cameras are set to roll this fall for an expected 2014 bow. Meanwhile go check out the teaser trailer online and marvel at Go-Go genetics.

Coming soonish: Emanuel and The Truth About Fishes

Sure, it’s an oddly titled film, one more or less destined for the arthouse. But ladies, listen up. It stars Jessica Biel and Kaya Scodelario (U.K. star of Skins and last year’s acclaimed remake of Wuthering Heights) and it was directed by Francesca Gregorini (director of Tanner Hall who also happens to be daughter of Catherine Bach, stepdaughter to Ringo Starr and an ex of Portia de Rossi). That means it’s a lesbian-directed movie that’s not going to get lost in the gay film festival shuffle. So mark your calendars for this drama about a young babysitter (Scodelario) who becomes obsessed with a female neighbor (Biel), one who bears a striking resemblance to the young woman’s dead mother. OK, wait, don’t mark them yet because there’s still no release date. But the recent premiere of this Hitchcock-inspired mystery/thriller at Sundance and its brand new trailer mean it’s coming … sometime … probably to select theaters this summer and DVD/streaming not long afterward.

Sam Mendes and The Chocolate Factory

With the Broadway success of Matilda, all lights are green for Charlie and The Chocolate Factory, the next Roald Dahl children’s story to get the stage musical treatment. And wasn’t it really just a matter of time, anyway? From novel to screen musical to screen comedy-adventure minus the music back to musical form again? Call it the circle of creative recycling, if you will, but don’t call this adaptation un-ambitious. Sam Mendes, respected for his theater work and not exactly slouching as a film director either (maybe you’ve heard of Skyfall, that little indie film he spent three years making) is helming the production. And in a fascinating casting move, acclaimed British theater actor Douglas Hodge – a man known more for his classical work – will step into the role of Willy Wonka. Meanwhile, the reason you’re reading about it all here is because Marc Shaiman and Scott Wittman (South Park: Bigger, Longer and Uncut, Hairspray) are the men behind the music. So don’t freak out; if anyone can find something to rhyme with Everlasting Gobstoppers or snozzberry, it’s those guys.

Vin Diesel, Moon Men and Wanda Sykes: nothing in common except deals

MGM is in talks with Hairspray/Rock of Ages director Adam Shankman to direct the action-comedy The Machine, starring Vin Diesel as a humanoid weapon that befriends a young boy. Sound familiar? That’s because the two men previously worked together on The Pacifier, which was essentially the same movie…  Wunderkind Bryan Fuller, whose witty projects (Pushing Daisies) are often cult favorites that wind up cancelled, has yet another critically acclaimed series on his hands with Hannibal. The difference? It’s also gaining traction with audiences, so now SyFy wants to be in business with him, too. They’ve ordered a pilot for High Noon, an outer space adventure series set on the moon as it’s colonized by earth. Yes, a new life form is discovered, which makes it excellently retro… Wanda Sykes and her producing partner Page Hurwitz recently signed a deal with NBC to develop and produce non-scripted products (translation: reality and talk shows, anything that isn’t a sitcom or narrative series). By way of public statement, Sykes joked, “Wait, I thought we were getting The Tonight Show.”

*Romeo San Vicente’s plan to go into space used to involve Lance Bass. Used to. He knows what he did… He can be reached care of this publication or at DeepInsideHollywood@qsyndicate.com.