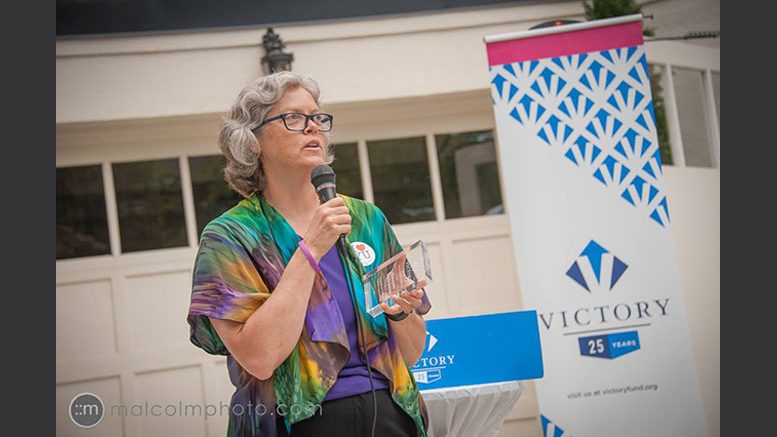 Rep. Laurie Jinkins is the new House Speaker, which makes her the first LGBTQ person and first woman to hold the position in Washington DC; Photo: LGBTQ Victory Fund

WASHINGTON—Today Democratic members of the Washington state House elected Rep. Laurie Jinkins as the new House Speaker, making her the first LGBTQ person and first woman to hold the position in Washington state. Rep. Jinkins will become one of three openly LGBTQ people currently serving as the leader of a state legislative chamber, joining California President Pro Tem Toni Atkins and Oregon House Speaker Tina Kotek. Rep. Jinkins will be the sixth openly LGBTQ state House speaker in U.S. history when she takes on the position in January of next year.

“To have an openly LGBTQ woman in one of the most powerful roles in government can be transformative for the state of Washington,” said Mayor Annise Parker, President & CEO of LGBTQ Victory Institute. “Speaker Jinkins will bring her unique perspective to the job: determining priorities, shaping legislation, and influencing how her caucus votes on equality and other key issues. All three states on the Pacific coast now have LGBTQ people leading one chamber of their state legislature, continuing the trend of more LGBTQ people securing key legislative leadership positions.”