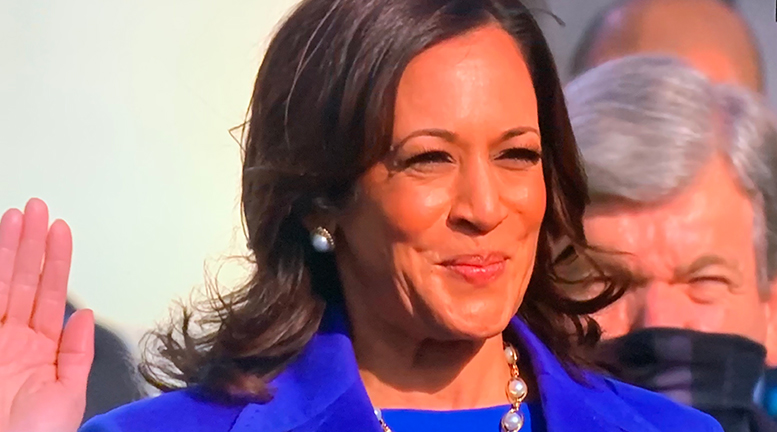 Madam Vice President Kamala Harris is the first woman, a Black American and of South Asian descent that has ever been inaugurated to the nation's second highest office, making her second in command, next to President Joe Biden. Photo: The Rainbow Times

The first of firsts, Madam VP Kamala Harris and herstory to all of us in this nation of ours

Today, the nation and the world watched the inauguration of President Biden and Vice President Kamala Harris in what was historic in epic proportions.

As a woman, I was filled with immense pride while in awe of Harris’ grit, her brilliance, and her audacity to accept the position of being the nation’s second in command, especially as a Woman of Color. Today, the glass ceiling has been shattered—that same glass ceiling keeping countless women down, a barricade established by the system of patriarchy based on archaic concepts to “keep women in their place,” in our place, has failed.

Harris proved that all things are possible and women and girls of all backgrounds will walk in her steps tomorrow and in future generations to come. The feeling that elicits to me as a woman is immeasurable.

In February 2019, I penned an editorial when then presidential-candidate Harris announced her candidacy. She was my first choice for president. I saw something brilliant in her and now, as our sitting Vice President, I still see that same brilliance shine.

“As a woman in politics, Harris is unapologetic for her views of the reality in which we all live,” I wrote then. “She is not concerned about being politically correct nor does she tiptoe around issues out of concern of getting on someone’s bad side. She is blunt, yet charismatic. She is strong, yet empathetic and she is fierce, yet likeable. Her arguments against the [Trump] administration and her quick wit are so impacting that back when I first started following her career, I hoped she would go head-to-head with Trump one day in a presidential debate. I had hoped she would take him out of office with her brazen intelligence. And, I may witness just that, after all.”

While I may not witness her as president per se, Vice President is no small feat by any charge. I am confident that she will do us proud, just as those women who have also dedicated their lives to getting into “good trouble,” as the late Congressman John Lewis would say.

Harris is lifted up by modern-day and other notable women that have forged ahead to demand fair treatment under the law, and were, and in many cases still are, activists in their own right to create a more just world. Some of note are the suffragettes, Michelle Obama, Hillary Clinton, Stacey Abrams, Mary Jane Patterson, Mary Eliza Mahoney, Maggie Lena Mitchell, Rosa Parks, Alice Dunnigan, Coretta Scott King, and countless others not often given their due respect in a male-dominated world, but were also “firsts” holding up Harris’ legacy today. 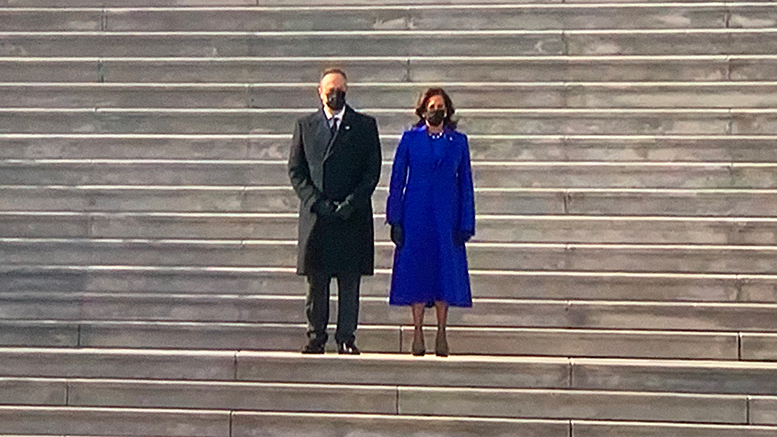 Likewise, I am filled with gratitude and admiration for President Biden who made inclusion a key concept to his campaign platform. He showed his dedication to uplifting the most marginalized among us, starting with his selection of Harris, as his second in command. He has restored our country to represent the clear picture of who Americans are, with various backgrounds, races, ethnicities, gender and gender identities, sexual orientations, ages, socioeconomic status and more. His administrative cabinet is reflective of exactly just that. We, collectively, have a seat at the table in proportions never seen before. The rhetoric has changed, the hidden agendas gone because he’s setting that example, first and foremost. By emphatically stating that he’d “fire anyone who disrespects” or puts down anyone working with him, he has just set the bar.

In October of 2020, The Rainbow Times was proud to endorse Biden and Harris for the office of President and Vice President, respectively.

“We, at The Rainbow Times, have condemned Trump and Trump-like politics at the national, state and local levels from day one,” the endorsement read. “And, we stand by such a stance. Furthermore, we call on the LGBTQ+ and allied community to cast their vote for Joe Biden and Kamala Harris and in state and local races, to vote blue, as blue as the water of the sea and the calm that we’ll all feel once this chaos is over. 400,000+ people are supposed to die by the end of the year. If that is not enough for you, our reader, then we don’t know what is. What we do know is that we will cast our vote for them—to save America and to save American lives. We know history will be watching and we will stand on the right side of it once again, unequivocally and unalterably.”

Watching the inauguration today left me with a kind of pride and hope I’ve not yet experienced since the Obama years and never experienced during the dark and tumultuous Trump Era. As matter of fact, like millions at home and around the globe, I felt the collective sigh of relief, knowing that things will begin to get better.

Today served as a radical reminder that the domestic extremism we’ve experienced during the Trump Era is not who we are as a whole. White Supremacy, White Nationalists, fascists and Neo-Nazis have been outwardly brazen during the past four years, culminating in the criminally calculated insurrection of our Capitol. That fraction must cease to exist. How we get there is a much larger conversation but what I know today is that they are in the minority and were emboldened by a raging tyrant, a tyrant who has slithered away into the night, along with his alternative facts and disinformation. We must reject all media that exalts this type of behavior. That is what made January 6th happen. There is so much more to us than what we’ve seen these past four years and today was a poignant reminder of that. There is hope once again.

It was an emotional day—not just for me, but also for tens of millions of women and men, boys and girls, of all ages and creeds at home and abroad. Today, the air is lighter and I can exhale for the first time again knowing that all of us will be seen and heard, advocated for, and upheld as valuable humans. This is to not say the state of the country is perfect, it is far from it. However, it is symbolic of a brighter future and days ahead. The pendulum is finally swinging in the right direction.

*Nicole Lashomb is Editor-in-Chief of The Rainbow Times and Co-ED of Project Out, Inc. She holds her MBA from Marylhurst University and a BM from the Crane School of Music. Nicole can be reached at editor@therainbowtimesmass.com.