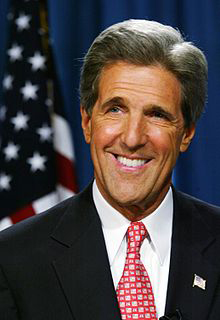 “For years, this was an annual day of mourning.  Now it is arguably a day of hope, as long as we do not abandon the fight.  The United States has spearheaded the battle against global HIV/AIDS, investing more than $44 billion through our bilateral programs and the Global Fund to Fight AIDS, Tuberculosis, and Malaria.  Millions of people are alive today because of the bipartisan commitment to turn the tide against this disease. And, we are on the verge of an even greater victory:  the possibility of an AIDS-free generation, as spelled out in Secretary Clinton’s new PEPFAR Blueprint. Countries like South Africa are investing billions of dollars of their own money and leading their own campaigns to prevent the transmission of HIV and dramatically expand access to treatment.

“Twenty-five countries have reduced new HIV infections by more than 50 percent in the last ten years.  We are in the midst of a transition in which U.S. programs are still absolutely critical, but now, wherever possible, they will support countries’ own leadership against the epidemic.  That is exactly what our foreign assistance is supposed to do:  help countries take the reins and confront challenges like HIV/AIDS themselves.

“I have been involved in this fight for more than a decade, and I have never been more optimistic than I am now.  Science has shown the way and provided us the tools we need to beat AIDS. This July I was proud to attend the first International AIDS Society Conference to be held on American soil in more than 20 years. I was proud that we had finally eliminated the senseless stigma of the HIV Visa Ban and I was thrilled to be among so many people who were so filled with hope about the future.

“But I am also very aware that while we have made enormous progress, this country stands at the brink of another precipice – the fiscal cliff. America has to address our budget crisis, we all understand that. But we have to tackle our problems responsibly and thoughtfully.  We will not balance our budget on the backs of the poorest people at home or abroad. And we must not abandon the progress that has been made in the fight against AIDS just as we begin to see the dividends of America’s leadership.

“Over the past three decades, more than 25 million people around the world lost their lives to HIV/AIDS. This year, an estimated 34 million people are living with HIV.  More than one million Americans are now living with HIV, with the operative word being living, and it is important that we continue to fund the programs that help stem the spread and progression of this disease.

“In Massachusetts, between 26,000 to 28,000 people are living with HIV/AIDS—and one in five don’t even know it. The Commonwealth is an excellent example of the progress being made both in “preventing the spread of the virus and reducing its mortality.  Over the past decade, the number of people living with HIV/AIDS in Massachusetts increased by 42 percent, but the number of people being diagnosed with HIV infection decreased by 45 percent and the number of deaths decreased by 34 percent.

“Here at home, we have made great strides in treatment and awareness, but there are still miles to go.  I have worked with my Senate colleagues to continue to fund the Ryan White program and help provide treatment to those who cannot afford it.  And I have been supportive of needle exchange programs to prevent the transmission of disease.  The Affordable Care Act makes giant strides toward ensuring that people living with HIV/AIDS receive high-quality, affordable health care.  In 2014, insurers will be prohibited from denying coverage to anyone based on pre-existing conditions, such as HIV.  People with low and moderate incomes will receive subsidies to buy health insurance and Medicaid benefits will be available to more families than ever before.  And the law phases out the Medicare prescription drug “donut hole” making medications more affordable to people living with HIV and AIDS.

“With all of the work that has been done, and with all of the hope that fills the air, now is exactly the wrong time to pull back or let up.  The great progress we have already made has transformed an AIDS-free generation from a distant dream to an ever closer reality.  With an end on the horizon, now is the time to resolve to push even harder, both at home and abroad, to see the fight to eradicate HIV/AIDS cross the finish line.”

Senator Kerry has spent that last decade working to encourage medical research, increase access to preventative resources, testing, and treatment, and fighting stigma and discrimination that hamper efforts to combat the disease.  His most notable work on this issue includes: