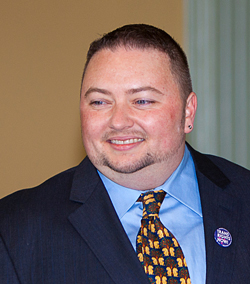 Recently, the Los Angeles Police Department announced new policies regarding transgender individuals, signed into effect by Chief Charlie Beck. These policies are meant to improve police interactions with transgender people, both inside and outside of jail.

According to the Transgender Law Center, the new policies mandate police officers to treat transgender people with respect, courtesy, and professionalism. “In addition to these instructions for police interactions, the LAPD has announced that they will be revising their Jail Operations Manual to include the proper processing, housing, custody and protection of transgender individuals.”

Though in November Massachusetts added non-discrimination laws pertaining to gender identity in employment, housing, public education, and lending, there are currently no policies regarding police interactions with transgender people or their imprisonment.

Gunner Scott, Executive Director of the Massachusetts Transgender Political Coalition (MTPC), applauded these new policies, stating “it is a huge step in the right direction for police departments to recognize that transgender women are not safe in a men’s holding facility and to recognize this with policies that aim to protect those in custody.”

According to Scott, there are other cities that have policies for handling arrests and detainment of transgender people, specifically, Washington, D.C.; King County, Washington; Cook County, IL; and San Francisco, CA. Scott added that a Massachusetts Public Records request allowed them to understand how transgender individuals were being classified within the system, then allowing them to “begin a dialog with police departments about developing and enacting similar policies, as Washington, D.C. and the other states mentioned above, here in Massachusetts.”

He states that the MTPC will continue to monitor other jurisdictions in order to advocate for best policies and practices regarding police interactions with transgender people in Massachusetts. Currently, states Scott, the MTPC is “working with a major metropolitan police department to develop policies with regards to gender identity classification and for handling transgender arrests/detainment.”

The MTPC aims to educate the public and encourage community members around ending gender identity and expression-based discrimination, as well as advocating for this with state, local, and federal government.