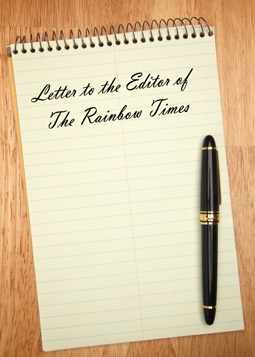 Sometimes change is elusive, and sometimes you can feel the momentum and know change is around the corner. That was true for the civil rights movement, women’s movement and currently the LGBT rights movement. Change is truly in the air, in the state houses and on the street. This is where Veterans For Peace comes in, on the street. We have a wonderful welcoming parade on the streets of South Boston on Saint Patrick’s Day, the (Saint Patrick’s Peace Parade, the Alternative People’s Parade for Peace, Equality, Jobs, Environmental Stewardship, Social and Economic Justice). If you believe in peace and equality you are welcome to march in our parade. We will form up at 2:00 pm on D Street and West Broadway, South Boston. Together we proudly walk one mile behind the first parade in our welcoming and inclusive parade.

It is shameful that it has taken twenty years (and counting) for the LGBT community to be able to walk in the traditional parade in South Boston without harassment and hostility. It is 2013, there is gay marriage in Massachusetts, don’t ask don’t tell is history, gay and lesbian men and women now serve openly and honorably in the armed forces. Guess what, the LGBT community is finally walking proudly, to an overwhelmingly positive reception on the streets of South Boston.

Sadly the AWVC, the group who initiated the lawsuit twenty years ago, resulting in the Hurley Decision, still clings to antiquated attitudes. Although the Supreme Court ruling gave the AWVC the legal right to exclude anyone for any reason from walking in their parade, that does not make it right. It is not the legality, it is the morality of their discriminatory actions towards Veterans For Peace, and members of the LGBT community that is the issue.

Where are the politicians on Saint Patrick’s Day? They will be telling jokes at the morning breakfast and probably walking or riding in the first parade, smiling, shaking hands, politicking and soliciting votes—all the while knowing that the parade they are walking or riding in is excluding veterans and the LGBT community. It is great to participate in the pageantry and fun of a parade; it is very difficult to stand up when you see an injustice marching by right in front of your face. These same politicians will court the LGBT community for votes and run ads in the LGBT publications expounding how they support gay rights, etc. Someone should let them know that civil rights do not begin and end in the voting booth. Not until justice and equality have permeated our culture do real civil rights take root.

Now is the time for politicians of conscience to stand up and say enough is enough. Prejudice, bigotry and exclusion on the streets of South Boston have to end once and for all. It is time for all of us, gay and straight alike to notify our elected local, state and national representatives and tell them that it is time to take a moral stand and not walk in that 1st parade. By walking in the 1st parade they are giving full approval to blatant discrimination against veterans who work for peace and the LGBT community. If a politician professes to support equal rights for the LGBT community and support the right of veterans to express their desire for peace and want our vote, now is the time for them to stand up against this ongoing, very visible and embarrassing affront to veterans and the LGBT community.