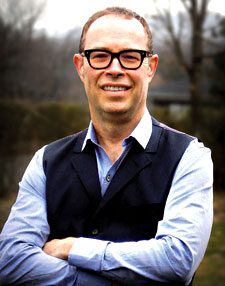 There are an estimated 1.4 million adult LGBT Latin@s in the U.S., according to a recently released report from a Southern California-based think tank. With 4.3 percent of Latin@ adults identifying as LGBT, that number means they are the largest ethnic or racial minority, including LGBT African Americans and LGBT Asian/Pacific Islanders. The numbers for African Americans and Asian/Pacific Islanders are 1 million (or 3.7 percent) and 324,600 (or 2.8 percent), respectively.

“There’s a common stereotype in LGBT community that the number who identify as racial or ethnic minorities is somehow lower than in the white community,” said Gary J. Gates, a co-author of the studies.

“The rate of identification as LGBT is twice as high among under 30 than among 30 or older,” said Gates.

Gates is a distinguished scholar at the Williams Institute, UCLA School of Law. The Williams Institute published all three reports in the past two months. The studies were based on a Gallup Daily tracking survey, 2008-2010 American Community Survey, and adjustments to Census 2010 same-sex couple data.

LGBT Latin@-specific data to Massachusetts and New England are not included in the Williams Institute study, but local gay Latino activist Wilfred Labiosa said, “The Williams Institute Report on LGBT Latino/a individuals and same sex couples doesn’t surprise me as Latinos are the highest growing group in our nation.”

He added: “Many of the Latino/a in the state of Massachusetts also reflect some of the findings of this report in regards to raising children, highest rates of underemployment or unemployment, depression/suicide attempts, and of struggling among our communities, that being the Latino community or the LGBT community.”

Labiosa is regional representative of Unid@s: The National Latin@ LGBT Human Rights Organization. He is also a Spanish language columnist for The Rainbow Times.

“For many years, Latin@s struggle[d] between these two worlds,” Labiosa said. “There are some who successfully can fit in one or the other or in both, but this is the minority and not the majority due to the ‘-isms’ that still exist among our society, such as homophobia, classism and racism, among others. As a community, we must unite and work together to find support and resources available to us in order to find the strength that is within us, but that is hard to find when feeling isolated and marginalized.”

In other news, The Rainbow Times-specific demographic data from Community Marketing Inc.’s 7th Annual LGBT Community Survey for 2013 indicated that anywhere from 15 to 25 percent of the publication’s readers identify as Latin@.

The Rainbow Times is one of few LGBT publications nationwide with Spanish language editorial content. Accordingly, for LGBT media outlets, Gates said, there lies a challenge “to go beyond tokenism.”

“What more contemporary data shows is that as social acceptance increases, the demographic differences we associate with LGBT people are starting to lessen because they are starting to look more like the general population,” said Gates.

Gates said years ago, people who came out tended to be “somewhere on the economically advantaged side, who could take the risk sooner.” These days, he said, “The perceived risks are not necessarily as high, and people don’t perceive as bad a risk now” in coming out. [pullquote]The Rainbow Times is one of few LGBT publications nationwide with Spanish language editorial content. Accordingly, for LGBT media outlets, Gates said, there lies a challenge “to go beyond tokenism.”[/pullquote]

“We are getting more racial and ethnic diversity, more socio-economic diversity, and that means, for media at least, this idea of an exclusive LGBT demographic, [editors and publishers] will have to think a little more carefully because it’s getting as diverse as the general population,” Gates explained.

For Gates, there is another major take-away message.

“The notion that the percent of LGBT’s across these racial and ethnic groups doesn’t differ counters what a lot of minorities experience within the LGBT community, which is that there are openly gay minorities,” said Gates.

For more information on the Williams Institute, visit http://williamsinstitute.law.ucla.edu/.