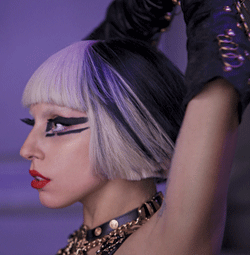 BOSTON, MA—Lady Gaga selected Harvard University as the official site to launch her Born This Way Foundation, where she spoke about the organization’s undertaking of fostering “a more accepting society, where differences are embraced and individuality is celebrated.”

At the live event, Lady Gaga also talked about the “new culture Born This Way Foundation is building, one based on bravery, kindness, acceptance and empowerment,” her website stated.

Lady Gaga and her mother Cynthia Germanotta were joined on stage by Oprah Winfrey, author and speaker Deepak Chopra, U.S. Secretary of Health and Human Services Kathleen Sebelius, David Burtka, and esteemed Harvard Law School professor Charles Ogletree to discuss the vision of the organization, and how the public can get involved.”

According to a MassEquality press release earlier today, Lady Gaga, “in partnership with the Berkman Center for Internet and Society at Harvard University, the MacArthur Foundation, and the California Endowment,” formally launched The Born This Way Foundation. Lady Gaga’s non-profit organization aims to build a braver, kinder world, according to the organization’s site.

MassEquality Executive Director Kara Suffredini, Esq. issued the following statement in response to launch of the Born This Way Foundation in Cambridge, Massachusetts:

“MassEquality congratulates Lady Gaga and her partners, the Berkman Center for Internet and Society at Harvard University, the MacArthur Foundation, and the California Endowment, on the formal launch of the Born This Way Foundation today in Cambridge, Massachusetts.

“This Foundation supports the core values that any just, accepting society should embrace and empower: the right to live authentically in safety; the resources to learn the skills to be empowered; and the opportunity to enrich your own community with a message of inclusion. These values are critical to empowering all minority groups, not just LGBT people, to live to their fullest potential.

“It’s appropriate that the Foundation launched today in Massachusetts where, despite eight years of marriage equality, LGBT youth are four times as likely to attempt suicide than their heterosexual peers, and eight times more likely when their families reject them; where 40 percent of our homeless youth population identifies as lesbian, gay, bisexual or transgender, and the vast majority of them are living alone on the streets because their families have, in fact, rejected them; where gay and bisexual men represent four out of ten new diagnoses of HIV; and where the state Department of Public Health reports that the mere fact of being lesbian, gay, bisexual or transgender in Massachusetts results in higher stress and poorer health outcomes.

“Lady Gaga is an amazing example of what one person can achieve by living authentically and sharing that message with others. We hope that the additional resources and attention from the Born This Way Foundation will bring us faster to the day when all people are able to live open and authentic lives free of discrimination and harm.”

The website showcases “Stories of Bravery” shared with the public and LGBT community to empower anyone who feels isolated or is “struggling to find” its voice, or is “simply interested in supporting the movement to build a braver, kinder society, these stories will point you in the right direction.” It also invites visitors to “Do Your Part”  and “Donate: in an effort to create a more equal and accepting world.

To read more about the organization, its launching, and future information, visit The Born This Way Foundation‘s website.