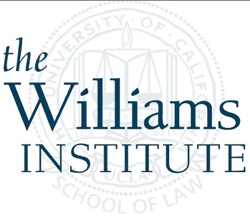 By: Kara Suffredini*, Esq. and Robyn Frost**/Special for TRT–

There are an estimated 1.3 million children and teens in this country who are experiencing homelessness. Up to 40 percent of those who are living on the streets without a parent or guardian are lesbian, gay, bisexual, or transgender (LGBT).

These young people face higher rates of malnutrition, victimization through physical and sexual assault, substance abuse, and mental health issues than their peers who live at home. They are more likely to drop out of school and engage in “survival sex” in exchange for shelter—which makes them more vulnerable to pregnancy and HIV infection and other sexually-transmitted diseases.

Massachusetts is no exception to this crisis. The Commonwealth is often seen as a comparatively more welcoming place for LGBT people than the rest of the country for a number of reasons: our status as being the first state in the United States to recognize the rights of same-sex couples to marry; the landmark, first-in-the-nation 1993 hearings held around the state at which lesbian and gay students testified about the harassment and discrimination they faced in school; the establishment of a first-in-the-nation state commission charged with making schools safer for LGBT youth; and the establishment of Gay Straight Alliances in our middle and high schools to bring support to LGBT youth. The truth, however, is much more complicated than that.

We all like to tell our young people that life is good. Some of us have even recorded “It Gets Better” videos delivering this message in great detail. But for many young people, life isn’t good and it doesn’t get better. Indeed, for some who hear our message and take the risk to come out, they are rejected, as the Williams Institute survey found. Indeed, an analysis of Massachusetts high school students by researchers affiliated with Children’s Hospital in Boston last summer found that “sexual minority youth” are more likely to run away from home due to conflict over their identity, or to be thrown out of their homes by parents: “Rejection and victimization within the family related to minority sexual orientation status likely contribute to a greater risk of homelessness among sexual minority youths.”

The Children’s Hospital study found that “[t]he risk of being homeless and living separate from parents or guardians was significantly greater among youths with a minority sexual orientation than it was among exclusively heterosexual participants.” In other words, homeless youth who happen to be LGBT are far less likely than their heterosexual peers to be experiencing homelessness due to financial catastrophe impacting the whole family. These young people, in particular, are at greater risk of substance abuse, engaging in survival sex, and criminal behavior than homeless children and teens who spend a good part of their day in the company of an adult or guardian.

The rejection these LGBT youth experience doesn’t end at the door of their family home. There are few homeless shelters in Massachusetts set up to properly care for young people. Teens and young adults are forced to take shelter housed with adults, some of whom can be violent and unstable. These are not nearly enough safe spaces for young people, especially LGBT youth who are often victimized based on their sexual orientation and gender identity.

Fortunately, Massachusetts is now poised to do something about this. State lawmakers included a measure creating a special commission to study the issue of unaccompanied youth homelessness in the Commonwealth in the Fiscal Year 2013 budget, and Governor Deval Patrick approved the creation of the Commission by signing the FY 2013 budget into law on Sunday, July 8. This Commission, which will include youth, providers, advocates, legislators, and state agency heads, will have the authority to make recommendations for housing programs and services to support unaccompanied youth who are experiencing homelessness. Both of our organizations will have a seat on this Commission and we plan to bring the unique voices of homeless LGBT youth to the larger discussion of challenges facing our Commonwealth’s homeless youth population.