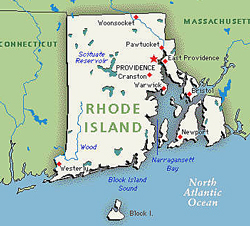 By: Casey Rocheteau/TRT Reporter–
Recently, activists from the Occupy L.A. Queer Affinity Group and GetEqual in Los Angeles, protested a Human Rights Campaign, HRC, gala event because of the HRC’s ties to Goldman Sachs and CEO Lloyd Blankfein. According to most reports on the protest, the main issue was Blankfein being dubbed the first corporate sponsor of the HRC’s marriage-equality campaign.

The Rainbow Times spoke with Michael Cole-Schwartz, communications director of the HRC, as well as a number of Rhode Islanders who were involved in the Occupy movement to investigate local views of such a fissure in LGBTQ organizing.

Cole-Schwartz was very clear in stating that Blankfein “is not an official spokesperson by any means. He did a video for the video campaign for marriage equality.” Blankfein was one of many prominent individuals to make such a video. Actors such as Michael K. Williams, Aisha Tyler and John Leguizamo also lent their support to the project, as did politicians such as Al Franken and public figures like Rev. Al Sharpton. Blankfein’s video was the only one to raise such ire, and the video’s release was also coupled with Goldman Sachs being presented with a corporate equality award. The groups who protested the event wore hazmat suits to represent Goldman’s hazardous financial practices.

Providence activist Brian Gay put the issue into perspective, saying, “I think that by having a corporate sponsor representing LGBT folks and their interests, the HRC is supporting a system (capitalism) which reinforces and profits from oppression. I think that choosing to work with the corporate model is supporting a system that in the end does not help society’s most poor and oppressed, and that is unfortunate since HRC aims to represent a part of that oppressed population.”

Cole-Schwartz, when asked what his response was to anyone upset about Blankfein’s connections with the HRC, said that “the activists and other folks who are upset about the issue may be on the same page as the HRC and just not know it.” He went on to say that the HRC “wants full equality for all LGBT people. Having [Blankfein] speak out is something that will get people to think about the issue in a in a different way. This is something that crosses all boundaries — race, class, faith.”

Another activist with the Rhode Island Anti-Sexism League, Chris Gagnon, explained it this way: “To me, asking for an endorsement from a CEO of one of the very financial institutions whose business practices perpetuates, even if unknowingly or unintentionally, some of the practices and beliefs the HRC is trying to fight seems rather backwards.”

Of course, even within the activist community, the issue is not at all one-sided.

“I think it is good to have someone from Corporate America be part of our representation,” said Kevin Fletcher, a senior technologist at a company in Providence. He added that he knows people “in Corporate America who have to be closeted. It is nice to have a corporation show public support.”

Fletcher’s sentiment was reflected in the HRC’s goal for the campaign. While many corporations have made progress in LGBT equality, Goldman Sachs has had policies in place for years that make it exemplary in its field. In 2002, the company’s insurance policy was designed to cover gender-reassignment surgery, and under Blankfein’s leadership the company also now reimburses employees in domestic partnerships to offset their taxes. Of the many faces in the HRC marriage-equality videos, Blankfein was the only member of a financial organization to publicly support the campaign.

The current issue with Goldman Sachs is not particularly new, as there have been some activists who have objected to the organization’s financial business practices for years. Len Moorehead, a local activist who works in education, commented that “class divisions in the USA are very strong and working-class people of any denomination are downtrodden, exploited, overworked and underpaid for very little respect. The HRC is a classic case of gay people acting more straight than straight people to show ‘we’re just like you,’ to preserve a niche in the higher-paying ranks of society.”

When asked if he thought the HRC supported working-class LGBTQ people, the group of six respondents were divided. A few saw the HRC as representing all people, while others, such as activist Josh Kilby, said, “Even [the HRC’s] ‘best places to work’ campaign have an over-focus on the white-collar world. If they really cared about improving workplace homophobia, they would be helping in the effort to organize LGBT caucuses in unions like Pride at Work.”

Perhaps the most fascinating aspect of people’s responses was that no one’s reaction was entirely negative. Even Kilby’s response was hopeful. He was asked if he thought corporate endorsements were helpful in the struggle for full equality. “No,” he responded, “but I think it shows that the 1 percent is not united on queer oppression anymore, which is a good thing.”

1 Comment on "RI: Goldman Sachs, the HRC and Class Politics Within the Community"