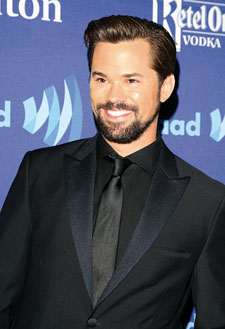 Like all unnecessary remakes, this one was, perhaps, inevitable. The Rocky Horror Picture Show, 40 years old now, was asking for it by being so beloved. The cult favorite of misfits and queer kids holds the distinction of being the movie with the longest theatrical distribution run in film history. And that means it’s worth money. And that means someone wants to milk more from it. Gail Berman, former Fox entertainment president, has long wanted to remake the film, calling it a “passion” project for her. And Fox already loaned it to Glee for auto-tuning. So the next step is handing it over to High School Musical director Kenny Ortega for a TV version to air on Fox. The working title is The Rocky Horror Picture Show Event, and while there’ll be, of course, a new cast and what’s being called a “visual reimagining,” there’s a promise to be faithful to the script and songs. If the High School Musical association bothers you, consider Rocky’s trajectory as something akin to the human rights movement for the LGBT community. Once considered dangerous and dirty, now mainstream and cuddly, the outrageous musical’s transgressive yesterday is today’s cute karaoke. That’s a real time warp.

Apatow goes all the way gay

Andrew Rannells is working with producer/director Judd Apatow on an untitled comedy co-written by Rannells and Jersey Boys’ Mike Doyle. There’s not one single detail to be shared about the story, other than that it’s a star vehicle for Rannells, whose career is on a steadily rising escalator. He is the Grammy-winning, Tony Award-nominated star of The Book of Mormon, one of an elite crew of Hedwigs, and current co-star of Girls. Details of the project will come soon enough, but until then, the coolest part of this is kind of about Judd Apatow. After establishing himself as the chief purveyor of the man-child comedy, all Rogens and Rudds and Francos acting gay-ish with one another, heterosexual men figuring out how to reclaim their ability to be intimate with one another, Apatow is now producing Girls, directing Amy Schumer’s upcoming feature Trainwreck, and working on a project with a gay guy. Don’t worry, straight men, you’re all still very, very important to us. But let’s enjoy this next, inclusive step in the Apatow Universe and see how the expansion plays out.

Animal Crackers are the new Legos

OK, maybe they’ll be the new Legos, box-office-wise, anyway, when the animated feature Animal Crackers is released. It could be argued that the tiny, vanilla-flavored cookie, beloved by generations of children, has an even deeper brand identity than Lego, so anything could happen.  The feature – not a remake of the Marx Brothers comedy, in case you were worried – is about a family employing a magical box of Animal Crackers to save a rundown circus from being seized by an evil ringmaster. (Although, let’s be real, circuses aren’t exactly America’s favorite day out anymore, so their existence may need to be explained to very young audiences.) The movie boasts a few LGBT cast members providing voices: Ian McKellen, Raven-Symone, and the venerable Harvey Fierstein as “Esmerelda,” a character we hope is the ferocious queen of bear-shaped cookies. And they’ll join Emily Blunt, John Krasinski, Patrick Warburton, Sylvester Stallone, Danny DeVito and Gilbert Gottfried. It hits multiplexes for family consumption in 2016. BYOMilk.

JT LeRoy: The hoax everyone bought

JT LeRoy was a lot of things: a former teenage prostitute, an HIV-positive recovering drug addict, gender-ambiguous and the critical darling of the literary world with a best-selling autobiographical novel, Sarah.  He was also painfully shy, choosing to allow celebrities like Lou Reed, Sandra Bernhard and Nancy Sinatra read for him at book events. Well, the last two parts are true, anyway, although shyness isn’t why LeRoy rarely appeared in public. He was, instead, a construction, an elaborate literary hoax. And now it’s all on film. Marjorie Sturm began a documentary about LeRoy in 2002, at the height of his fame, and she was there in 2006 when it all came crumbling down around an author named Laura Albert, whose pen name and alter ego had caused one too many questions without answers. The result is a The Cult of JT LeRoy, a provocative examination of how fiction is employed in building a celebrity, how we all want to believe in the redemptive power of tragedy through art, and what happens when the truth comes out. It’s making the film festival rounds right now, so catch it while you can.

*Romeo San Vicente still thinks Sarah is a good book. He can be reached care of this publication or at DeepInsideHollywood@qsyndicate.com.