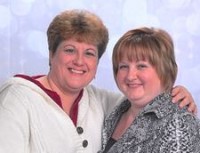 BOSTON, Mass.—Gay & Lesbian Advocates & Defenders (GLAD), Justice in Aging, and Foley Hoag LLP today filed a class action lawsuit, Held v. Colvin, against the Social Security Administration (SSA) on behalf of Supplemental Security Income (SSI) recipients married to someone of the same sex in or before June 2013. The suit charges that SSA discriminated against these individuals for months, and in some cases more than a year, after that discrimination was held unlawful by the Supreme Court when it struck down the Defense of Marriage Act (DOMA) in June 2013.

“Unfortunately for married same-sex couples in marriage recognition states, SSA was completely unprepared to implement policies required of it by law after DOMA was struck down,” said Gerald McIntyre, Directing Attorney for Justice in Aging. “The victims of that discrimination should not be the ones to pay for the agency’s mistake.” GLAD, Justice in Aging and Foley Hoag LLP are representing Kelley Richardson-Wright of Athol, Massachusetts, who is married to Kena Richardson-Wright; and Hugh Held of Los Angeles, who is married to Orion Masters.

Kelley (47) and Kena (45) have been together for ten years and married for seven. Kelley was a massage therapist until multiple

medical issues forced her to go on disability and start receiving SSI.  At the time she applied for disability, she informed the Social Security Administration that she was married.  Kena works as a hair stylist for minimum wage.  To recover the $4,000 SSA says that Kelley owes them, Social Security has started withholding money from her monthly check, resulting in the repossession of the couple’s car, and the risk that they will lose their housing. Kelley was hospitalized with a stress-related illness as a result of the extreme financial strain.

Hugh Held (55) and Orion Masters (56) live in Los Angeles, CA. They have been together since 1993 and have been married since 2008. Mr. Held has been receiving SSI on the basis of disability since 2008. On three separate occasions, he told workers at his local SSA office that he was married and asked how the Windsor case might affect his benefits.  At first he was told that it would not affect his benefits and the last time he was told it probably would affect his benefits, but they didn’t know how. Then, suddenly, in June 2014, one year after DOMA was struck down, his monthly benefit was reduced to $308.10 from $877.40, with no explanation. He then received a bill for overpayment of $6,205. It was not until three months later (September 2014) that he received an explanation for the changes.

“Basically Social Security kept making SSI payments after the fall of DOMA without considering the marriages of same sex couples, even when a recipient notified SSI of the marriage,” said Vickie Henry, Senior Staff Attorney for GLAD.  “Now, 18 months later, SSA, to remedy its own unconstitutional conduct, is going after people who are both poor and aged or disabled and demanding thousands of dollars from them.  That’s not fair, and it’s not right.”

Given the 8.3 million people receiving SSI benefits as of December 2014, the fact that 5-7% of the population is lesbian, gay, or bisexual, the overall incidence of poverty in that population, and the tens of thousands of marriages of couples of the same sex prior to Windsor, there are likely hundreds of people in this class. Because SSA conducts redeterminations of eligibility on a rolling basis, the number of putative class members will increase over time.

The complaint, which was filed today in the United States District Court for the Central District of California can be read at www.glad.org/SSI.

In addition to attorneys Henry and McIntyre, the plaintiffs are being represented by Mary L. Bonauto of GLAD, Denny Chan and Anna Rich of Justice in Aging, and Claire Laporte, Marco Quina, Catherine Deneke, and Stephen T. Bychowski of the law firm Foley Hoag, LLP. Foley Hoag previously partnered with GLAD on its challenges to the Defense of Marriage Act.

Justice in Aging is a national non-profit legal advocacy organization that fights senior poverty through law. Formerly the National Senior Citizens Law Center, since 1972 we’ve worked for access to affordable health care and economic security for older adults with limited resources, focusing especially on populations that have traditionally lacked legal protection such as women, people of color, LGBT individuals, and people with limited English proficiency. Through targeted advocacy, litigation, and the trainings and resources we provide to local advocates, we ensure access to the social safety net programs that poor seniors depend on, including Medicare, Medicaid, Social Security, and Supplemental Security Income (SSI).