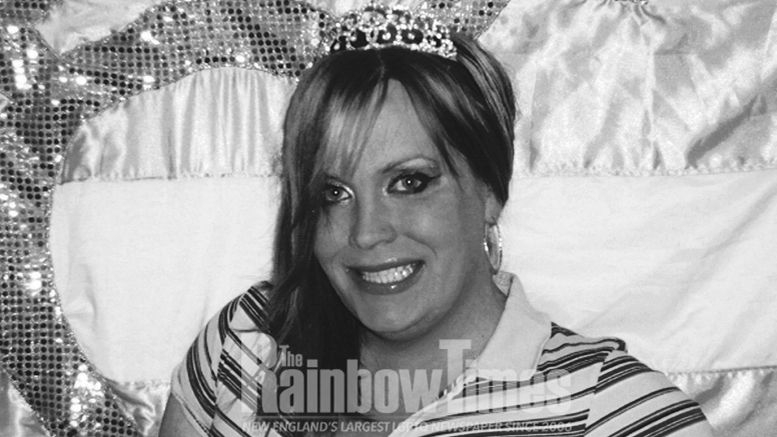 In the first six weeks of 2018, brutal violence claimed the lives of at least three transgender women in the United States. Locally in North Adams, Massachusetts, trans organizer and Miss Trans America Pageant founder Christa Leigh Steele-Knudslien, age 42, was killed in her home on January 4, allegedly by her husband, Mark.

Reportedly, he bludgeoned her head repeatedly with a hammer and stabbed her through her heart. Christa was the first recorded murder of a trans person this year. Six days later, Viccky Gutierrez, a young immigrant from Honduras, died in Los Angeles. The man who allegedly stabbed Viccky to death set her body ablaze in the house where the two had met. On February 6, Tonya Harvey, a 35-year-old Black trans woman, was shot to death on the street in Buffalo, New York in an apparent hate crime.

This is a horrific start to the year following 2017, which was the deadliest year on record with 28 trans people killed in the U.S. alone, according to the Human Rights Campaign (HRC). Worldwide in 2017, there were 270 reported homicides of trans and gender non-conforming people. Approximately 2,609 trans people, the majority of whom were transgender women of color, were murdered within the 10 years since the Transgender Day of Remembrance began in 2008. The Trans Murder Monitoring Project tracks this mournful reality. The numbers are likely even higher because collecting information on these deaths is complicated by the fact that many trans people are misgendered in reports following their deaths.

Christa was a friend of mine, a fellow trans activist. We were “older brother/younger sister” trans family for a dozen years. Particularly ironic and tragic is that we talked often about our dislike of the need for the annual Transgender Day of Remembrance (TDOR). Now Christa is murder victim number one on this year’s TDOR list. “It’s not enough to just read the names of our dead and mourn their loss,” she said. “We must do something!”

Our mutual frustration with TDOR as the only time each year when the trans community gathers led Christa, myself, and others to found the New England Trans Pride March & Rally in 2008 and then Christa’s Miss Trans Northampton, Miss Trans New England, and Miss Trans America pageants in 2009 to 2015.

All of that was to showcase the humanity, pride, talent, grace, and beauty of trans people, especially trans women of color. But the grim reaper of trans hate keeps swinging at us, disposing of increasing numbers of trans people not only through murder but also through the highest levels of suicide, HIV/AIDS diagnoses, medical neglect, and unemployment than in any other population.

Three days after Christa’s death, I awoke on a Monday morning to bumping sounds inside The Pink Lady, the house in Holyoke where I live with the Sexual Minorities Archives. My cat scurried across the wood floor and I heard books falling from the shelves. In the sunny room across the hall from my bedroom where we house the free LGBTQ lending library, I saw a crow sitting atop a bookcase there. The bird’s wings were so shiny they seemed streaked with rainbow colors. It took great persistence for the crow to enter the house through a ceiling vent and a narrow space below an attic door, then make its way down one level to where I was at rest. I’ve never experienced anything like this at the SMA. I opened a window and the crow flew out.

It was Christa. She came to say goodbye and to whisper, “Remember me” and “Do something!”

Since then, I’ve been collecting Christa’s trans activist materials, newspaper clippings about her pageants, the evidence of her life and accomplishments including hand-sewn trans banners, her Miss Trans America sash, and her rhinestone tiara. We’re creating a personal collection for Christa in the SMA, to teach others about what she contributed to the trans community and to society—her legacy of pride in being a trans woman.

I’ve also thought non-stop about the outrageous disregard for the value of trans lives, what causes it, and what we must do to stop the killings.

Trans people, especially trans women of color, experience an intersection of oppressions that force them into bearing more hatred than any other people do. To stop trans murders, we must analyze each of those oppressions and formulate strategies to dismantle them. This includes racism, transphobia, transmisogyny, sexism, domestic violence, isolation, unemployment, poverty, rejection by families of origin, addiction, lack of healthcare, police harassment, and prison brutality.

High rates of trans murders and marginalization from society aren’t new phenomena. In 1970, Puerto Rican trans woman Sylvia Rivera and Black drag queen Marsha P. Johnson founded STAR (Street Transvestite Action Revolutionaries) and the shelter that became Transy House to provide safety, food, housing, and financial support to isolated trans women unable to find work, respect, or familial love. For too many trans people, little has changed in the nearly 50 years since the start of the LGBTQ rights movement at Stonewall. We can and must do better.

We need a national queer and trans conference to dissect each and every one of the oppressions that culminate in the hateful, “disposable” mentality towards trans bodies and lives. Pick one oppression—or more—and take action against it.

*Ben Power is the executive director of the Sexual Minority Archives, Inc. in Holyoke, Massachusetts.