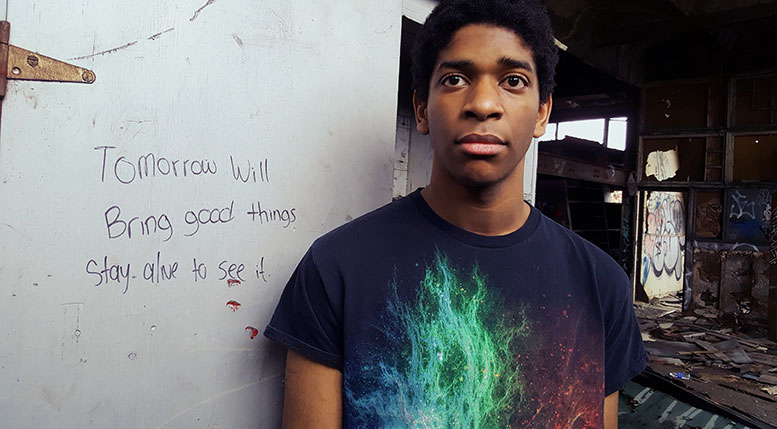 I often struggle with how much of myself I should let leak into my columns. Part of me wants to keep my prose limited to talking about politics, current events, or other issues that directly impact the lives of LGBTQ people. However, most times, I want to write about humanity and how I experience life with the small hope that my writing, my experiences, my unique approach to life and living, can help others, even if it’s to let them know that they’re not alone.

I write this column on the eve of my 37th birthday and in the midst of a debilitating depression. I’ve struggled with Seasonal Affective Disorder (SAD) since I was a teenager; right around the beginning of November until mid-March, I suffer from a massive bout of psychic darkness and a paralyzing sense of ennui. I could write 1,000 words about how I’m struggling and not come close enough to doing justice to just how overwhelming the depression is.

It’s difficult to get out of bed in the morning. For example, the day that I’m writing this column, I got out of bed at 4 p.m. Doing small things like sweeping the kitchen floor, dusting, or doing laundry feel Sisyphean. Going to work every day is a battle. There’s an intense sense of listlessness, dread, and an agonizing inability to see into the future. Life just feels like it’s too much to handle; so fragile and so intricate that it’s not worth going through.

Depression is a disease of self-involvement. One becomes so wrapped up in one’s sense of despair that it’s hard to realize that there’s light. For example, I’m able-bodied, work a high-paid full-time job that is rewarding and helps people, I’m surrounded by people who are intelligent, caring, engaged, kind, and hard working, and I have a small, but loyal network of friends who love me dearly. I’m healthy (save for an annoying head cold), have a roof over my head, food in my stomach, money in my bank account, and I live independently. Yet, I’m so wrapped up in a sense of self-sorrow and bleariness that I can’t see the forest through the trees.

My childhood, my irrevocably damaged relationship with my father, unrequited loves, my weight, social anxiety, and a litany of other disappointments all creep their way into my head and make me feel like a victim, rather than a survivor.

That’s the deceptively tricky part of depression, isn’t it? The way it makes you take stock of the have nots rather than the haves. The way it makes you so myopic that you focus on the past and things that cannot be changed, rather than on your future and the things that you can. It drains you, makes you feel like you’re inadequate, and as though there’s no hope left. It perfectly positions you to be a victim instead of the self-determinant, heroic, and self-possessed master of your own narrative.

It puzzles me, quite a bit, how I can go into work every day with a smile on my face and a joviality that fools my colleagues into thinking that I’m this happy-go-lucky, 30-something young professional with few cares in the world. I keep a blue box of assorted candy at my desk and periodically walk around the office giving my coworkers mid-day confections. I joke around with colleagues and show them a comic and outgoing side of myself that only belies a much sadder doppelganger that I keep hidden away under lock and key.

I do it so that they can’t see the “real me,” that part of me that fears failure, is constantly second-guessing himself, and wonders if I’m truly an impostor who somehow worked his way into a great job that he doesn’t deserve.

I’ve done it again; I’ve exposed myself. I’ve made myself vulnerable for the world to see, warts and all. But I don’t feel bad about it. I don’t feel embarrassed or worried. Quite the opposite, actually. I feel relieved and unburdened.Mental health is something we never talk about because it’s “too personal,” particularly in the black community where I grew up. We sweep it under the rug and pretend it’s not there so as not to deal with it; talking about feelings and emotions isn’t what men do.

Well, I don’t care. I write these words because the act of writing them makes me feel better. It’s therapeutic to throw your feelings out there and discuss something that the world would rather not. It’s freeing to name something that’s coiled itself around your mind, body, and soul, and speak to it in a way that disempowers it.

I don’t just speak for myself. I speak for the queer 16-year-old in the midwest who frustratedly sits in the closet, terrified of owning his identity. I speak for the mother of four who can’t stop drinking as a way of numbing herself to her unhappiness. I speak for the trans girl out there who is consistently misgendered. I speak for all the little black boys and girls whose parents left. I speak for the trans man who’s fought all his life to be taken seriously and live genuinely, for his identity to be affirmed. I speak, quite frankly, for anyone who feels as though they’re lying flat out on the ground, on their stomach, in front of the world, while the heavy boot of depression is squarely placed on their back and all they can do is lay there and pray for a reprieve.

I see you, I hear you, and I know exactly what you’re going through. I know what’s it’s like to dread the morning. I feel your anxiety when you must interact with large groups of people when you prefer to just be left alone. I understand your frustration when you feel as though others just don’t get it. And I affirm your humanity, dignity, and personhood when others try to make you feel as though it’s all in your head. You’re not alone, and you never will be …

*A graduate of the Boston University College of Communication, Mike Givens has been a social justice advocate for 10 years. During that time he’s worked on a range of initiatives aimed at uplifting marginalized populations. An experienced media strategist and communications professional, Mike currently devotes his spare time to a number of vital issues including racial justice and socioeconomic equity.