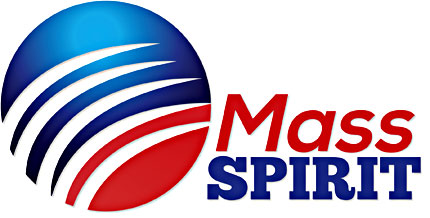 BOSTON, Mass.—Say hello to a new player in Bay State gay politics: The MassSpirit PAC, a grassroots political action committee, aimed at amplifying the “voice of the LGBT community to support LGBT candidates, defeat candidates who do not stand with [the gay] community and defend [LGBT] allies who do,” according to a Facebook posting and mission statement posted on its website at www.massspiritpac.com.

“Massachusetts has​ led the way when it comes to LGBT equality, but the gains we’ve made are fragile,” said co-founder Kevin Franck, who serves as chairman. “MassSpirit is an attempt to harness the kind of political power the LGBT community showed during the fight for marriage a decade ago to keep moving equality forward in the Commonwealth.”

Established in May, Massachusetts Spirit Independent Expenditure Political Action Committee—MassSpirit’s full name—is a super PAC, meaning it can raise money without limit from individuals, labor unions, and corporations, all of which do not have to abide by the same rigorous campaign finance disclosure rules as candidates are required to do by law. That is to say, super PAC donors remain unknown for a longer time period insofar as the campaign finance-filing deadline for super PACs, under current law, is not until September 2—only eight days before the primary, which is September 9.

While super PACs are not required to disclose donors names until September 2, the PAC must report the the amount of money spent and to whom within seven days of the expenditure.

Recently, however, the Massachusetts House approved a measure, by a vote of 143-4, which would require corporations, labor unions and other entities to disclose expenditures in statewide, county or local races—and the sources of their funding—within seven days. [pullquote]The timing of MassSpirit PAC’s formation could not have been more opportune as the state’s political landscape for LGBT people is flourishing. All three Democratic gubernatorial candidates—state Treasurer Steve Grossman, Attorney General Martha Coakley, and former federal healthcare administer Don Berwick—unabashedly favor full LGBT equality.[/pullquote]

While MassSpirit can support candidates, the PAC cannot coordinate directly with the various campaigns.

Because MassSpirit is a state PAC, it cannot touch FEDERAL races, for instance, the closely watched re-match in Massachusetts’ 6th Congressional District between incumbent U.S. Representative John Tierney, a Democrat, and former state Senator Richard Tisei, who is an openly gay Republican and candidate for lieutenant governor in 2010.

Franck co-founded MassSpirit with Dee Dee Edmondson, who served as its treasurer for a short time but has recently stepped down. Both longtime political operatives, Franck is a former communications director for the Massachusetts Democratic Party. He also served as a spokesperson for Governor Deval Patrick. Edmondson is the founder of a political consulting and public affairs organization. Previously, she served as political director for the grassroots, statewide LGBTQ organization MassEquality.

The presumptive Republican nominee for governor is Charlie Baker, although he faces a primary election opponent, Mark Fisher, a favorite among Tea Party and other conservative GOPers. Karyn Polito, the only Republican candidate for lieutenant governor, is a former five-term state representative for the 11th Worcester District (Shrewsbury and Westborough)

For Franck, building on the progressive LGBT legacy of Governor Deval Patrick is of the utmost importance for the gay community.

“When you look at the presumptive Republican ticket,” he said, “there are some very real differences. Four years ago when Republican Charlie Baker ran for governor, he took a hard line against transgender rights to appease the ultra-conservative wing of the Massachusetts Republican Party. Some people looked past that because Baker picked an openly gay Republican as his running mate in 2010, but this year Baker has teamed up with a Tea Party favorite who was one of the leaders of the effort to defeat marriage equality ten years ago.”

So far, GOP frontrunner Baker has not yet embraced full transgender equality even as he is supportive of a gay brother who is married to a man. Four years ago, in voicing opposition to transgender equality, Baker stood behind social conservatives who derided the transgender civil-rights protections on the basis of “gender identity” and “gender expression” as the “bathroom bill.”

This spring at the state Republican Party convention, Baker told a reporter he supported transgender protections but without safeguards for public accommodations, which would include, for example, restaurants, transportation (busses and trains), restrooms, businesses and other places of daily activities.

In another jab at LGBT and reproductive rights, the state GOP platform inserted language about values. On abortion, it states, “We affirm the inherent dignity and sanctity of human life. We believe that every instance of abortion is tragic. We advocate policies that will assist a woman during a crisis pregnancy.”

On equal-marriage rights for gays, the platform states, “We believe the institution of traditional marriage strengthens our society. There should be no infringement on the rights of the people of Massachusetts to vote on ballot initiatives.” The last sentence is an apparent reference to ballot initiative attempts, albeit unsuccessful, to overturn gay marriage.

Tisei, then a state senator, co-sponsored the measure.

For her part, Polito has come around to marriage equality.

“Karyn supported civil unions at a time when most Republicans did not,’’ Tim Buckley, Baker’s campaign spokesman, told The Boston Globe last December. “Like many, including President Obama, Karyn’s position has evolved, and she now supports the existing law and will not work to undo the progress achieved over the last decade,” Buckley said, quoted in the Globe.

But Franck will have none of that.

“Marriage equality was born in Massachusetts and spread throughout the country, but if Karyn Polito had her way, it would have died in the crib,” he said.

“Time and again, Polito has taken positions against the LGBT community and she has stood alongside some pretty big haters along the way,” Franck explained. “Combine Baker’s anti-trans baggage with Polito’s anti-equality record and the fact that the appointees in a potential Baker/Polito administration would be drawn from ultra-conservative circles, and it becomes clear that the stakes are very high for the LGBT community in 2014.”

Just how anti-gay, according to Franck, is Polito?

“Polito voted for a constitutional amendment that would have defined civil marriage as exclusively heterosexual, voted against repeal of the law preventing non-resident same-sex couples from marrying in Massachusetts, voted against protecting transgender people under the state’s hate crimes and anti-discrimination laws, co-sponsored an anti-gay ‘parent’s rights’ bill penned by anti-LGBT hate group president Brian Camenker [of MassResistance], and filed an official complaint when the Registry of Motor Vehicles began allowing transgender people to change the sex designation on their driver’s license without proof of sex reassignment surgery,” according to a Blue Mass Group posting (http://tiny.cc/5vg4hx).

“This is my umbrella. This is home. These are the people that support me and this is who I represent,” she said, according to Blue Mass Group, which bills itself as “the most widely read independent political blog in New England.”

That is fine with Franck, who thinks the more voices in support of equality the better.

“The LGBT community in Massachusetts has matured enough to benefit from multiple voices in statewide politics,” he said. “In many ways, being a Super PAC allows us to swing a sharper axe than other groups because we can operate in different ways.”

But whether candidates are open to MassSpirit PAC support is an open question. Healey has said she does not want outside organizations getting into the attorney general’s race.

“While organizations dedicated to advancing LGBT equality and other progressive causes are close to my heart, I don’t believe we should have unregulated special interest money in this campaign,” Healey said in a statement.

To date, MassSpirit PAC has not lined up behind any candidate.

“We’re still evaluating the races that we think we can impact,” said Franck.

Salem 4 All Launches, Keeps Them Honest