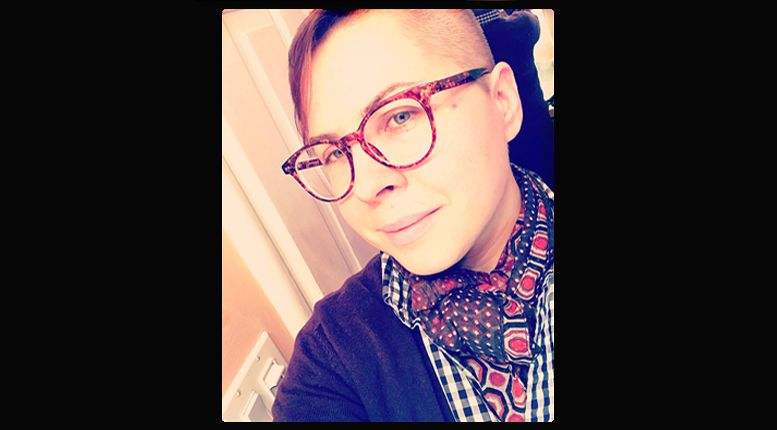 BOSTON—President Donald Trump’s election was the impetus Krys Petrie needed to make a change they had been considering for a long time—updating their name and gender marker on their birth certificate, driver’s license, passport, and other legal documents.

“It felt required because there was no telling what would happen,” said Petrie, a software engineer in Waltham whose preferred pronouns are they, them, and their. “Everyone in the community seemed to have that same realization and that’s when a bunch of resources became available.”

The project provides legal and financial assistance to transgender adults and parents of transgender minors throughout New England who want to change their names and gender markers on official documents.

Fenway Health also refers its patients to the Pop-Up ID project and provides more information on the name and gender marker change process on its website.

Petrie is one of more than 400 transgender people who has participated in the project thus far. Upon completing an intake form, they were connected with Gabriel Gillmeyer, an associate at Ropes & Gray, who walked them through the steps needed to move through bureaucratic government organizations.

“Everyone, trans or not, has dealt with these organizations in some capacity and know that it’s a pain,” Gillmeyer said. “My work is not always strictly legal, sometimes it’s just providing individual counseling to navigate through the steps and deal with issues that might arise.”

The process for completing name and gender marker changes differs from state to state, and sometimes even county to county for name changes in probate court. Gillmeyer said part of Ropes & Gray’s pro bono work in the Pop-Up ID project has been gathering information on each process and compiling fact sheets to share with their clients.

Patience “Polly” Crozier, a senior staff attorney at GLAD, said collecting that information also provides the ammunition needed to advocate for large-scale changes across Massachusetts. Those include both procedural changes and ensuring that staff in government agencies are prepared to work with transgender people.

“We can take the lessons from individual experience to make it fairer for people coming down the road,” Crozier said. “In Massachusetts, the court has been doing a lot [of] work to get up to speed to ensure that they’re affirming for clients.”

Despite those efforts, things still are not perfect. Petrie recalled their experience having a new driver’s license photo taken at the Massachusetts RMV.

“I was asked if I was a hairdresser because I was trans,” Petrie said. “There’s definitely still a lot of stereotyping out there.”

Completing the name and gender marker changes successfully comes down to two factors—time and money. County probate courts and government offices operate on a normal business schedule, which can make it difficult for people who do not have flexible job schedules to visit those offices in person.

Gillmeyer said this is one area where an attorney can work with the court to see if it’s possible to file the required paperwork on their client’s behalf in extenuating circumstances.

“You’re going to have a lawyer walk you through this process step-by-step to overcome any obstacles that may arise,” he said. “Having that individual assistance is a great asset.”

Also, the cost to complete name and gender changes on the standard set of legal documents (birth certificate, driver’s license, passport, and Social Security card) is several hundred dollars depending on where someone lives, plus additional charges are required to make copies of documents or request duplicates if needed.

Another potential stumbling block is the requirement of a physician’s letter to change one’s gender on a Social Security card. The Social Security Administration does not require verification of any specific type of treatment as long as it was administered by a licensed physician.

Letter templates are available on the MTPC website. They can also be drafted in conjunction with an attorney through the Pop-Up ID project.

These processes aren’t always easy, but project members say it is doable with proper planning and assistance. Gillmeyer said he’s seen clients complete everything in as little as three months if they are organized and motivated to complete all the required steps.

This was the case for Petrie, who said they were happy they completed the change from male to female.

“When I go to a bar or other place where I have to show [an] ID it’s nice to have that match what people see. It alleviates uncomfortableness,” Petrie said.

Djaz Idakaar, a librarian in East Boston, contemplated changing their name and gender marker, but ultimately decided not to because Massachusetts did not have a gender-neutral option. Idakaar and Petrie both cited Oregon’s gender marker “X” as something they would love to see implemented in Massachusetts.

To that end, MTPC executive director Mason Dunn said that group is actively working with the RMV to move toward Oregon’s model.

“We are currently working with the RMV to roll out gender-neutral markers for Massachusetts ID’ in the next six months,” Dunn said.

Petrie sees room for additional enhancements that would bring changing one’s gender more in line with updating other information on legal documents.

“In an ideal world, this would be a self-service sort of thing,” Petrie said. “Updating gender or your name on documents should be as simple as updating your address on those documents.”

In some cases, as Idakaar found, the name and gender marker change is not for everyone. Gillmeyer said he’s also seen clients drop off at various points in the process because life gets in the way.

“I always tell people to do what they’re comfortable with and know that these changes don’t have to happen at a certain time,” Idakaar said. “I think that the legal stuff is definitely important, but it’s not the end all and be all of gender and gender expression.”