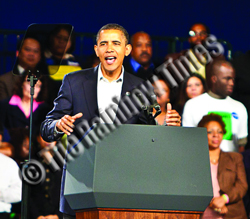 The U.S. Department of Education released a new report last month — a study that summarizes current state approaches in anti-bullying.

The report shows an increasing prevalence of efforts at the state level to combat bullying. From 1999 to 2010, for example, legislatures passed more than 120 bills, either introducing or amending bullying and related behaviors in schools. In 2010 alone, lawmakers enacted 21 new bills; and eight additional bills were signed into law through April 30, 2011.

“Every state should have effective bullying prevention efforts in place to protect children inside and outside of school,” said Secretary of Education Arne Duncan, in a press statement.

“This report reveals that while most states have enacted legislation around this important issue, a great deal of work remains to ensure adults are doing everything possible to keep our kids safe,” he said.

Local and national advocates of safer school environments for LGBT youth and families praised the report and efforts at the federal level to protect all students, including gay youth.

“It is important to be looking at anti-bullying laws around the country,” said Alison Gill, public policy manager for the Gay, Lesbian, and Straight Education Network, a national advocacy organization.

“This is an incredibly useful resource for law makers, school administrators, and advocates in their thinking about how to create safe-school laws and to be able to see what the Department of Education identifies as best practices and what other states are doing and how that shapes policy,” she said.

“The majority of state model policies were enumerated, even in states without enumerated anti-bullying laws,” Gill added, “showing that state education officials consider this a critical component, removed from the context of political debate.”

“The Obama administration has been very clear and outspoken since day one about how LGBT people are part of the American fabric and particularly clear about the need to keep LGBT youth safe in schools,” said Kara Suffredini, executive director of Mass Equality, a statewide advocacy organization.

Last March, for example, the White House held a major conference on bullying prevention. At the time, both President Obama and the First Lady posted a video to the StopBullying.gov Facebook page.

In August 2010, the Department of Education hosted the First Federal Partners in Bullying Prevention Summit, a gathering of government officials, policy makers, researchers and educators to explore strategies to combat bullying in schools. That summit exposed an information gap regarding anti-bullying laws and policies across the country. To address the gap, the Education department drafted a guidance document, “Anti-Bullying Policies: Examples of Provisions in State Laws.”

Referring to the new report, Suffredini added, “It’s helpful for us to continue to build the case for making sure that anti-bullying laws include specific mention of the populations that are most vulnerable, which of course includes ‘sexual orientation’ and ‘gender identity.’”

Concern over the bullying of LGBT youth came into sharper focus during the last few years with the suicide in September, 2010, of Tyler Clementi, an 18-year old freshman at Rutgers University, who leaped from the George Washington Bridge after classmates secretly videotaped him and another male during an intimate sexual encounter and posted it on the Internet.

Closer to home, 11-year-old Carl Joseph Walker-Hoover of Springfield, Mass., hanged himself in April, 2009, after enduring bullying at school, including daily taunts of being gay despite his mother’s plea to the school to address the problem.

And the January, 2010 suicide of Phoebe Prince in South Hadley, Mass., prompted the state Legislature to pass an extensive anti-bullying law that spring, which Governor Deval Patrick signed into law on May 3, 2010.

During telephone interviews, Gill and Suffredini said their organizations were in “strong” agreement with components of safe-school laws recommended by the Department of Education, namely requirements to report incidents of harassment and bullying, teacher training, a clear definition of what constitutes such behavior, and fully enumerated legislation that specifically mentions “bullying” and “harassment” and that include protections for conduct based on a student’s actual or perceived sexual orientation or gender identity.

Other enumerated attributes include, for example, race, color, national origin, sex, and disability.

“It is just critical for everybody in the school and community to understand that certain kinds of targeting of students are bullying,” said senior staff attorney Karen Loewy at Gay & Lesbian Advocates & Defenders (GLAD).

GLAD has worked on anti-bullying legislation with activists and lawmakers in all six New England states.

“When you have explicit recognition in a statewide law that targeting someone based on actual or perceived characteristics is per se bullying, it gets incorporated into training policies and can be posted on the wall in a school environment,” she said.

Explicit mention of “sexual orientation” and “gender identity” not only lets LGBT youth know they are protected, but also puts bullies on notice, Loewy explained.

Enumeration “lets everyone know that if you are walking around the cafeteria calling someone a ‘faggot,’ your conduct is in violation of anti-bullying policies,” she said.

Furthermore, “We see lot of well-intentioned teachers who are not understanding [for example] that allowing the constant [meme] ‘That’s so gay’ to continue is really creating a hostile environment that may violate the state’s anti-bullying law,” Loewy said.

When state law clearly specifies what constitutes bullying, “it trickles down into how teachers are trained,” she said, adding, “Enumerated categories are a serious prevention angle.”

Over the years, lawmakers have taken steps towards making schools safer by enacting three kinds of laws.

One approach is through education statutes guaranteeing non-discrimination in the school environment, such as those passed by Massachusetts and Connecticut, which initially included sexual orientation and were amended to include gender identity by the recently enacted transgender rights bills passed in both states.

“These laws have been interpreted by regulation to include an obligation on the part of schools to address harassment as a form of discrimination,” explained Loewy.

Another approach is to provide protection from discrimination for LGBT students through statewide nondiscrimination laws, which prohibit discrimination on the basis of sexual orientation and gender identity in areas like employment, housing and public accommodations.

Connecticut, Maine, and Vermont have enacted nondiscrimination laws protecting students inclusive of both sexual orientation and gender identity, with legislation there viewing schools as places of public accommodation.

Still, only very recently have any of New England’s six states have passed enumerated anti-bullying laws — the third approach.

Connecticut and Rhode Island had more generalized, unenumerated anti-bullying laws until 2011, when both states amended those laws to include more comprehensive definitions of bullying.

Vermont was the earliest, having had an enumerated definition of bullying since 2004.

By contrast, New Hampshire’s anti-bullying law “recognizes LGBT students are disproportionately targeted, but not within the law’s description of what constitutes bullying,” Loewy said, adding, “I would not consider [that law] to be enumerated.”

For some time, the Rhode Island Board of Regents, which oversees education in the state, has had in effect a non-discrimination policy, adjusted a decade ago to include sexual orientation and recently revised to include gender identity, Loewy said. “There is a policy but with no way to enforce it.”

Now, “Rhode Island has a bullying law that is enumerated,” she said.

And yet, “no state has found the perfect combination. I don’t think there is a perfect law that helps create the kind of systemic changes in the school environment. It’s a complicated landscape,” she said.

Meanwhile, in Massachusetts much to the dismay of LGBT activists, the state’s anti-bullying law, signed into law by Governor Deval Patrick last year, fell short of enumerating sexual orientation and gender identity.

But as part of the legislation, the Legislature established an oversight commission, chaired by Attorney General Martha Coakley.

In October of 2011, Coakley, testifying on Beacon Hill, said the Legislature should “require that schools make explicit in school anti-bullying plans that certain enumerated categories of students are particularly vulnerable to bullying and harassment.”

Coakley, along with state Auditor Suzanne Bump, also called for lawmakers to establish “a mechanism for annually reporting [bullying] data to the Department of Elementary and Secondary Education.”

Both data collection and enumeration are included a bill currently before the Legislature, House Bill 3584, “An Act Relative to Implementation of the School Bullying Law.”

Mass Equality’s Suffredini is hopeful lawmakers will pass the proposed legislation. “Prevention” is paramount for us, she said. “Enumeration in law of the most vulnerable populations is one way to make sure [LGBT youth] are kept safe.”

At the same time on Capitol Hill, Congress is considering two federal pieces of legislation.

The Safe Schools Improvement Act (SSIA) would require school districts receiving federal money to implement and report on anti-bullying programs. Those programs must identify bullying and harassment based on actual or perceived sexual orientation or gender identity, among other enumerated characteristics. Bullying and harassment under SSIA would include cyber bullying such as e-mail or instant messaging.

Senator Kerry and four of Massachusetts’ congressmen are SSIA co-sponsors, including U. S. Representatives Michael E. Capuano, James McGovern, Richard E. Neal, and John Oliver — but not Senator Scott Brown, according to HRC and Mass Equality.

Brown, however, has publicly committed to vote for the measure when it comes to the floor.

The Student Nondiscrimination Act (SNDA) would require elementary and secondary schools not to discriminate against students on the basis of actual or perceived sexual orientation and gender identity in any program or activity that receives federal money — or risk losing those funds. Under the proposed SNDA, “discrimination” includes “bullying” and “harassment,” along with “intimidation and violence.”

U.S. Senator John Kerry, along with the ten-member Massachusetts congressional delegation, is an SNDA co-sponsor, but not Senator Scott Brown, according to the Human Rights Campaign (HRC) and Mass Equality.

For her part, Jennifer Chrisler, executive director of the Family Equality Council, a national advocacy organization based in Boston, praised legislative efforts at both the state and federal level. “Our parents care about keeping schools safe,” she said. “We are training parents to be a voice within the school system and to participate in strong anti-bullying programs.”

The focus for the organization, Chrisler added, is “when there are conversations or policy advancements to protect LGBT people from bullying or harassment, included in [those discussions] are people who affiliate with LGBT people. That’s what protects kids, LGBT parents.”

In the Wake of 2016 U.S. Presidential Election, Vigilance Needed More Than Ever