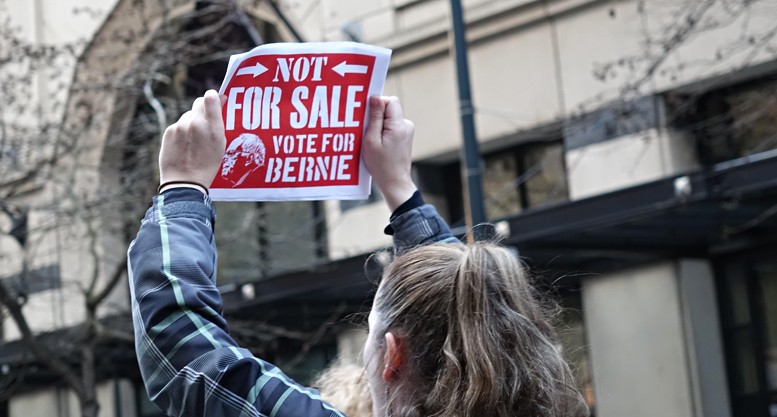 Bernie or Bust. A movement widely known as “Bernie or Bust” has been circulating for some time now on the web. Simply put, if Sen. Sanders loses the Democratic nomination to run against the GOP in November, some supporters are vowing to write in his name at the polls or even cast their vote for a Right-Wing candidate. One thing is for certain—they have vowed not to vote for Democratic Presidential candidate Sec. Hillary Clinton.

As a life-long Democrat, I am deeply troubled by this mentality and personal declaration of “Bernie or Bust.” How can individuals who believe in the promise of Sen. Sanders’ “political revolution,” as he declares in his stump speeches, bail on fellow Democrats if it doesn’t go their way? That is not the Democratic principle that the party seeks to uphold. How can these same individuals conscionably hand their vote to a Republican candidate without considering that they represent the most serious of “crimes” against equality for LGBTQs, women, racial and ethnic groups, immigrants, the disabled, and so on? Putting a Republican in the White House again would be catastrophic for the American people and any hopes of furthering medicine, technology and global relations, not to mention the serious potential fallouts of national security, the safety and the state of our nation. Did we not learn anything from the George W. Bush presidency? Perhaps, the “Bernie or Bust” participants are not Democrats in the first place. After all, Bernie wasn’t a Democrat either, until this election cycle. 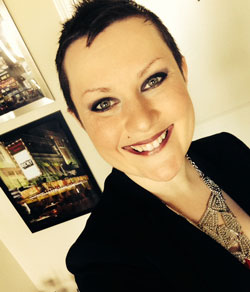 I have rarely heard or seen Sec. Clinton supporters vigorously attack Sen. Sanders’ supporters in the way I’ve witnessed the reverse. The social media sphere has gotten out of control with the “Bernie or Bust” movement. Some known as “Bernie Bots: have venomously trolled and targeted the pages of Clinton supporters, not to convince them of voting for Sen. Sanders mind you, but to express disdain, sexism, and plain vitriol against Clinton or even the users themselves. When prompted by others to cite what they are most attracted to regarding Sanders campaign, the responses posted mostly demeans Clinton and/or her supporters.

Recently, “a new Wall Street Journal/NBC News poll indicated that one third of Vermont Senator Bernie Sanders’ supporters cannot see themselves voting for Hillary Clinton in November,” reported the WSJ. Supporters of the “Bernie or Bust” movement are akin to Donald Trump supporters—an all or nothing mindset. But, we deserve more.

While there are definitive differences between Clinton and Sanders, it is crystal clear that either candidate would be better for the country than any of the Republican ticket holders. Undoubtedly.

A “political revolution” comes with compromise, evolution, experience, and the impassioned ability to work across the aisle to make progress. No single candidate, nor you or me, have an impeccable record that cannot be picked apart in some way. We’ve all made mistakes along our life’s journey and likely have regrets from which we’ve learned. It is up to all of us to decide which candidate from our political party can best “get the job done.” However, what is inexcusable is allowing members of our own party to turn against each other and shred each other to pieces. That will only play into the hand of the Republicans. When we know better, we do better. So, let’s do better.

The race to the White House is not an after dinner game, a cabaret theater nor reality TV. The choices that we make today and how united we stand as fellow Democrats will impact us not only in the present, but for years into the future. Think about it. Peace.

*Nicole Lashomb is the editor-in-chief and co-founder of The Rainbow Times. Nicole holds an MBA from Marylhurst University and a BM from the Crane School of Music (SUNY-Potsdam). Contact her at: editor@therainbowtimesmass.com.

8 Comments on "Bernie or Bust: A Disturbing Reality"