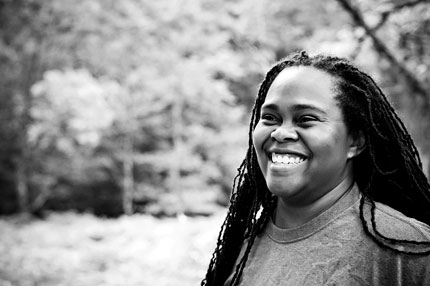 Kristen Porter, founder of Dyke Night Productions and owner of The List: Boston’s Queer Agenda, shared why she believes events like this are important to the LGBTQ community.

“Laughter is healing,” said Porter. “LGBT people encounter micro aggressions every day. Combine homophobia with racism and transphobia and sexism…micro aggressions are additive to other stressors in our lives and contribute a great deal to the depression and isolation that research has reported is so profound in the LGBT community. Coming together with other LGBT people and LGBT performers provides a safe space to heal with laughter.”

Porter said that while Dyke Night hosts the largest dance parties for women in New England, she also wants to provide events that are not late night and are attractive and accessible to LGBT people who have kids or parents they care for at home.

Headlining the event is Valls, voted by Latina Magazine as one of the “Top 33 Bad Ass Comics,” one of Curve Magazine’s “Top 100 funniest lesbian comics,” and one of the “Top 10 faces to watch in 2010” by Diva Magazine.

TRT asked the nationally touring comedian to share her thoughts on comedy, activism, and her unique perspective as a Latina lesbian performer.

Q: Why did you want to become a comedian, and how did you get started in the business?

A: I love making people laugh. I always have. It truly brings great joy to me. My comedy career was, literally, a gift. I remember my girlfriend and I were in couple’s therapy…so lesbian of us. We were in couple’s therapy and, well, she broke up with me. I was, of course, devastated. Anyway, right after she broke up with me she was all, “What do you want me to do with your gift? I signed you up for a stand-up comedy class at Brookline Adult Ed.” It was an early Christmas gift. Yes, she broke up with me right before Christmas! I was so upset! Who wants to laugh after you’ve been dumped? Then a good friend of mine advised me to go to the class since I didn’t have any friends…they all went with her. So I went to comedy class with Rick Jenkins. He still does Comedy in Cambridge. Since that day, an amazing career was born. Comedy healed me then and it still heals me now. I still talk to my ex. She’s super nice.

Q: What is your favorite thing about being a comedian and performing?

A: Some fans become friends. I love that. I have so many friends in so many states. I really love that. I love the exchange of energy from the stage to the audience. I love traveling with fellow comics and having fun with them. It’s so much fun! Even with all the work we put in, and believe me, it’s no picnic. It’s truly a lot of work. Even with all that, my career is so much fun. The people I’ve met and the beautiful bonds I have with them, it’s my favorite thing.

Q: Who have been your biggest comedic influences and why?

A: I always get asked this question and I never know how to answer it because it’s so vast. I have been and continue to be influenced by so many. Just recently, I realized that my Dad was a big comedic influence on me. He loves to tell stories and is quite good at it. Growing up I loved Bette Midler and Carol Burnett, Gilda Radner, Lily Tomlin, and Steve Martin.

Q: As a Latina lesbian, do you feel like there are certain jokes that you can get away with that other comics can’t?

A: Well, the lesbian sex jokes for starters! Lesbian sex, while being super hot, comes with its own set of challenges. I’ve had to go to the chiropractor now and again. This is a touchy subject because funny is funny. Society allows you to “make fun of your own.” For example, if you’re Mexican, you are “allowed” to poke fun at your people. But that doesn’t mean that a non-Mexican can’t make fun of us. It has to be funny and not insulting. That takes skill and finesse. It’s all in the delivery.

Q: Do you think there are certain topics that shouldn’t be joked about or tackled by comedians?

A: Rape is never funny.

Q: Do you feel that you have been treated differently in the comedy world because you are a lesbian? A woman? A Latina? If so, how has that affected your career, and how are things improving?

A: I have been very lucky that I’ve been supported since the beginning. When I first moved to Los Angeles the Latino comedy community embraced me. Frank Lucero, Gabriel Iglesias, Felipe Esparza all helped me get seen and booked at clubs. I was one of the guys, like “Anybodys” in West Side Story. Of course there are always those promoters/producers who will always reject you because they already have the “lesbian” in the lineup. This is what sucks. There’s been times when a show has a few male comics and only one lesbian comic and they say, “We already have a lesbian comic. We don’t want to make this a gay show.” We’ve come a long way but there’s still a ways to go. There’s still that stigma of the lesbian comic. Some people don’t want to hear about my funny lesbian life. I have even been asked to “gay it down,” yet my straight colleague will talk about how he had sex with his girl. But me? Oh no, I have to gay it down. I don’t gay it down. I actually “gay it up.”

We still need support from our very own LGBT community. People who have made it to the top didn’t get there alone. In fact, most performers who are “out” and successful now were not out on their way to the top. It’s only when they reached a level of success that they felt okay enough to come out.  What about those of us who did not deny our gayness, our truth? We have blazed and still are blazing a trail for our community. We are out there on the road all over the country playing small bars and clubs in bumf*ck nowhere, sometimes risking our own safety in those back a$$ towns, but we are out there representing! We are out there with our heads held high with pride empowering the lives other LGBT people, town by town, city by city, and we still do not get recognized for being out. Instead, the media recognizes the truly famous for being out. “Oh look! The Out 100 list!” And it’s all already famous out people. We too could have denied our gayness and have gotten further. That’s the truth. We could have been way further along in our careers had we played the game, but we chose not to. We chose to stand in our truth, and so, it’s taking longer for us to reach that pinnacle of success. It’s been a slow road but we’ll get there, and when we do, it’s going to be magnificent. Watch.

Q: Do you feel that as a comedian, you have an opportunity to also educate audiences or break down stereotypes?

Q: What advice would you give to LGBTQ people, particularly lesbians, who are starting out as stand-up comics?

A: Stand in your truth. You were put on this earth with a mission that is unique to you. Do it.  Do the work. Go to as many open mics as you can and work out your jokes. Keep on moving forward no matter how many times they will try to knock you off path. Keep moving forward. You will get there. Ase.

Q: What current and future projects are you working on? What causes are near and dear to your heart?

A: Thanks for asking this! I am working on creating a touring comedy show that helps raise funds for women who are or have been abused. Stopping violence towards women has been a huge cause for me. I’m still deciding on whether the funds will go to local domestic violence shelters from city to city or go to a national women’s anti-violence organization like Women for Women International. This idea has been with me for years and I have to do something about it. Maybe some of your readers have some input. I welcome any and all support, ideas, comments, suggestions etc. Ase. Contact me at slvalls@msn.com.

Crys Matthews, who has shared the stage with the Indigo Girls, Dar Williams, Melissa Ferrick and more, will open for Valls at the event. Matthews released her sophomore album, A Lesson Learned, as well as an EP called The Izzle Ballads in 2012. Her third full-length album, Come What May, bridges the gap between contemporary folk and Americana through storytelling set to music.

Matthews said she also feels that as an artist, she has an opportunity to educate audiences and break down stereotypes.

“My new album Come What May is full of songs like what my fans call ‘the D.O.M.A. song’ and my song ‘You Remind Me,’ which is about the lovings of Virginia, and Edie Windsor and Thea Spyer,” said Matthews. “I firmly believe that music is a universal language and truly the greatest of the arts because it reaches across divides. It’s so funny because one of my top demographics is older white men, which is really saying something considering I am none of those things, but so many stories about love and life translate to so many different kinds of people. I think that’s what it’s all about.”

Tickets for the event, while available, can be purchased in advance, $20 for general admission and $25 for VIP. The event begins at 8 p.m. on May 16, is 21+, and will be ASL interpreted. For more information and to purchase tickets, visit www.dykenight.com.