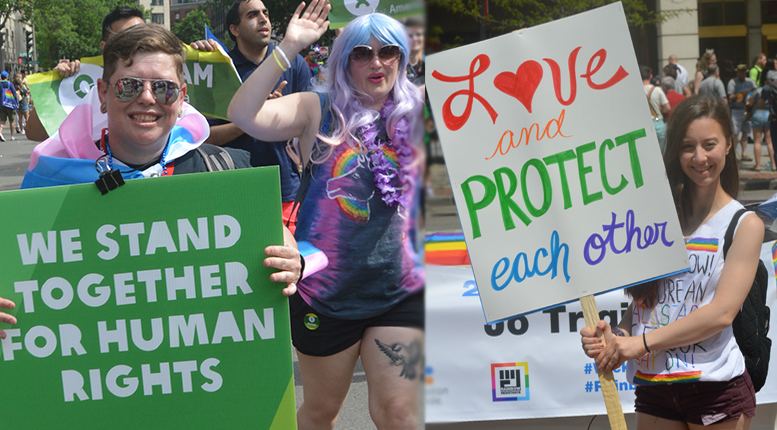 Today is a Muslim Ban tomorrow it could be anyone

“Today, a single U.S. Supreme Court Justice was the difference between putting an end to the Trump-Pence Administration’s hateful, discriminatory and un-American Muslim ban and allowing our government to blatantly discriminate against people because of their religion. A single Justice was the difference between ending the lies at fake reproductive health centers and letting them off the hook for their dangerous and deceptive practices that do real harm to people seeking reproductive care every day across our country. If anyone seeks a clear illustration of the fact that elections have consequences—and that the Trump-Pence Administration’s radical judicial nominees threaten our core values as Americans—today is it.

“Our LGBTQ community is diverse—we are women and men, intersex and nonbinary. We are Muslims and Christians and Jews and nonbelievers. Most importantly, we are united in the belief that an attack on any of us is an attack on all of us, and we will never stop fighting to create a world that is healthy, just and fully equal for all LGBTQ people — as well as our friends, our family, our coworkers and our neighbors.

“We are also resilient. From Dred Scott to Plessy v. Ferguson to Bowers v. Hardwick, the U.S. Supreme Court has set back our fight for a more equal and just society on more than one occasion. And yet, we keep marching forward. We keep bending the moral arc of the universe. We keep working to elect leaders who appoint and support fair-minded judges. And in time, those decisions we once thought were devastating to our fight are relegated to the dustbin of history where they belong.”