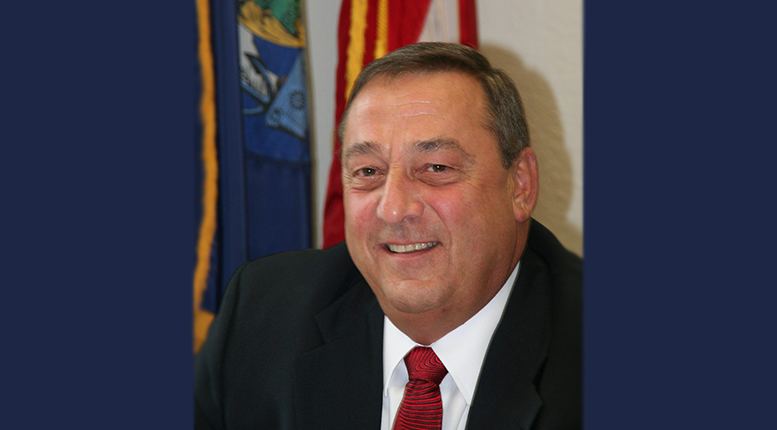 LePage called the bill “bad public policy” and “a threat to an individual’s religious liberty.”

The bill, LD 912, or, “An Act to Classify the Scope of Practice of Certain Licensed Professionals Regarding Conversion Therapy,” would ban mental health professionals licensed by the state from practicing this form of therapy on minors.

“The bill is good public policy,” said Mary Bonauto, an attorney at GLBTQ Legal Advocates & Defenders. “[And] the accurate interpretation of the bill is that the State does not have to license harmful practices and should not do so. Parents can teach the value they wish at home, but parental rights and belief do not extend so far as to force the state to allow state-licensed counselors to provide something that we know is harmful and ineffective.”

As defined by the bill, conversion therapy is any practice or treatment that seeks to change an individual’s sexual orientation or gender identity, including, but not limited to, any effort to change gender expression or reduce sexual or romantic attractions or feelings toward individuals of the same gender.”

It was sponsored by Republican Senator Roger Katz (R-Maine) of Augusta, the state capital.

Maine followed several other states—including Illinois and Vermont, both of which have already passed legislation banning the practice—in questioning the legitimacy of conversion therapy. More recently, Delaware Governor John Carney signed legislation restricting the practice’s use on LGBTQ minors.

The practice is still exceedingly prevalent within the LGBTQ community in the United States. In a report published by the Williams Institute at the University of California, Los Angeles School of Law, it is estimated that “698,000 LGBT adults (ages 18–59) in the U.S. have received conversion therapy, including about 350,000 LGBT adults who received treatment as adolescents.”

In LePage’s veto message, he called LD 912 “bad public policy,” claiming it “attempts to regulate professionals who already have a defined scope of practice and standard of care.” The governor later stated his opposition to youth being physically or mentally abused, but that the bill’s phrasing (“any practice or course of treatment”) is too ambiguous and could create difficult and confusing situations.

“I also have grave concerns that LD 912 can be interpreted as a threat to an individual’s religious liberty,” LePage said. “Parents have the right to seek counsel and treatment for their children from professionals who do not oppose the parents’ own religious beliefs.”

With regards to claims of conversion therapy being used widely by mental health professionals, the governor stated, “no evidence has been presented during the many public meetings on this subject that indicates conversion therapy is being used by anyone, including licensed professionals, in the State of Maine … [W]hat we are really trying to regulate are the private, consultative conversations between a licensed provider and a client.”

LePage noted that a bill he sponsored, LD 1904—a bill that sought to ban female genital mutilation in Maine was apparently not supported by the same people that support LD 912. He called this a “disgusting double-standard” and claimed that “cowardice is bowing to political correctness and voting against LD 1904 … I believe we should apply consistent standards when passing legislation to protect our vulnerable young people.”

LGBTQ advocates disagree with most of his points.

“I worked with the bill sponsor and others to craft the language for the bill to be specific as to what is forbidden, to provide appropriate exemptions for religious clergy, and to ensure compliance with the constitution,” Bonauto said. “The Governor’s veto message misses the mark on each point raised. [C]onversion therapy is occurring in Maine, and … therapists [have] submitted written testimony about the impact of the bill on their practices.”

LePage has previously s been criticized for being “extreme conservative.” For example, in the state’s 2013 budget, the governor cut $400,000 from a Maine affiliate of Planned Parenthood.

The initiative to pass the bill was spearheaded by GLAD, Maine’s Human Rights Campaign (HRC), EqualityMaine, and the National Center for Lesbian Rights (NCLR).

“Governor LePage’s shameful decision to veto this life-saving legislation leaves Maine’s LGBTQ youth at risk of being subjected to a practice that amounts to nothing less than child abuse,” said Marty Rouse, HRC national field director. “These crucial protections are supported by a bipartisan majority, and have been signed into law in a growing number of other states by both Democratic and Republican governors—including by the Republican governor in neighboring New Hampshire.”

The ACLU of Maine () also had a supportive role in the initiative.

“[We were] happy to work with the bill’s sponsors and supporters to help ensure it didn’t run afoul of protections on free speech and freedom of religion,” said Rachel Healy, the director of communications and public education at the ACLU of Maine. “It was important to us that the bill not outlaw speaking in confidence with someone about the teachings of your faith.”

Despite the veto, the organizations still encourage voters to turn out this November for the midterm elections.

“It’s absolutely essential that fair-minded voters turn out this November and elect a pro-equality governor who will sign these critically important protections when lawmakers pass them again next legislative session,” said Stephen Peters, senior national press secretary and spokesperson for the Human Rights Campaign.

[This exclusive story was first published on the August 2, 2018, issue of The Rainbow Times.]