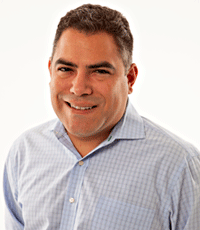 Getting tested for HIV nowadays is a snap. In the era of over-the-counter rapid in-home testing, I’m befuddled why so many gay men, especially young guys, lack awareness of their HIV status.

I suppose part of the answer, at least for young guys, is plain old feelings of invincibility. All young and young-minded folks share in those feelings.

Perhaps, for some guys, not knowing gives them license to say they’re HIV negative, since for all they know they are. For others, perhaps not knowing insulates them from any potential pain of a positive result.

I could keep that list going, but the point is that countless reasons exist for not knowing. Many of those reasons may even seem reasonable. Well, I’m here to tell you that no reason you can come up with is a good one.

Maybe you’re just a procrastinator. No matter. I’m a world-class procrastinator myself. Procrastination isn’t a good reason. Being fine with getting tested in theory but delaying doing so in practice is only asking for trouble.

Although I’ve been living with HIV for more than two decades, I still remember what it’s like to get tested for the virus. The fear is understandable, but it shouldn’t stop you. Your health is paramount.

I passed my first HIV test with flying colors: Negative. At the time, I had just turned 21 and boy was I psyched. I was cleared for duty, so to speak, as well as legal to drink. Watch out world, here I come.

However, I was more careful this time around. Before that test, I hadn’t always adhered to the condom rule, although I knew the risks. Now that I was given this reprieve, I was determined not to squander it.

A year later, I failed my second HIV test: Positive. I found out the day after my 22nd birthday. My commanding officer in the U.S. Marine Corps Reserve read my diagnosis from a script. Cold, but tactful.

It was 1992. Effective HIV treatment wouldn’t arrive until 1996 and AIDS-related deaths were still increasing. The death of my boyfriend in 1994 only increased my fear that I wouldn’t live much longer.

Fast-forward over two decades. Turns out I’m still here and I plan on being here for a long time. Failing that HIV test wasn’t the end of the world, but I must admit that I still wish that I had passed it.

I’ve learned to live with HIV in my body, but the virus remains an unwelcome guest. If the cure for HIV was here tomorrow, I would quickly get in line. I have no romantic attachment to the virus.

I also have no attachment to any resentment about getting HIV. Despite my late boyfriend not telling me the truth about his being HIV positive, I agreed not to use condoms with him. We both shared in that decision.

What I have decided, now having lived more than half of my life with HIV, is that I did the right thing for myself by forgiving him. I believe he never intended to transmit HIV, so forgiving him wasn’t too difficult for me.

The anger I felt toward him in the first few years after I seroconverted was soon trumped by the experience of now being in his shoes. Not pretty. Rejection was everywhere. The stigma was stifling. I now understood.

And I still understand. Little has changed when it comes to HIV stigma. Not only has the virus proven resistant to a cure, it also has resisted decades of attempts to eradicate the stigma surrounding it.

Strangely enough, I believe testing regularly for HIV would do wonders in stomping out stigma. If everyone did it, and did it often, folks would finally start feeling like it’s not so scary. Peer pressure at its best.

*Oriol R. Gutierrez Jr. is the editor-in-chief of POZ magazine. Find him on Twitter @oriolgutierrez. This column is a project of Plus, Positively Aware, POZ, The Body and Q Syndicate, the LGBT wire service. Visit their websites — http://hivplusmag.com, http://positivelyaware.com, http://poz.com and http://thebody.com — for the latest updates on HIV/AIDS.