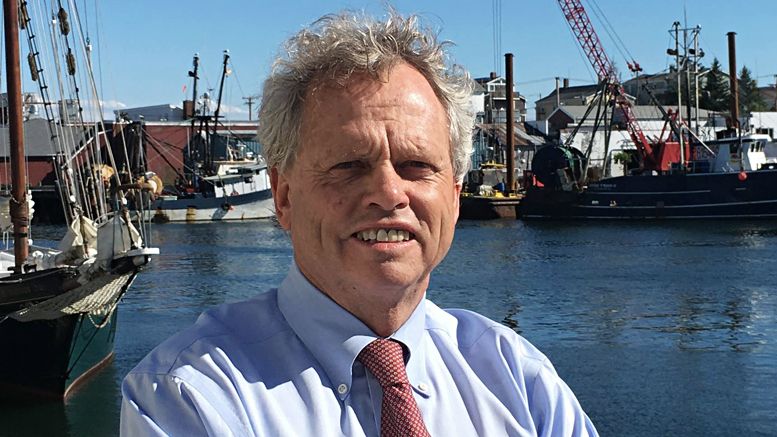 From The Editorial Staff

Although The Rainbow Times typically does not endorse for primary elections, there is a race that has particularly stuck out to us: the race for Essex County Sheriff. This candidate has demonstrated through action that he is not only a staunch supporter of the LGBTQ community, but also understands the complexity of the intersections of our very identities pertaining to race and ethnicity, gender disparities, and so on.

The Sheriff is responsible for the management of custody and care of those held in the house of corrections. As a well-known and respected Essex County criminal defense attorney for more than 30 years, and also serving as a corrections officer and firefighter, Ed understands the overall experience of inmates in the criminal justice system through direct exposure. In conversations with The Rainbow Times, countless times, Ed has demonstrated a clear understanding of many issues that arise for those that are LGBTQ and people of color while incarcerated, including the very basis for their incarceration in the first place, at times resulting from and in systemic prejudice.

As The Rainbow Times reported in its November 2015 issue, the grassroots organization, Black and Pink, works to advocate for the rights of LGBTQ prisoners. According to the organization, they are “outraged” by the specific violence of the prison industrial complex against LGBTQ people, and respond through advocacy, education, direct service, and organizing.

Most recently, The Rainbow Times’ July 2016 issue revealed issues pertaining to solitary confinement of incarcerated LGBTQ people and the resulting health and safety concerns arising from such a practice, even if the inmate is in protective custody. “Protective Custody” involves segregating an inmate from the general population if the inmate, or the facility’s staff, has expressed a serious health and/or safety concern,” the report read. “Many LGBTQ inmates request protective custody for fear of being harassed or assaulted because of their sexual orientation and/or gender identity. The length of a stint in protective custody is dependent upon periodic assessments conducted by staff to determine the veracity of the health and/or safety concern.” The source for this story says that he is still recovering from the trauma of being placed there for lengthy periods of time.

We trust Ed O’Reilly to take on these types of issues and more as Essex County Sheriff.

A progressive Democrat, Ed is fair, objective, and empathetic to the needs of marginalized groups and has proven that dedication since the day we met him. First discussing the needs of the LGBTQ community with us at length several months ago, we were impressed with his in-depth understanding of LGBTQ issues. He was also the first and only Essex County Sheriff candidate to reach out to The Rainbow Times directly following the explosion of our newspaper box in Salem, deemed a hate crime by local police. He is the only candidate that has set up his campaign office in “The Point,” a Salem neighborhood whose residents are predominantly Latino or other members of the immigrant community. Ed listens. Ed cares about those who may be different from him. Ed learns from others. Ed is unequivocally our choice. Ed has stood in our corner from the start and we are proud to stand in his today.

To learn more about Ed’s plans to tackle the Opioid crisis, address mental health issues, create action through intervention and prevention, and develop programs to give women equal access to treatment and training programs, visit www.edoreilly.org.