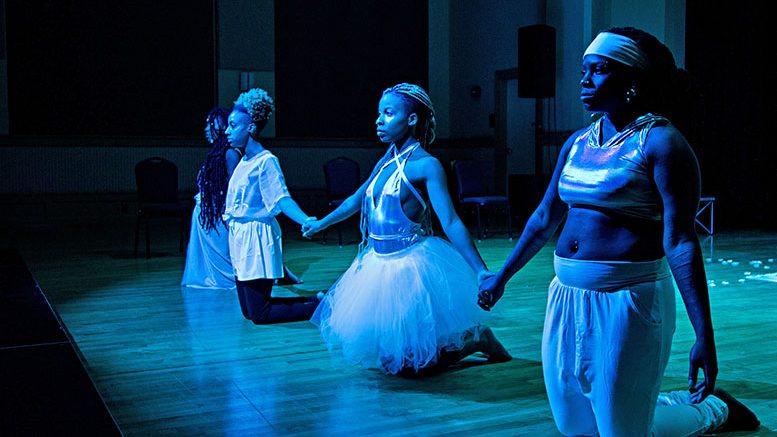 Performing Arts Supporter Ellen Poss made the $1 million gift in support of this new vision and strategic direction—the largest contribution ever received by The Theater Offensive.

“For over 30 years, The Theater Offensive has provided an artistic home for young, emerging LGBTQ artists of color to share their stories through inspiring art, and has been a leader in the movement for social change,” said Poss. “TTO is working to create a better Boston for all of us, and I’m proud to be a part of it.”

Banking in the future of TTO

Founded in 1989, TTO is announcing a major operating gift in support of its new mission, leadership structure, and creative direction. Brookline Performing Arts Supporter, Ms. Poss made the $1 million contribution, which will provide stability and strength as TTO begins to implement its new strategic plan, examine new programmatic directions, and explore options for a permanent space for the company.

“We are full of gratitude for this magnificent gift, which will accelerate our work and ultimately catalyze the artistic expression of Queer and Trans People of Color, who will benefit most from Ellen’s bold philanthropy,” said Harold Steward and Evelyn Francis, Interim Executive and Artistic Directors (and now Producing Co-Executive Directors of TTO), when announcing Ms. Poss’ support.

Francis has worked at TTO in several capacities since 2001 and brings significant experience executing programs to challenge the status quo and set new standards of excellence within the arts sector in Boston. Steward’s tenure at TTO began in 2017 when he moved to Boston from Dallas, Texas, where he served as Director of the South Dallas Cultural Center. Steward has led TTO’s strategic planning process.

As this new configuration of the company emerges, TTO is employing change management and organizational structures inspired by Black Queer feminist perspectives—particularly the work of Adrienne Marie Brown (author of Emergent Strategies and Pleasure Activism).

Brown’s work examines the human relationship to change, asking us to shape our futures as we imagine them while co-creating the world we aspire to live in. Moving forward, TTO will apply a distributed leadership model that supports Queer and Trans People of Color racial justice values, recognizing the centrality of People of Color, women, Trans, and Gender Non-Conforming people withing the organization.

Following a collaborative planning process involving TTO staff, board, artists, and community members, the organization has adopted a new mission, which is to present liberating art by, for, and about Queer and Trans People of Color that transcends artistic boundaries, celebrates cultural abundance, and dismantles oppression.

“From our conversations with stakeholders, staff, and board, it was clear that we needed a new mission and plan that centered racial justice in our efforts to combat homophobia. Racial justice has always been central to TTO’s work but was never expressly stated in its mission. We want to make it clear that eradicating racism is central to our fight to combat homophobia as well,” noted Steward.

According to Francis, “TTO’s last major strategic shift in 2010 drew on our rich history of community-based work and we began to focus all of our creative resources on building safer, thriving communities in four Boston neighborhoods—work that focused on supporting Queer and Trans People of Color. We now want to be explicit about this focus and support all Queer and Trans People of Color, regardless of the neighborhood. As the LGBTQ community has seen some advances in acceptance and rights won, we also have to acknowledge that these gains have not been as fully afforded to People of Color and Transgender people. As a result, we felt it was integral to our next phase to really prioritize and center around these artists and their stories in an effort to gain a fuller more inclusive liberation.”

TTO’s strategic plan is based on five core values:

Other elements of the TTO strategic plan include defining a new liberatory aesthetic centered around Queer and Trans People of Color; executing a feasibility study and facilities plan to explore space for its operations and for Queer theater in Boston, and finally, exploring TTO’s potential to organize the Queer and Transcultural movement nationally.

TTO was founded by Abe Rybeck in the 1980s as an underground movement of young Queer outsiders on street corners and in basements of Boston, demanding a place in the cultural dialogue. In the spring of 2019, when Rybeck formally announced he would relinquish his day-to-day duties, TTO launched a love-filled transition, honoring Rybeck at its annual fundraiser, ClimACTS! DYNASTY. Rybeck will continue to collaborate with TTO as an organizational consultant.