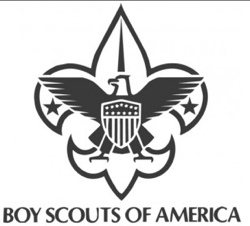 By: D’Anne Witkowski*/Special for TRT —

Look, I’m no Boy Scout and I never have been. Like, literally. I’m not a boy, for one. I’m also an “avowed homosexual,” which means the Boy Scouts don’t like me as a matter of official policy.

Now, this has not had a huge impact on me personally. As I said, I’m not a boy and never have been. My younger brother was in Boy Scouts (Cub Scouts, actually. I don’t know if he made it to Boy Scouts or not. Sorry, bro), but he’s not gay so that wasn’t an issue that ever came up.

But now I have a son of my own and I worry that one day he’ll want to be in the Boy Scouts and I’ll have to find a very tactful way of saying, “Hell no, Buddy. Boy Scouts hate your moms.”

Granted, I could vow to change the organization from the inside, Log Cabin Republican style. In fact, I had a conversation with a woman who, when I voiced my fear that my son would one day want to be a Boy Scout, advocated this very thing. She said that’s what she would do in my situation because she was kind of a rebel. She is also Jewish and, though I didn’t say this at the time, I doubt that she would be signing her kids up for a group that included blatant anti-Semitism in their official polices. I mean, there has to be a point where you say, “You know what? No. I will not be supporting a group that denigrates my family and practices shameless discrimination. Fuck them to the max.”

According to SFGate.com, the “Boy Scouts of America’s ban on membership for gays [was] officially recognized in 1991, upheld by the U.S. Supreme Court in 2002 and strongly reiterated by the organization in a July ruling.” In other words, this is a firmly entrenched policy that isn’t going to just magically go away.

While my potential conflict is hypothetical at this point, this anti-gay policy does detrimentally impact actual kids for whom being in this organization means an awful lot. Kids who do all of the work and have been “trustworthy, loyal, helpful, friendly, courteous, kind, obedient, cheerful, thrifty, brave, clean, and reverent” in accordance with the Scout Law, and yet have it all come crashing down at the end of their Scouting career just because they’re gay.

That’s what happened to Ryan Andresen, an 18-year-old in California who was supposed to receive the organization’s prized Eagle Scout award, but didn’t. Because Andresen is gay. Not because he didn’t fulfill the requirements. Not because he wasn’t “helpful” or “friendly” or “brave” enough. But because he likes guys.

According to the Huffington post, Andresen’s own local scoutmaster, someone who apparently knew he was gay, was the first to block the Scout Master status. An appeal board looked at Andresen’s case and unanimously agreed that the kid should get the award.

“The Board reviewed all of Ryan’s scouting history, his advancement records, his Eagle project and his spiritual beliefs, and we are convinced that Ryan has more than demonstrated that he deserves the award,” district advancement chairwoman Bonnie Hazarabedian said in a statement.

But when that appeal was submitted, Boy Scouts of America said, “Take a hike, homo.”

Andresen is not the first kid the Scouts have hurt, and he won’t be the last. While the Boy Scouts claim their mission is to prepare young people to make ethical and moral choices over their lifetimes, what we’re really talking about is an organization that discriminates against gay kids. Let’s not forget that.