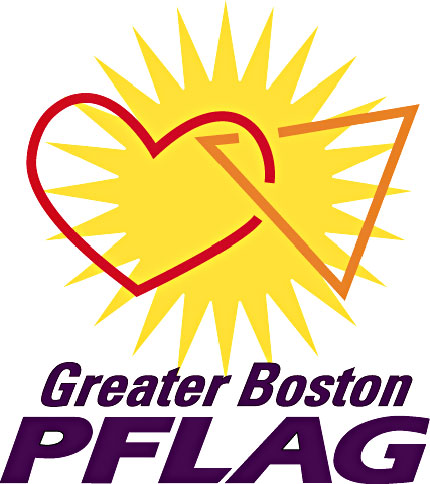 BOSTON, Mass.—Greater Boston PFLAG (Parents, Families and Friends of Lesbian, Gay, Bisexual and Transgender people) recently announced the receipt of a generous grant from The E. Rhodes and Leona B. Carpenter Foundation.  In recognition of Greater Boston PFLAG’s ongoing commitment to education and creating awareness of LGBTQ issues in families, schools, communities and businesses, the grant will support the non-profit’s ‘Safe Schools and Communities’ programs and will help fund the innovative ‘Trainers Training’ program.

In a recently released “2013 National Youth Risk Behavior Study,” statistics showed that an alarming 24.4% of lesbian, gay and bisexual (LGB) high school students in Massachusetts have attempted suicide- a rate 5 times higher than their straight peers.  In addition, nearly 40% of LGBTQ students in this state reported being bullied in high school in the past year.  The Trevor Project recently found that nearly half of young transgender people have seriously thought about taking their lives, with one quarter having made a suicide attempt.

“There is no excuse for the fact that today there are still LGBTQ individuals who feel unwelcome in their homes, schools, and communities; who fear for their personal safety; and who experience shame in regards to their identity,” said Bourdon.  “Greater Boston PFLAG exists to help improve the experiences of LGBTQ people by educating and supporting their family members, friends, and fellow community members, because everyone deserves to live in a world that is safe, supportive, and inclusive. The ‘Safe Schools and Communities Program’ and the Carpenter Foundation funded ‘Trainers Training’ both support precisely that goal.”

According to Bourdon, Greater Boston PFLAG has participated in over 250 presentations in the past year, an increase of 23% from

the previous year, and the number of support groups throughout the state has grown from 13 to 16 groups.  “Greater Boston PFLAG would like to extend our extreme gratitude to the E. Rhodes and Leona B. Carpenter Foundation for providing us with the resources to expand our reach in the community. As a result of their support, significantly more people of all ages and cultures will have greater access to programs that have a major impact on the lives of LGBTQ individuals and their allies.”

Greater Boston PFLAG (Parents, Families and Friends of Lesbian, Gay, Bisexual and Transgender people) offers help for LGBTQ persons and their families through support, education and advocacy.  For over 21 years, Greater Boston PFLAG has provided award-winning, highly effective bullying and violence prevention services.  Each year, Greater Boston PFLAG delivers over 200 educational programs statewide, reaching over 15,000 people in middle and high schools, religious organizations, colleges, corporations, and at conferences for healthcare, counseling, and prevention specialists.  Greater Boston PFLAG helps change attitudes and creates an environment of understanding so that LGBTQ family members and friends can live in a world that is safe and inclusive.

Josh Kraft Works for Access to All, Including LGBTQ Youth