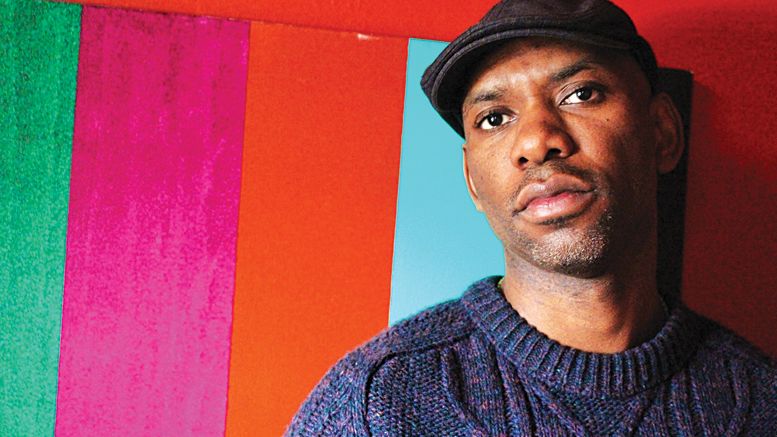 The political climate challenges our ability to keep making gains in ending the HIV/AIDS epidemic, even as we’re beginning to see some new possibilities for success

I can safely say this was a year for the record books, and in some ways that we’d never expected. Given the Trump Administration and the Paul Ryan (R-WI) / Mitch McConnell (R-KY)-led House and Senate, we were in danger of losing so much ground by the efforts to repeal the Affordable Care Act. The President’s budget called for major cuts in domestic and global HIV spending. Work to end mass imprisonment and the war on drugs was set back by the appointment of Jeff Sessions as Attorney General, who vowed to ramp up the full prosecution of people under criminal drug laws, no matter how minor. The threats to immigrants in the United States have created an even more hostile environment, particularly for people of color, and the list can go on and on.

But the HIV community fought.

Not only did the community fight, we won several key battles. HIV/AIDS organizers Jennifer Flynn, Jaron Benjamin and Paul Davis created a national, grassroots strategy of civil disobedience that mobilized thousands of people to demonstrate against the rollback of the ACA. And their strategy – which many believe was the deciding factor in pushing back round after round of terrible bills – helped do what many of us always say we want to do: move HIV out of its silo and connect it to larger movements for social justice. Positive Women’s Network, under the leadership of Naina Khanna, created toolkits and mobilized call-in days for people living with HIV around the country to become local leaders in the fight. In conjunction with the grassroots mobilizing, The Federal AIDS Policy Partnership worked tirelessly on The Hill to advocate against the regressive bills that would have left millions without health coverage.

It’s no exaggeration to say that if it were not for the HIV community stepping up with those waves of civil disobedience, reproductive rights/justice, disability justice organizations and the entire country could have lost all of the unnamed benefits and protections that the Affordable Care Act put in place.

Not Just Defense: Progress in the Pre-Trump HIV Agenda

Not all the work that happened was fighting against losses. Many people in the community continued to pursue the fights that were important before this Administration and Congress took seat in office. Advocates in several states introduced legislation to end or severely reduce the use of HIV criminalization laws. We were most successful in California and Colorado, where we won clear victories. Advocates across the country continued to support Michael Johnson in Missouri; though he remains in prison, he did win an appeal which led to a reduced conviction of 10 years, and an admission by the prosecutor that the law (one of the most severe in the nation) should be repealed. Missouri advocates are currently working to build off the momentum to develop a new bill to repeal this law.

Other activists continued to join the national movement to develop local, county and state “ending the epidemic” or “getting to zero” plans. The ACT NOW: END AIDS coalition led a fiery plenary session at this year’s USCA conference, showing the collaborative leadership of activists, providers and health department leadership. Treatment Action Group and Southern AIDS Coalition partnered to support key jurisdictions in the South to develop End the Epidemic plans; Nashville, Alabama and Louisiana have held meetings to begin working on those in 2018. And in New York state, the first to launch a plan, there’s evidence that the strategy working: they recently reported drops in new HIV diagnoses – even among Black and Latino gay and bisexual men, where very few jurisdictions have seen any success. Unfortunately, rates of HIV remain extremely high among Black gay/bisexual men nationwide, and HIV rates for Latinx gay/bisexual men and transgender women continue to climb, for reasons we have yet to find. Resources for transgender women and men facing HIV remain low.

One of the most significant game-changers in HIV happened this year when CDC announced it was adopting the science that shows people who are undetectable are also untransmittable. This change happened _not_ just because of the incontrovertible science on this issue. The Prevention Access Campaign, which launched the U=U movement, organized for more organizations and health departments to sign on to this statement, and continued to advocate for CDC leadership to do the same.

So while there were some major successes in the field over 2017, we still have some major issues developing in 2018 to which we will be paying close attention.

In addition to the outright attacks on the ACA, the tax reform bill (the final version of which is being voted on the week this article was written) threatens to upend the individual mandate upon which the ACA depends. This would mean that individuals could choose not to purchase insurance, removing the incentive for insurers to offer plans on the ACA marketplace to begin with. This would leave fewer options in plans for people living with HIV, and make the existing plans largely unaffordable. And people with HIV living in states that did not expand Medicaid have even fewer options for coverage.

Other issues brewing for 2018 abound, with many direct threats to existing HIV research, prevention and care. Recent news reports have suggested Congress is considering moving resources from the Ryan White HIV/AIDS Program into opioid addiction treatment and services. Indeed, Evidence-based harm reduction models and drug treatment are critical to a comprehensive strategy to prevent HIV. But there are debates about whether the focus on creating more infrastructure on opioid use in rural and white America would come at the detriment of resources for urban and Black and Latinx communities – including resources for HIV care.

While federal spending on research through the NIH is often touted as one of the few areas of bipartisan support in Congress, HIV research funding has specifically been questioned by Republican members of Congress and may not be receiving overall increases to the NIH budget that have been appropriated in recent years. And while AIDS research funding itself remains in question, the NIH has begun its process of restructuring and setting priorities for its global AIDS research networks, which will affect the HIV research portfolio through 2027.

We have a lot of things happening at once that may challenge our ability to keep making gains in ending the epidemic, even as we’re beginning to see some new possibilities for success.

We end the year with news that we may be going back to explicit or implicit gag orders on word usage, Bush-era style, including words central in HIV like “transgender” and “evidence-based.” The Federal Communications Commission voted to end net neutrality, which means even public health news sources like TheBody.com could be blocked by internet providers because they don’t like the content that provides news and information about sexual health for people and communities living with HIV.

But the reason I’ve remained in HIV so long is not just because I’m a Black gay man. It’s not just because, despite being HIV negative, it remains a primary issue that impacts me and my community.

I have continued to do this work because I have found community in some of the bravest, smartest, strategic people I’ve ever known, despite being among those who are the most socially maligned. The HIV community knows how to show up, despite our many differences, when we need to save people’s lives.

We remain committed to facts, to evidence, and to sharing information as resources to help people feel less alone, less afraid.

In the HIV media, we will continue to provide the news, the analysis and the opinions of the community. We don’t have a choice – lives are at stake now. But for us, they have been for a long time.

Kenyon Farrow is the senior editor of TheBody.com and TheBodyPRO.com.

Follow Kenyon on Twitter: @kenyonfarrow. This column is a project of Plus, Positively Aware, POZ, TheBody.com and Q Syndicate, the LGBT wire service. Visit their websites – http://hivplusmag.com, http://positivelyaware.com, http://poz.com and http://thebody.com – for the latest updates on HIV/AIDS.