Initially, I started this column by writing the “Catholic Church had again engaged in spiritual and emotional abuse last month” by calling same-sex unions a “sin (https://bit.ly/32saleZ).” I also wrote the church was being abusive by calling intimacy between two adults of the same gender “intrinsically disordered.”

On reflection, why care? Each person possesses the Divine within and is empowered to be true to their Creation as the Creator intended. You don’t need a go-between to pray to experience holy or transcendental.

The history of the Catholic Church isn’t without controversy. Pick a period in history. Its moral authority is not unblemished. Recipients of its political and spiritual wrath have been many. Those on the receiving end have been justified in responding with outrage and indignation over the centuries. Witch hunts, the Spanish Inquisition, and economic exploitation from selling indulgences to encouraging wars to help amass wealth and influence are a well-established part of its history.

The church played a role in slavery, colonialism, the marginalization of women, and disavowing science. Astronomers discovered the sun didn’t revolve around the earth. This garnered the label of heresy and imprisonment. Historically and institutionally the church often has been contradictory forgetting that the foundational elements of the faith are love, respect, dignity, empathy, justice, and compassion.

These observations are raised while being sensitive to LGBTQ-Catholics or former Catholics who still have an affection for this church. One can still love a parent or sibling even though he or she is misguided and hurtful at times. Changing a person (or institution) with love and patience isn’t impossible, though you may need to do it at arm’s length. 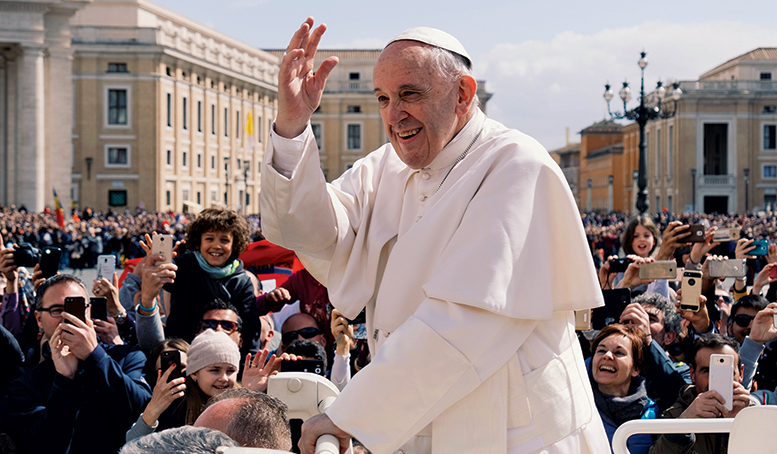 In the past, Pope Francis has supported civil unions and said God loves LGBTQ children as they are. He attempted to make a distinction between the secular and religious worlds. Although the pope may support the secular legality of civil unions, it’s worth noting several Christian denominations celebrate the sacrament of marriage for same-sex couples.

Although the latest Vatican statement about human sexuality is not new and no less disappointing and hurtful to some, the statement again raises a larger question of seeking approval or affirmation from an institution long been unsupportive and confused on the issue.

Similarly, folks will seek the approval of a parent or parents who are hurtful. There is a difference between duty to aging or elderly parents and seeking emotional approval for living one’s truth.

A spiritual institution can be just as uninformed as parents or siblings who marginalize or put you down. Sometimes both must be kept at a distance. In doing so, you realize belief in a higher power doesn’t rest in one religion or denomination, nor does the idea of acceptance or unconditional love always come from blood family. Many reading this column know full well some of the best, truest families are those we make with special friends and life partners.

Ultimately, it’s not what the Vatican does, but whether approval and affirmation should be sought from an institution (or person) incapable of providing it at the time due to ignorance and insecurities.

All religions and many denominations within them have spiritual beauty and offer many wonderful gifts to help us experience the holy. They’re also managed by broken men and women which by itself creates limitations on the religion or denomination. Even in the best case, a religion or denomination is still a limitation imposed on God, Infinite Holiness, Supreme Being, Eternal Light, or however one wishes to call the Divine Unknowing.

Sometimes we create our own guilt or frustrations by putting too much emphasis on what others may think. In our own right, we are a divine source because we are taken or Created from a Holy Giver of Life. We don’t need someone else’s permission. Let’s look within for stillness to experience something holy.

*Paul is a spiritual director and lawyer in greater Albany, NY. He’s the author of “Lost Sense of Self & the Ethics Crisis.” He may be reached at Dilovod@aol.com.