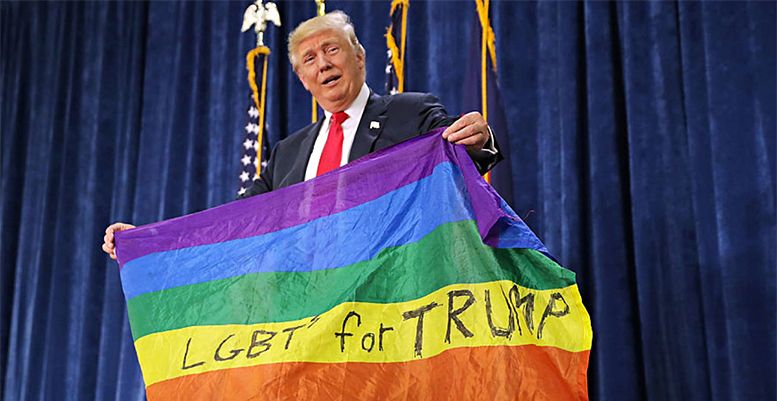 BOSTON, Mass.―Today, The Fenway Institute of Fenway Health released a policy brief demonstrating that in his first year in office, President Donald Trump has compiled a strikingly anti-LGBT record. From judicial appointments to support for anti-LGBT religious refusal regulations to a lack of leadership on LGBT- and HIV-related issues, Trump has broken his campaign promise to support the LGBT community.

“In 2016 Donald Trump said, ‘As your president, I will do everything in my power to protect our LGBTQ citizens,’ but since taking office he has done the exact opposite,” said Sean Cahill, PhD, Director of Health Policy Research at The Fenway Institute. “Changes in regulations and guidance overseeing health and human services, and the appointment of judges who are hostile to LGBT people, have made LGBT people much more vulnerable to discrimination in health care, social services, employment, and access to government services.”

Examples of first-year actions taken by the Trump Administration that undermine the health and well-being of LGBT people include:

“Any one of these acts alone would be a significant step backwards,” Cahill added. “Taken together, they threaten the health and well-being of LGBT people, particular youth, elders, those also living with HIV, low-income individuals, Black and Latino people, and undocumented immigrants.”

The policy brief, One year in, Trump Administration amasses striking anti-LGBT record, can be read here.