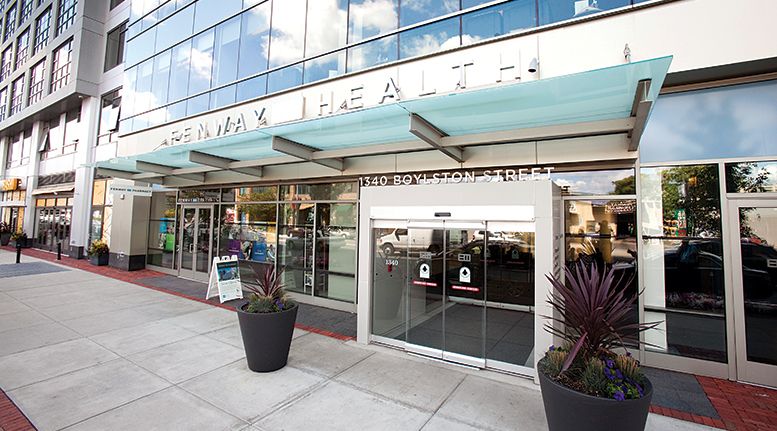 For 46 years, Fenway Health (FH) has served as a landmark healthcare resource for LGBTQ people in Greater Boston. However, in mid-December, the health center took a significant hit to its reputation in the wake of a Boston Globe article detailing a years-long pattern of cover-ups related to bullying, mismanagement, and sexual harassment within the facility.

According to the article, at least three male employees made allegations of sexual misconduct against former Fenway physician Dr. Harvey J. Mackadon, the first documented accusation dating back to 2013. Reportedly, former Fenway CEO Stephen Boswell was aware of the allegations and also of Mackadon’s purported reputation for bullying, but chose not to terminate Mackdon’s employment, going so far as to ignore legal advice from the center’s attorneys and paying a former employee a $75,000 settlement. In March, Mackadon was forced to resign and, in the wake of the Boston Globe article, both Boswell and Fenway board chair Robert Hale stepped down from their posts.

“You deserve an exemplary workplace environment at Fenway Health and The Fenway Institute,” reads a portion of an open letter from the board of directors to clients, donors, and employees in the wake of Boswell’s resignation. “We want our employees to always feel valued and heard. To help achieve that, we will be holding staff listening sessions to understand your concerns and your challenges. We need to hear your perspectives and pledge to use them to inform our thinking going forward.”

Jane Powers, the interim chief executive officer, conducted listening sessions with staff, starting shortly after she was appointed. Powers formerly served as the director of behavioral health at the facility.

The board of directors will be conducting more listening sessions this month. Philip Finch, vice president of communications at Fenway Health, said the sessions are part of an effort to allow all parts of the organization to have a voice in the future of the center.

“We’ve been embarking on a series of listening tours by Jane, the CEO, and the board is going to be doing listening tours with staff and the community as well to really get a handle to make sure all voices are heard,” Finch said.

Tara Swartz, an employment attorney in Boston specializing in sexual harassment, discrimination and retaliation, wage violations, whistleblowing and contract disputes, said that the listening sessions are a good start.

“Listening sessions can be valuable, but only if employees feel comfortable coming forward and action is taken based on the feedback and concerns,” she said. “Given the allegations with respect to Fenway’s past, it will take real work on both sides for these sessions to be meaningful and effective.”

As of publication, no new policies have been developed, according to Finch.

“I don’t know that we have specific action items yet, I think we’ll work on those after we hear … from the Board,” Finch said. “There’s a real desire to work on making the organization different, and change it to help the organization address some of the issues that have been found, but I think it’s too early to think we have new policy out of this just yet.”

Finch said there is currently a search for an interim CEO that will take the place of Powers as soon as possible.

“We will have a new permanent CEO within the year, and that person will be charged with how they want to best structure the management of our organization. We’ve grown tremendously over the years, and the management should naturally change with that,” Finch said. “The new CEO will have a real opportunity [to] figure out the management structure we need for the next generation.”

Swartz said that one of the next steps the organization should take is creating a culture that allows for open dialogue around bullying and harassment concerns.

“Victims have not come forward in the past because they fear retribution—being called a liar, told he or she ‘asked for it,’ or retaliation for complaining and potentially losing their jobs,” she said. “The more victims are empowered to come forward when the abuse occurs, the more companies will be able and required to react in a manner that ceases the conduct.”

Swartz also said that Fenway will have to practice what it preaches.

“Best practices are those where the company does not have policies that are lip-service,” she said. “They [meaningfully] investigate, take action, and require respectful and professional workplaces.

“Companies are made up of people. There will always be bad actors, no matter how many wonderful people work at a company or how well-intentioned the company and its leaders are. It is how the company reacts to complaints and the steps it takes to ensure it does not happen again that matters.”

Board of Directors member Kendra Moore has served for five years and in her time, she said, Fenway has grown tremendously to an approximately $100 million organization.

Much of that growth has taken place within the last 10 years and, according to Moore, Fenway is a different type of organization from what it was back then.

The search for new leadership will have to take into account societal and cultural changes within the organization, along with needs for more transparency, Moore said. Moore is not on the search committee to find a new permanent CEO.

“I’d imagine the search committee is going to focus both on the traditional issues of running a business as well as the personality and the prior experience of a potential applicant to manage change and particularly cultural changes, and to expand the focus of activities to include greater diversity and inclusion,” she said.

Although not a complete part of the problem, Moore said the growth Fenway has undertaken in the recent past has created an organization that was long overdue for a reassessment of management structure.

Moore said the Board of Directors has been aware that restructuring was needed for some time.

“Every time you get to certain sizes, you need to reexamine your organizational structure,” Moore said. “That was something the board was already starting to work on.”

Finch said that the transformation Fenway will experience in response to recent events will include ensuring that the organization mirrors the community Fenway serves.

“I think one of the things we’ll see is a more diverse organization,” he said. “We’re going to want to mirror the board to our patient base. We need perhaps more transgender people on the board as well.”

Finch said that Fenway now serves approximately 4,000 transgender people, and heterosexual people are becoming a larger part of the population, as well as women.

Swartz agreed that a diversity in leadership can help move the organization forward.

“Diversity helps change culture by, among other things, providing varied perspectives,” she said. “If Fenway wants its internal culture to change, differing points of views, backgrounds, and experiences will be an important component of that change.”

Finch shared that as Fenway moves into the future, a stronger desire for transparency and accountability is something the organization must be responsive to.

“Organizations existed for many years without the need for transparency, because there weren’t these many outlets to voice opinions in a public forum like there are now,” Finch said.

The Rainbow Times interviewed a former Fenway employee who agreed that culture change is needed. Speaking on the condition of anonymity, the employee said that he often experienced senior management blaming their mistakes on staff while holding little accountability. The former employee said that there was an instance where he felt harassed by a supervisor and when he attempted to file a complaint, management agreed to terminate his employment and support any claim for unemployment benefits he made.

The former Fenway employee went on to list other ways the organization can do better.

“If a staff member comes [forward] and reports a sexual harassment claim, it should be investigated within 72 hours,” he continued. “If a person is found guilty of sexual harassment or bullying, they should be fired and if it pertains to a CEO, a protocol should be implemented on how that situation is reported and handled to avoid ‘favoritism’ or cover-ups.”

Swartz added that internal transparency when it comes to incidents of harassment or bullying are good first steps and that the board should be aware of major incidents and any settlements that may be offered to victims. However, according to Swartz, transparency between Fenway and the larger public could prove more challenging.

“There is always a balance between internal organizational operations and what is necessary for the public to know, and what a victim of sexual harassment—or other forms of workplace violations—wants the public to know,” she said. “In my experience, some clients want the opportunity to disclose what happened to the world. Others want privacy and anonymity at all costs. How do we balance these competing interests?”

A Time to Heal

Finch said the support Fenway has been receiving from donors and the community stems from the organization continuing its mission of serving LGBTQ people without fail.

“We’ve had a number of conversations with our donors,” he said. “We’ve sent them several communications, and some of our development officers are reaching out with specific people they work with. By and large, we’ve received overwhelming support from our donor base. I think donors are looking to us, and they’re willing to continue supporting us, but they want to see more transparency.”

Kaden Stearns is co-chair of the Young Leaders Council, a group of emerging LGBTQ leaders who engage in community events and philanthropy to benefit Fenway Health.

Stearns said how Fenway handles this transformation will determine whether the council continues to support the organization or not.

“We were informed by the development office right before the [Boston Globe] article was going to drop, and as a group that feels very passionate about this, and a number of us are survivors ourselves, it was important to mobilize and not be silent,” Stearns said. “To be honest, our continued support of Fenway is contingent on how they handle what is going on. Really speaking up and being strong about our stance is what we felt we had no option but to do.”

After the incident concerning Makadon, Stearns said the council wrote a letter detailing what they wanted to see moving forward.

“Our letter to the Board called for the use of a third party in hiring Fenway Health’s next wave of leadership and an external, comprehensive investigation to determine who else was responsible in protecting Dr. Makadon,” Stearns said. “We hope for greater transparency and accountability throughout the rebuilding process.”

Finch confirmed that Fenway will be hiring a third-party firm in the search for a new CEO. As part of an ongoing promise to work more transparently within the organization, Finch said a large part of the organization will be brought in to help find Fenway’s new leader.

“We’ll likely hire a search firm and make that search firm known to everyone,” Finch said.

One of the key components of making the process transparent is that a search committee, which Finch said will most likely include non-management staff, will make public the results of the organization’s search process, including a list of finalists.*

Finch says the search for a permanent CEO will take from six months to one year.

[This story was originally published in the January 4, 2018 issue of The Rainbow Times].

*Fenway Health clarified to The Rainbow Times that due to best practices related to CEO search processes, the center will not be able to release the names of finalists for the CEO position. However, they also stated that they would be, as transparent as possible regarding the CEO search process.