LGBTQ+ Rights And How To Continue The Fight For Our Freedoms

Over the course of several years, especially after the U.S. Supreme Court’s ruling in favor of marriage equality, this column has gently reminded readers and particularly activists not to be lulled into a false sense of security. Changing hearts and minds can be even more important than court or legislative victories.

The Supreme Court’s new super conservative majority coupled with the appointment of over 200 lower federal court conservative judges in the last four years stems, in part, from the false narrative religious liberty is under threat. Justices Clarence Thomas and Samuel Alito publicly suggested marriage equality should be overturned having been erroneously decided. Justice Brett Kavanaugh did not commit to recognizing marriage equality as settled law during his confirmation hearings. Justice Amy Coney Barrett is open to reviewing and overturning precedent.

Whether the Supreme Court will overturn marriage equality is too soon to tell. But one thing is clear, there is a subtle trend to curtail LGBTQ+ civil rights under the falsehood that such rights are undermining the religious faith of others.

A bake shop open to the public, for example, can now discriminate against who receives a wedding cake based on religious liberty. Could a Christian town clerk refuse to issue a marriage license to a man and woman who are Wiccan or Pagan? Where will it end? 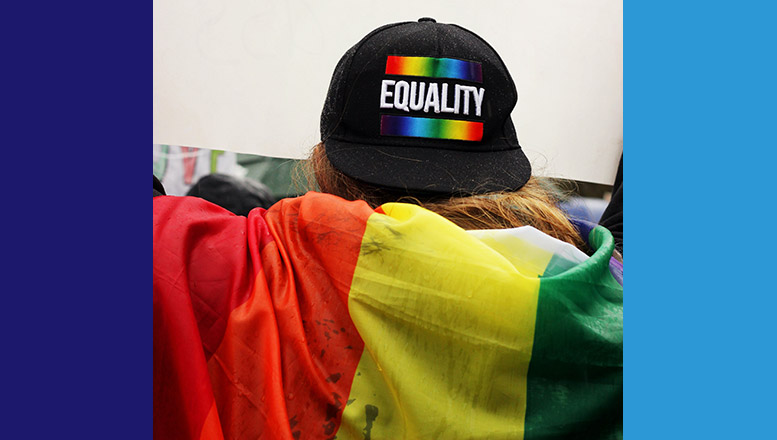 If people feel threatened or believe their way of life or values are undermined, they will fight harder to stop the change others see as fair and just. It’s human nature. Because of the near takeover of the courts, it becomes even more important for LGBTQ+ advocacy groups to better connect directly with social conservatives for ongoing dialogue as part of an overall strategy. Added to political advocacy and religious outreach is the education of mainstream America not to confuse religious oppression with religious liberty.

The last four years saw a near breakdown of civility and democratic, institutional norms—whether mandatory mask-wearing to the complacency toward a president who torched standards of fairness (once absurd conspiracy theories became believable). Misuse of government property—like campaign events at the White House or misusing taxpayer money for personal gain at family-owned hotels—was rationalized and overlooked by millions of voters.

Over 70,000,000 Americans—the vast majority of whom are good people—voted for the re-election of a president who trampled decency and weaponized government against political adversaries. And, don’t forget the party most favorable to LGBTQ+ rights lost seats in the U.S. House.

President Joe Biden is right. He must be the president of everyone. As President Biden must dialogue with those who voted against him, so too must the LGBTQ+ community better engage with those who confuse religious liberty with what will be religious oppression. If the last four years have taught us anything, especially during the pandemic, is that we mustn’t take anything for granted.

*Paul is a personal chaplain, seminary-trained, ordained priest, and lawyer in greater Albany, NY. He’s the author of “Lost Sense of Self & the Ethics Crisis.”