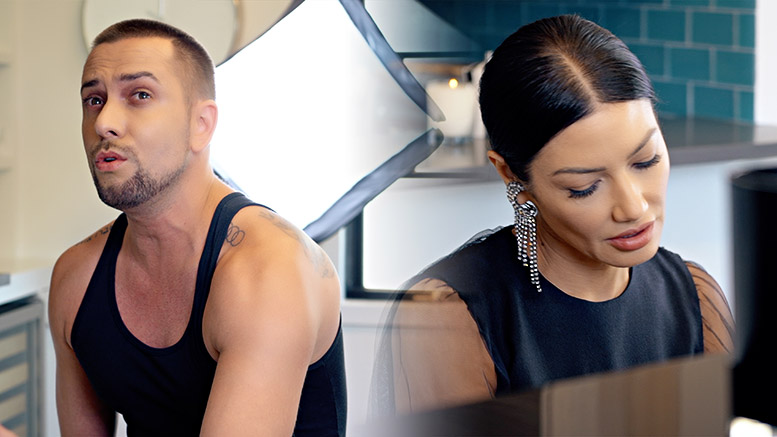 American Idol’s David Hernandez and Magnum PI’s Jacqueline Lord are uniting this Pride on a cover and music video of “True Colors.” Recorded and filmed by the duo during the COVID shutdown, the song is meant as a reminder that it’s more important than ever to remain true to yourself.

“We are living in trying times right now,” says David Hernandez from his Los Angeles home. “This song speaks to being your authentic self and showing the world that you don’t have to hide in the shadows.”

His friend, actress, and model Jacqueline Lord agrees. A noted musician, too, she worked from the Justin Timberlake/Anna Kendrick arrangement of “True Colors”, changing the guitar to piano so that she could speak through the keys.

“The song is a beautiful expression of camaraderie with one friend encouraging the other to find the courage and confidence to express their truth to the world,” she explained. “It delivers a positive message in this unprecedented time of negativity.”

David Hernandez and Jacqueline Lord’s Pride cover of “True Colors” is on YouTube is below.

“David and I had been wanting to record a song together but our schedules would never allow for it until COVID ground the world to a halt,” continues Jacqueline Lord from her Los Angeles home. The two went back and forth with song ideas, ultimately deciding on “True Colors” for its relatable message that carried a personal meaning for David.

“While competing on American Idol, I was ‘outed’ online by Perez Hilton and forced to confront my ‘True Colors’,” he said. “It was 2008, a very different time in LGBTQ equality and acceptance. I was young, impressionable and veterans of the music business were warning me that admitting that I was gay would destroy any chances of a music career.  Ultimately, I decided being honest was the only way to go and after the dust settled, I can attest that allowing my true colors to shine made me a better man and artist.”

“We both got really excited the minute Jaqueline started playing the piano and we began singing together,” David recalls. “It was our first time hearing each other harmonize and it was magic.”

They shot the music video in the reception area of the studio. “We moved the furniture out, relocated the piano, added lights, and let our inspiration take over,” said Jaqueline.

Filmed by Arno Diem and directed by David and Jacqueline along with Derek Caldera, the process was a logistical challenge and an experiment in socially distanced art. David and Jaqueline shot their scenes separately and were careful to remain six feet apart at all times. In fact, viewers will note that they are never seen in the same shot together. 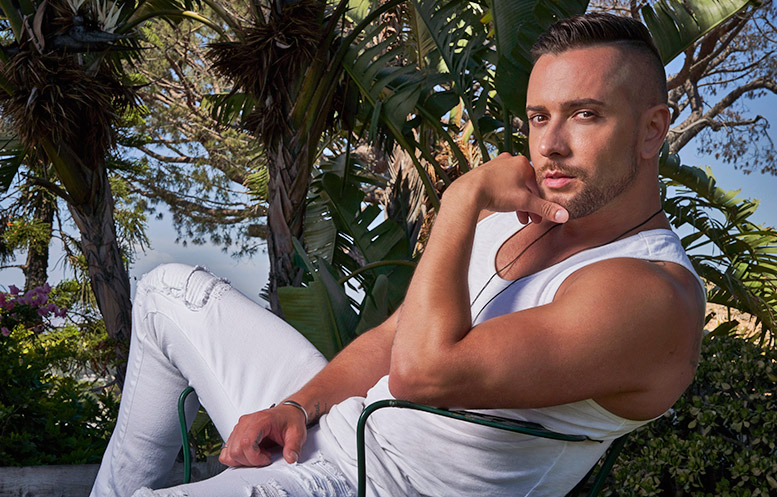 He has released two full-length albums including KINGDOM: THE MIXTAPE, an album that included twenty original tracks, many of which reflected on the love and loss he experienced since rising to fame on American Idol.

Jacqueline Lord got her first break at nineteen when she was discovered by modeling scouts in her small Midwestern town.  They urged her to move to New York to pursue a career with the IMG agency. Jacqueline soon appeared in campaigns for major brands such as Crest, AT&T, Royal Caribbean, and Priori Skincare.  She then jumped into acting, appearing on hit television shows like Hawaii Five-0, Two and a Half Men, and Magnum PI.  She has released several music singles including the popular dance single “Killer.” The Soulshaker remix of the song appeared on the commercial pop charts. 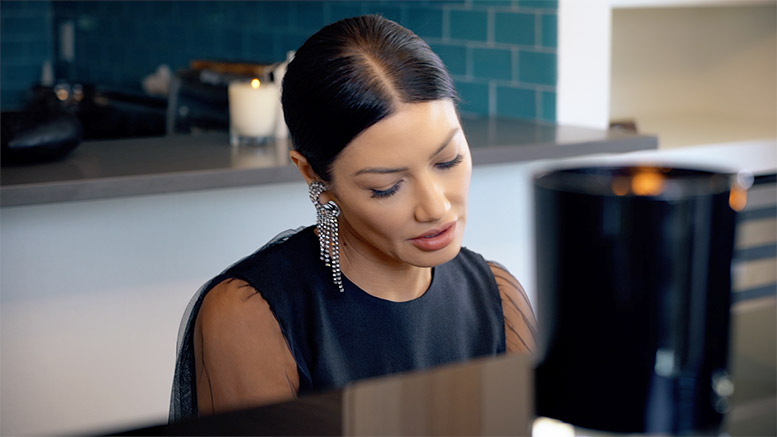 David’s message to fans this Pride is “Spread love and acceptance. You may not understand people’s life choices but you can respect them and support their decisions.”

“Pride starts with ourselves and then exudes from us to our community,” adds Jaqueline. “Take pride in your true colors.”

By: John Stein/Special to TRT—

Q: We knew David could sing but Jacqueline, wow, that voice! What led you to modeling and acting when you clearly have such musical talent?
Jacqueline Lord: I was studying music at the University of Illinois when I was identified by a talent scout as having modeling potential. It was a classical music program and not my passion so it didn’t take much to lure me away from Champaign, Illinois with dreams of pursuing a more glamorous life in Milan, New York, Miami and Los Angeles.

Q: True Colors is a wonderful Pride song, but it has even greater relevance this Pride year.
David Hernandez: I agree. I think now more than ever we need to support our black LGBTQ+ community. We know how it feels to be marginalized and discriminated against so we have the responsibility to stand up and be heard. We have also seen trans lives at risk and the murders are alarming. No one deserves this. There’s nothing wrong with being yourself and authentic to who you are. Nobody should be punished or killed for that.

Q: Have you faced racism or discrimination?
David Hernandez: Growing up biracial, it was very hard for me to fit in. I was never white enough or Mexican enough. My grandfather didn’t even want to meet me because of my ethnicity. And then you throw in the gay factor and it was even worse. I was bullied a lot. This world can be harsh and disappointing. It’s going to take a lot for us to change the systemic racism that is plaguing our country.

Q: What are your messages to fans this Pride?
Jaqueline Lord: Be yourself, always. And if you are living in an area where they are not accepting, keep the faith that there is light at the end of the tunnel.
David Hernandez: I always tell people if they have the ability, get the hell out of the situation that is hurting them. But if they can’t, hold on and know that things will get better. Be proud of who you are and know that you’re beautiful!