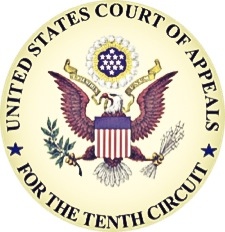 The Tenth Circuit U.S. Court of Appeals this week will become the second federal appeals court to tackle the question of whether statewide laws banning same-sex couples from marrying violate the U.S. Constitution.

By order of the court, there will be no audio or video recording, broadcasting, photography, blogging, tweeting, emailing or any other broadcast mechanism or wireless communication anywhere in the courthouse during oral arguments.

In that crowded courtroom, a three-judge panel will scrutinize the decision last December of U.S. District Court Judge Robert Shelby (an Obama appointee). Shelby ruled that the state constitution’s definition of marriage as being only between “a man and a woman” is not permissible under the U.S. Constitution. He said the law’s prohibition of same-sex couples marrying violates the due process and equal protection guarantees of the U.S. Constitution. He said the ban denies gay and lesbian citizens their “fundamental right to marry and, in doing so, demean[s] the dignity of these same-sex couples for no rational reason.”

While this case is the first to reach a federal appeals court since the Ninth Circuit heard Brown v. Perry in 2012, it is just one of almost a dozen that have reached the federal appeals level. They are spread across five circuits. The Utah Kitchen case is a pacesetter at the moment. And here’s a look at the players in Thursday’s hearing:

The judges: The three-judge panel tasked with hearing the appeal includes two Republican and one Democratic appointee.

Judge Paul Kelly (an appointee of President George H.W. Bush) is considered conservative. Judge Carlos Lucero (a Clinton appointee) is considered liberal. But both judges voted with the majority at the Tenth Circuit in the Hobby Lobby v. Sebelius case. They said the owners of the retail store were allowed, under the federal Religious Freedom Restoration Act and the First Amendment free exercise clause, to cite their religious beliefs in order to deny contraceptive services in their health plans under the Affordable Care Act.

Judge Jerome Holmes (a George W. Bush appointee) is the wild card. He was recused from the Hobby Lobby case. He was one of two judges in the Tenth Circuit to deny an emergency request from the state of Utah to stay a district court decision pending appeal. They said a stay was “not warranted.”

The attorneys: Attorneys for the two parties in the case—the state of Utah and the plaintiff couples—have 30 minutes each to present their arguments.

Peggy Tomsic, a lawyer at the private Salt Lake City firm of Magleby & Greenwood, will be presenting arguments for the plaintiff couples. According to the Salt Lake City Tribune, Tomsic asked her life partner Cindy Bateman to marry her shortly after Shelby issued his decision. She and her law firm partner Jim Magleby (straight and married) are known for taking on large, complicated cases. Most recently, they won a $134 million award against PacificCorp, one of the leading utility companies on the west coast.

Gene Schaerr, who was hired by the state attorney general’s in January specifically to lead Utah’s defense of the marriage ban, will argue for the state and Governor Gary Herbert. Schaerr resigned his partnership at a private law firm to become Special Assistant Attorney General for Utah. In a memo to his firm upon his departure, Schaerr said he was leaving to “fulfill what I have come to see as a religious and family duty: defending the constitutionality of traditional marriage in the state where my church is headquartered and where most of my family resides.” Schaerr has been a sometimes contributor to the Mormon magazine Meridian, including an article urging opposition to a marriage equality ballot measure in Maryland in 2012.

The plaintiffs: The three plaintiff couples are Derek Kitchen and Moudi Sbeity, who have not yet married; Laurie Wood and Kody Partridge, who married in Utah during the brief window of opportunity this year; and Kate Call and Karen Archer, who obtained a marriage certificate in Iowa.

The organizer behind the lawsuit is Mark Lawrence, director of Restore Our Humanity, a group established specifically to mount this lawsuit. According to a profile in the Salt Lake City Tribune, Lawrence, an information technology specialist who lives with his parents to care for his father who has Alzheimer’s, was inspired by the Proposition 8 lawsuit to tackle something similar here.

After Thursday’s hearing, the 10th Circuit has also scheduled oral arguments in another marriage equality case: Bishop v. Smith out of Oklahoma. That will be on April 17.

On May 12, the Fourth Circuit U.S. Court of Appeals will hear oral argument in Bostic v. Schaeffer, a case led by Ted Olson and David Boies for the American Foundation for Equal Rights and a team of attorneys against Virginia’s ban.

The Sixth Circuit has four marriage equality appeals pending before it, and one of those, Michigan, just asked the court to skip over the three-judge panel phase and go directly to a full “en banc” review. If the Sixth Circuit agreed, that could enable the Michigan case to reach the U.S. Supreme Court before Utah. But getting to the high court first does not guarantee the justices will choose that case to decide the issue at stake in all these cases: whether states can deny same-sex couples the right to marry.