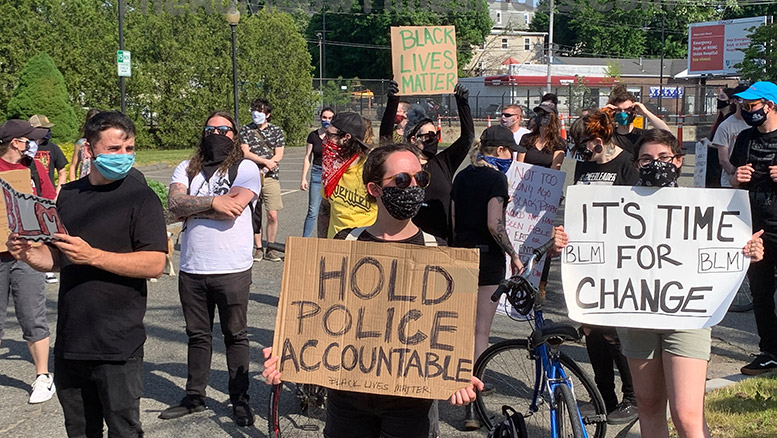 All Photos: The Rainbow Times/2020

In this Creep of the Week, during Pride month, Witkowski talks Black Lives Matter, Racism, Stonewall, Colin Kaepernick, and more

I’m writing this at the beginning of Pride month. Simultaneously, across the country, people are protesting and tensions are escalating over the issue of racism.

This is, of course, related to Pride. Many cite the Stonewall Riots in 1969 as the pivotal moment in the LGBTQ rights movement. You can only oppress people so much, abuse them for so long before they start to fight back.

We’ve had a problem with racism in the U.S. for over 400 years. Many police departments began as an effort to protect the system of slavery. The roots of this problem are deep.

I don’t condone violence. I don’t condone destruction. But I definitely think that police murdering a Black man is a much bigger deal than a police cruiser on fire, and if you don’t, well, you might be a racist.

There is so much hurt and anger in this country. And sadly we have no leader at the highest level of government. We have a white supremacist Twitter troll masquerading as the president. And he’s just making things worse. He’s urging state governments to respond violently. He’s promoting the idea of shooting looters. To say he is incapable of leading is true, but he also doesn’t want to. The more chaos he can create, the better his chances are of reelection. 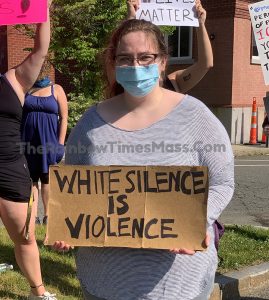 Trump and far too many in America don’t see racism as a problem, they see Black people and allies rising up against 400 years of oppression and violence and intimidation as the problem. Everything was fine so long as everybody pretended that everything was fine.

Remember when Colin Kaepernick dared to kneel next to the football field during the National Anthem in order to protest police brutality against Black people? That was a peaceful protest. And racists lost their minds. Trump called him a “son of a b!tch.” Mike Pence walked out of an NFL game because kneeling players upset him so.

And, of course, these same racists are losing their minds about the much less peaceful protests happening across the country.

Remember how the very phrase “Black Lives Matter” upset so many white people, even some who would swear up and down that they don’t have a racist bone in their bodies as if racism is something that lives inside of a skeleton rather than a perpetual vehicle of violence that is always active even when it is silent? “ALL lives matter,” they said. White people literally took a protest against Black people being murdered and made it about themselves. Many of these white people would likely say, “I don’t see race,” as if race is some kind of spectral aura rather than a defining characteristic in a country that devalues brown and black bodies. This isn’t Halloween. This is a 365-day, 24/7-haunted house that we ask Black people to walk through every day, multiple times a day. And, if they dare complain about it, then we crank up the fear factor. We give police departments with a history of violence against citizens military-grade weaponry and gear. We give them tanks. We say to then, “Go out and hurt the people who are pushing back against the hurt. Go hurt them more.”

And there is no correct way to protest this. The way the message is delivered isn’t the problem. It’s the refusal of those in power to hear that message, to keep ignoring Black voices, to spell out “La la la, I can’t hear you” with tear gas.

It is heartbreaking to see these protests happening right now because there is still a highly contagious and potentially deadly virus sweeping across the country. And yet we have, as a country, pushed people past the brink. You can’t see a virus. You can see a police officer kneel on a man’s neck until he dies. You can see white people protesting against public safety lockdowns with assault rifles, threatening to kill elected officials, and having the police do nothing. You can see the very real and everyday aggression of racism. 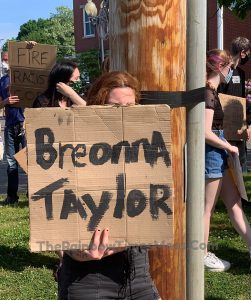 And so we have yet another crisis on top of yet another crisis and a president who doesn’t see either crisis as a problem. In fact, Trump no doubt is thrilled about the protests taking place because he gets to act like a tough guy and urge violence against “thugs” and hope that this is enough to distract the country from the fact that well over 100,000 people have died in a matter of a few months from COVID-19.

There were people who said they voted for Trump because they were tired of “the system” and wanted to burn everything down and start over. This was, of course, supposed to be a metaphorical burning. And yet, here we are.

It will take a lot of hard work, a lot of soul-searching, a lot of real change to actually address racism in America. As a country, we’ve risen to many challenges. But this one is sinking us deep.

[Originally published in the June, 2020 — Pride Issue — of The Rainbow Times.]