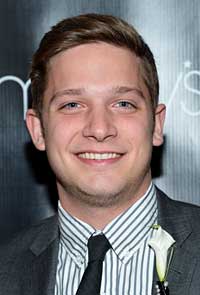 By: Dan Woog*/Special to TRT–

A team finds success only through teamwork. That’s as true off the playing field as on it.

Jay Hayes has earned plenty of success on the volleyball court. A former football, basketball and baseball player in the Chicago suburb of Naperville, he found his favorite sport in high school: volleyball. At New York University he was a three-year varsity captain. He set three school records – and he came out as gay.

That announcement followed several years of soul-searching. At his small Catholic high school, being out and an athlete did not seem “attainable,” Hayes says. NYU would be different, he thought. “There, it’s almost expected you’ll be gay,” he laughs.

But even at NYU, not in sports. The “typical conversations” in locker rooms and on bus rides made coming out as a varsity athlete seem daunting. “People who play sports are a little different,” he notes. “I don’t know how it’s possible, but a lot of guys on my team weren’t friends with gay people.”

Hayes came out to his teammates and coaches at the end of sophomore season. He was immediately embraced – and that helped him embrace a new cause.

“I didn’t know any other gay athletes,” he recalls. “I thought being out was rare. Over time, I realized it wasn’t. But there needed to be a place where we could share our stories and resources.”

He found a group called simply “Our Group.” It was formed in January of 2008 by seven LGBT athletes to discuss the special issues and challenges they faced.

With help from ex-NBA player John Amaechi , former University of Massachusetts coach and professor Pat Griffin, sports photographer Jeff Sheng and media activist Ted Rybka, they set out to find others like themselves. They soon changed their name to GO! Athletes – and quickly became a force for what they call “High Five Objectives” in the LGBT sports world: visibility, education, support, advocacy and leadership.

“It’s an amazing network,” Hayes says. “It’s the first national way in which LGBT student-athletes can be out, and change or enhance the culture of athletic departments.”

Jenelle DeVits played Division I basketball at the University of New Hampshire. Brian Goldthorpe swam at Denison University and was one of the most decorated athletes in school history. Swimmer Sean Smith won multiple Big East titles for Rutgers University. George Washington University’s Kye Allums was the first person to openly compete as transgender on a Division I women’s basketball team. Becca Lundquist won an NCAA rowing championship at the University of California-Berkeley. Other members of the network have earned other honors, in other sports.[pullquote]The GO! Athletes team looks like a bunch of gay all-stars.[/pullquote]

The GO! Athletes network organizes monthly conference calls. Members talk about what’s happening at their schools, ask questions, share advice and offer support on effective strategies. After each call, they organize events to spread the word that “gay athlete” is no longer an oxymoron.

GO! Athletes has helped jump-start the growth of gay-straight student-athlete groups on colleges across the country. The network’s advice – covering everything from how to get coaches and administrators on board, to “have food at every event” – has been integral to this growing collegiate movement.

The network has also helped organize – and provided speakers for – panels and discussion groups on college campuses.

Hayes acknowledges that GO! Athletes has been very “East and West Coast-oriented.” Members also come from the top tier of colleges. “We’re trying to expand to the rest of the country, and to other schools,” he says. “Right now, we’re being led by out athletes who are willing to bring our network to their colleges. There are gay athletes at every school, but they’re not all open. As we grow, we’d like to go to other campuses and help athletes be out.”

GO! Athletes have spoken at high school events, but no high school student-athlete has yet joined the network. “They have less freedom than college athletes,” Hayes acknowledges.

But as long as GO! Athletes gets its message out – with videos, on its website, through social media – Hayes is happy. And a lot happier than he was in the years before he knew he could be both gay and a college varsity volleyball star.