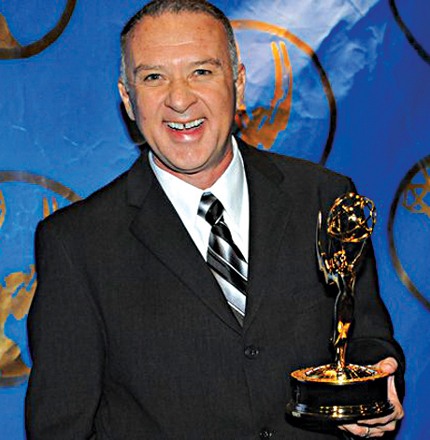 Fiestaware does not only represent solid-bright colored vintage dinnerware loved many depression-era women. It can also serve as the centerpiece to exploit cultural, political and familial challenges as in Steven Tomlinson production, American Fiesta. Tomlinson’s play, a semi-autobiographical rendition performed by John McGivern, portrays the many difficulties surfacing around his Irish-Catholic childhood, being gay and his parent’s opposition to his same-sex marriage. Now, that gives a whole new meaning to pottery.

As Steven travels around the country in an obsessive quest to find the perfect piece of vintage Fiestaware to help him cope with his tribulations, he learns that perfection lies in the eye of the beholder. The audience is an active part of the show to help create the synergy needed for McGivern’s transformation into nearly 20 different characters throughout. The one-man show is set to take place on October 25 – 27 at City Stage in Springfield Mass.

The Rainbow Times caught up with McGivern to discuss his upcoming performance and its relevance to the gay community.

TRT: You have several highly acclaimed one-man shows. Is that your preferred style of performance? Why?

Q. In American Fiesta, you morph into about 20 different characters throughout the show. How do you perfect that kind of art?

A. Carefully and with the help of a really clear minded, focused director. Jenny Wanasek was instrumental in helping me find the voice and the mannerisms of the 17 people featured in this play.

Q. Do you have an affinity for Fiesta Ware like Steven, your character in American Fiesta?

A. When I started rehearsals, I knew of Fiestaware but didn’t have an interest in collecting. That has changed. Now, every piece used in the show is mine. I’ve been collecting and have enjoyed the quest, the search for the pieces that make up my collection.

Q. Much of your work is grounded in family issues. Why do you think those types of issues are important to exploit?

A. I used to think that my experience was so specific … to my life … to the time I grew up … to the place I grew up … to the Irish Catholic family I grew up in. I tell my stories and have had the fortune to hear from people all over the country who’ve told me that my stories are their stories, my family was so much like their family, our struggles and concerns and joys and traditions were theirs as well–Universal themes, things that make us more alike than different. This is why family is the base for my work.

Q. Speaking of family issues, that also happens to be a topic discussed on the campaign trail this year, regardless of which side of the fence you are on. Grant it, “family issues” for one side can be termed differently for the other. How do you think this election will shape the future of “family issues”?

A. There will always be a divide. I am a 57 year-old gay man who has been with the same partner for 10 years. Steve and I are a family. My vote may change law but opinion is changed through knowledge. Those who know Steve and I can’t deny that we are a family.

Q. What has been the highlight of your career to date?

A. I did a PBS Special, The Early Stories of John McGivern, that played in 18 markets across the country. I was nominated and subsequently won an Emmy Award for this work. [Currently], I am in the middle of shooting a 14 episode, 2nd season of a PBS Series called Around the Corner with John McGivern, which plays on every PBS Station in the state of Wisconsin. It is a show that celebrates community. I am very proud of this show.

A. My mom told me early in my career that I should write and perform my own work. Thanks Mom. The Worst [was while] living and struggling in Los Angeles, my agents told me that moving back to Milwaukee would be the worst move for my career. God they were so wrong.

Join McGivern on October 25-27 at City Stage located at One Columbus Center, Springfield, Mass. To purchase tickets or to learn more about the show, visit http://tinyurl.com/8esfpsf.