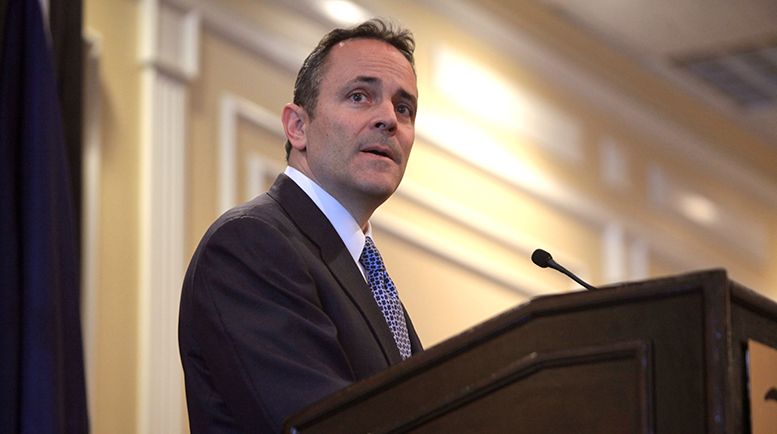 Kentucky Governor Matt Bevin recently signed a bill that empowers high schools and public universities to discriminate against and prevent LGBTQ students from their organizations based on religious grounds, according to The Washington Blade.

The Human Rights Campaign called out Gov. Bevin for signing SB 17 into law, a measure that allows student groups at colleges, universities, and high schools to discriminate against LGBTQ students.

“Governor Bevin’s shameful decision to sign this discriminatory bill into law jeopardizes non-discrimination policies at public high schools, colleges, and universities,” said HRC Legal Director Sarah Warbelow. “No student should fear being excluded from a school club or participating in a school activity because they are LGBTQ. While of course private groups should have the freedom to express religious viewpoints, they should not be able to unfairly discriminate with taxpayer funds.”

SB 17 undermines inclusive “all comers” policies at public colleges, universities, and now high schools, by allowing student organizations to discriminate against students under the guise of religion. Many public colleges and universities have long had “all-comers” policies that require student organizations receiving financial and other support from the institution not to discriminate against students based on race, sex, religion, sexual orientation or gender identity. These policies are important because they allow all members of the student body to participate in students groups and prevent such groups from discriminating against students with state funding. The Supreme Court upheld these all-comers policies as constitutional in the Christian Legal Society v. Martinez decision in 2010.

The attack on fairness and equality in Kentucky is part of an onslaught of bills being pushed in 2017 by anti-equality activists around the country. HRC is currently tracking more than 100 anti-LGBTQ legislative proposals in 30 states. For more information, visit http://hrc.im/2017legislature.

According to the Advocate, a similar law is in place in Kansas, and such legislation is under consideration in some other states.

College: Dangers In Returning To Campus This Fall