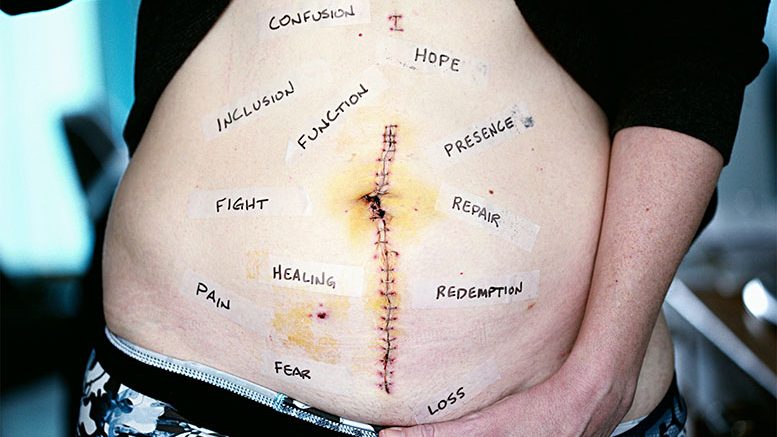 For the 12th consecutive year, hospitals and healthcare facilities that participated in the report were scored on how many LGBTQ-inclusive policies and practices they have established relating to the equity and inclusion of their LGBTQ patients, visitors and employees.

“The first criteria consist of the foundational elements of LGBTQ patient-centered care,” the report read. “The three remaining criteria are Patient Services and Support, Employee Benefits and Policies, and Patient and Community Engagement. In addition, this year participants had to demonstrate that they offered transgender-inclusive healthcare benefits to their employees to receive a score of 100 points and earn HRC’s coveted ‘Leader in LGBTQ Healthcare Equality’ designation.”

In Massachusetts, only three healthcare facilities outside of Boston received the designation as a Leader in LGBTQ Healthcare Equality—Cooley Dickinson Hospital out of Northampton, the Edward M. Kennedy Community Health Center in Worcester and Health Quarters based in Beverly.

“I am deeply troubled that liberal Massachusetts does not have more hospitals and medical practices listed in the report as an ‘LGBTQ Healthcare Equality Leader,’” said Worcester resident Paul Stephano. “It raises many red flags for my husband and me and frankly, it does not make me feel comfortable seeking medical care in the way that others often take for granted. It’s unacceptable and gives me pause as I reflect on my own experiences in Massachusetts with how I’ve been treated at certain health care institutions. Very discouraging.”

Overall, the report recognizes a record number of high achieving facilities with exemplary LGBTQ inclusion. However, New England states, especially those that are not a part of a major metropolis lag behind others when compared side by side. In Massachusetts, 8 of 11 healthcare leaders are located in Boston, making access to competent LGBTQ healthcare absent in much of the rest of the commonwealth.

“While we’re generally progressive in Mass., and committed to health equity, we’ve got to show it,” said Gabrielle Ross, Executive Director of Health Quarters in Beverly. “We encourage hospitals and facilities outside of Boston to demonstrate their commitment to equity and the inclusion of their LGBTQ patients, visitors and employees by benchmarking themselves against the HEI tool. We encourage payers to make some of the tool’s benchmarks mandatory quality measures and link these to higher insurance reimbursement.”

“Our mission is to provide sexual and reproductive health care without judgment and without barriers,” she said. “We hold ourselves accountable to five core values, and the first is to be inclusive. As one of our staff describes it, ‘We treat everyone who walks through our doors with dignity and respect, and that unquestionably includes our LGBTQ patients.’”

In western Mass., Cooley Dickinson was the only hospital and one of only 7 hospitals in the Commonwealth to earn the designation as a Leader in LGBTQ Healthcare. According to a release by the hospital, over the last five years, it has focused on improving care for the LGBTQ community as a top priority, which is also a part of the hospital’s broader efforts related to diversity, inclusion, and health equity.

“This designation affirms Cooley Dickinson’s commitment to providing equitable, inclusive and affirming care for LGBTQ patients and their families,” said Cooley Dickinson Health Care President and Chief Executive Officer Joanne Marqusee. “We are proud to receive—for the third consecutive year—this honor and to continue our efforts to ensure that our local LGBTQ community has access to respectful, appropriate care.”

Meanwhile, on the Massachusetts North Shore, a trans man shares his account of what he calls the “worst healthcare experience of his life.”

“I had a terrifying experience, not by the alleged fact that I was having a heart attack, but by the way I was treated at a Massachusetts North Shore area hospital last year,” said Patrick, who requested anonymity for this interview. “The constant ‘misgendering’ and ‘deadnaming’ me—even though no one ever ‘misgenders’ me based on optics alone—exacerbated a health-care emergency that could have made my physical health condition even more dire as I had to defend and educate others on trans issues as I was being treated to even try to preserve a shred of dignity. It was the worst healthcare experience of my life and I couldn’t believe it was happening right north of Boston.”

Actions speak louder than words and ongoing commitment to the LGBTQ community is needed and required, Ross affirmed.

“We did a lot of work to make sure that as an organization and as individuals we are able to ‘walk the talk,’” she said of Health Quarters’ employees and its practices. “In 2014, we evaluated all of our organizational policies and practices related to the equity and inclusion of our LGBTQ patients, visitors and employees against the Healthcare Equality Index (HEI) benchmarking tool. We continue to do this every year, and we are proud to be a leader in LGBTQ health care for the fifth year in a row.”

According to the HEI, 60 percent of participants earned the Leader in LGBTQ Healthcare Equality designation.

Throughout all five New England states, there were a total of merely 23 hospitals and facilities that made the cut as an LGBTQ Healthcare Leader. In contrast, North Carolina boasted 24 on its own.

To read the entire report and to see how the rest of the New England and the country stacked up, check it out the Index online at https://bit.ly/2N5cBkH.