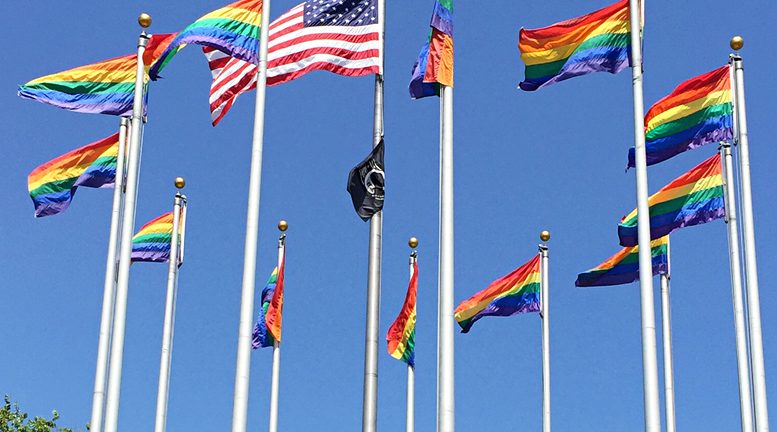 Salem Pride at Riley Plaza, Friday, June 3, 10:30 a.m. Check out the photos of the ceremony here.

Salem resident and LGBTQ activist Gary “Gigi” Gill donated pride flags to the City to be flown above Riley Plaza and Salem City Hall. On Friday, June 3rd, Gigi will continue this tradition and Mayor Driscoll invites the Salem and North Shore community to come together to help raise the flags and celebrate Salem’s proud diversity.

The flag raising ceremony is open to the public and will consist of a brief speaking program, including an interfaith prayer and song, followed by the raising of the pride flags at Riley Plaza.

Photos of the event can be found here.