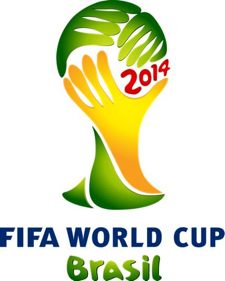 By: Dan Woog*/Special for TRT—

“Gay prostitutes” refers to a very loud, very clear chant favored by many (though certainly not all) Mexican fans. “Puto” is as much a four-letter word as any English slur: just as powerful, just as controversial, just as fraught.

Jaramillo notes that “puto” is not the same as “maricón” (“faggot”). But when tens of thousands of people in a packed stadium scream the word—and it is heard by hundreds of millions of television viewers around the world—ears prick up.

ESPN—which broadcast every World Cup match—may or may not have realized what was going on in the first game against Croatia. But it certainly knew afterward—and during the ensuing Mexico-Brazil match—when complaints poured in. The ABC-owned giant’s first response was that they use the audio feed supplied by FIFA, soccer’s international governing body.

Of course, as Outsports pointed out, ESPN could easily have muted the sound. “It’s hard to believe they would allow someone to say ‘faggot’ on their air without muting or bleeping the slur,” the gay sports website noted.

ESPN’s Bob Ley read a we’re-sorry-if-anyone-was-offended type of statement before Mexico’s game against the Netherlands. “This is a long-standing tradition at Mexican national team matches,” he said. “The word is an anti-gay slur in Spanish. Here at the World Cup this has become a bit of an international issue. FIFA has looked into it. Mexican officials have acknowledged the impossibility of policing the conduct and language of tens of thousands of fans.”

FIFA is soccer’s international governing organization. It had its hands full even before Puto-gate – it’s “looked into” racism, allegations of match-fixing, corruption charges and slave labor in Qatar, site of the 2022 World Cup, among other issues – but it did conjure up a statement even before the Cup began that was to be read in every stadium, before each match. [pullquote]“The word is an anti-gay slur in Spanish. Here at the World Cup this has become a bit of an international issue. FIFA has looked into it. Mexican officials have acknowledged the impossibility of policing the conduct and language of tens of thousands of fans.”[/pullquote]

It emphasized “mutual respect, regardless of gender, race, ethnic origin, sexual orientation, religion or class. These are the values and aspirations of FIFA, the wider world of sport and people everywhere.” And that was that.

Univision—the United States’ Spanish-language World Cup broadcaster—came down a bit harder than ESPN, with a bit more realism than FIFA’s Kumbaya statement. Univision “celebrates the diversity of the sport we love and can be enjoyed by all—absent what can be the hurtful consequences of certain words.” It made a commitment to “make sure that our own coverage and commentary is respectful and inclusive of all, including the gay community.”

Award-winning Mexican actor Diego Luna—who played gay characters in “Y Tu Mamá También” and “Milk”—said, “Soccer is a reflection of what we are in many ways. We live in a classist, racist, homophobic society … I’m not really proud of that.”

Here in the U.S., some commentators accused the gay community and its allies of overreacting. But University of New Hampshire associate professor of Spanish language Holly Cashman didn’t buy it. Writing for Huffington Post, she said, “It is important to stand up and call out linguistic practices that are hurtful and dangerous, even if they are part of beloved traditions.”

Homophobic slurs “are not just words,” she added. They “translate into real violence because they condone and normalize hate. Slurs translate into suicide, substance abuse and self-harming because they underscore the message that LGBTQ people are not worthy of life, love and happiness like everyone else.”

“Puto” may be a dubious Mexican soccer tradition. But it’s not the only one. For the sixth straight World Cup, the team was eliminated in the Round of 16.