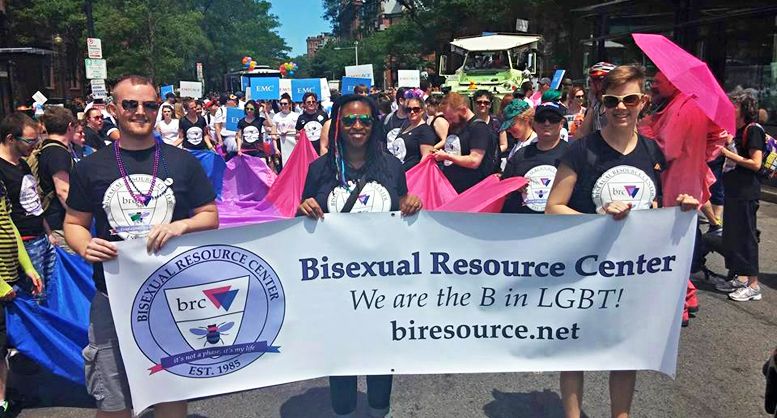 Bisexual Resource Center during a past Pride event.
Photo: Facebook

Pansexuality and bisexuality are often confused, but they are very different, indeed

BOSTON, Mass.—While LGBTQ individuals are continuing to gain more acceptance in society, there are still orientations that are often ignored or misunderstood.

Pansexuality is one of those.

The Merriam-Webster dictionary defines pansexual as “exhibiting or implying many forms of sexual expression.” “Pan-” is a Greek prefix referring to “all” or “every” coming together as one.

However, others believe there is a more concise definition.

“Pansexual” is often defined as an attraction to a person regardless of gender. This could encompass any or all (“pan”) identities along the gender spectrum,” said Kate Estrop, Co-President, of Bisexual Resource Center.

Many confuse pansexual with being bisexual. Estrop says that some people identify as both sexual orientations and use them interchangeability and that is ok.

“There’s not a clear-cut answer to this, nor a clear-cut difference. Many who identify as bisexual are attracted to individuals across the gender spectrum, and therefore see the two in ‘bi’ to mean being attracted to those of their own gender, and those of different genders from their own,” Estrop said. “This means that when I identify as bisexual, what that means for me might be exactly the same as what it means for someone else to identify as pansexual. In fact, some people use both labels to describe themselves.”

According to Estrop, it comes down to personal preference as to what some identifies with with any sexual orientation.

“What it really boils down to is personal preference,” Estrop said. “Labels should be descriptive, not prescriptive, and the assumption of one’s attractions based on Latin roots propagates further erasure and phobia for all non-monosexual people, no matter what they choose to call themselves.”

New York resident Cassidy Corbin started identifying as pansexual three years ago. She said she knows many people that confuse the two orientations.

“I believe people confuse the two due to the fact that they are quite similar but at the same time quite different,” they said.

Dr. Genny Beemyn, Director of the Stonewall Center at UMass Amherst, identifies as pansexual shared their thoughts about pansexuality.

“As I would define it, pansexuality is being attracted to other individuals, regardless of their gender assignment, expression, or identity,” said Beemyn.

Their experience with the terminology and how it is used prompted them to conduct more research about it.

“I did a national study of 200 college students who identify outside of a sexual binary, and there was no consensus on the difference between the two terms. Some used the words [bisexuality and pansexuality] interchangeably, some identified as pansexual but told straight people that they were bisexual because others would not know or get the term ‘pansexual,’ and some made clear distinctions between the two words,” Beemyn said. “Most often, the distinction that was made was that pansexual individuals are attracted to other people regardless of gender and that bisexual individuals are attracted to individuals of more than one gender, but gender may play a factor in their attraction (for example, being attracted to masculine-presenting people of any gender).

According to Beemyn, bisexuality is an evolving word with a broader definition nowadays.

“Some individuals, myself included, refer to themselves as pansexual because of the implied binary of ‘bisexual,'” they said. “But I also like how some people are redefining the ‘bi’ in bisexuality to mean being attracted to people similar to you and people who are different from you, so it remains a binary, but it encompasses everyone.”

Corbin has dealt with misconceptions of her sexual orientation since coming out. 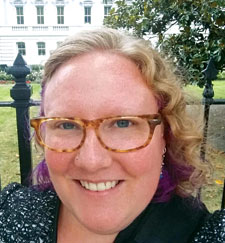 “People often say ‘so you’re just bisexual in fancy lettering” or “so you’re attracted to anything? What if you fell in love with a dog,” Corbin said.

They also experienced people thinking they was legitimately attracted to kitchen appliances. And, others have dealt with even scarier misinterpretations.

Nurse, Linda Barr, said she has people assumed, since she is attracted to all genders, that she would sleep with anybody.

“There were certain situations that people got very aggressive. They automatically assumed I would sleep with them based on my sexual orientation. Just because I am attracted to multiple genders doesn’t mean I am attracted to everybody I meet,” she said.

Some of the misconceptions come from not many people understanding or knowing what pansexual even is.

According to Estrop, some might want to pigeonhole others into narrow boxes like straight or gay. That, she explains, doesn’t work for everybody.

“As bisexuality has been erased from many questions, the concept that it is possible for anyone to be attracted to more than one gender is erased from the rhetoric of ‘gay’ and ‘straight’ discourse alike. ‘Pansexual’ is one of those words that describes that concept, and until the concept as a whole stops being erased, individual labels won’t appear either,” Estrop said.

Beemyn agrees with Estrop and thinks that the term remains a mystery to many heterosexuals.

“We were having this discussion in the Stonewall Center just this morning, as we try to make the distinction in the educational workshops that we offer, but audiences do not always get the difference,” Beemyn said. “A big part of the problem is that most straight people are unfamiliar with the term ‘pansexual.'”

4 Comments on "Updated: Understanding the Sexual Orientation of Pansexuality"